Both Harry and William are due to attend the ceremony at Kensington Palace – but rumours are growing the Duke of Sussex may boycott the event. The Prince admitted he was “afraid” of going back to the UK for Prince Philip’s funeral and that he found London to be “a trigger”.

And insiders believe he was upset by the cold shoulder treatment he received from some family members due to his comments to the media.

He made the comments on ‘The Me You Can’t See’, an Apple TV+ series he is co-hosting on mental health.

Appearing on TalkRadio, Charlie Rae, who has written a number of books about the Royal Family, warned Harry could find the unveiling difficult.

He said: “Harry said he felt trauma coming back for Prince Philip’s funeral, well he is going to feel more trauma because he is continuing to criticise his own family. 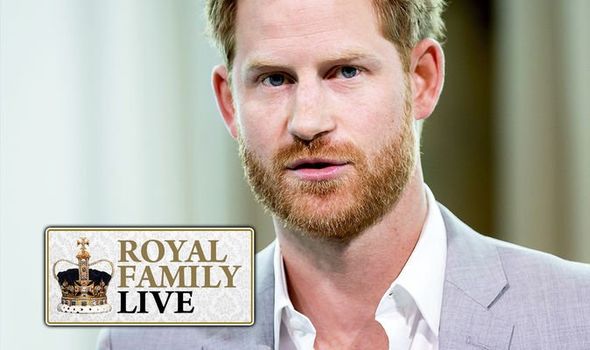 “It will be very interesting to see the reception he will get.

“I am sure he will get a good reception, I mean that genuinely, from Prince William and Charles.

“This is because they are doing something special and both of them are going to make their own speeches.”

8.05am update: Meghan Markle sparked call to ‘finish what US revolution started’ and ‘burn down monarchy’

Meghan Markle sparked calls in the US to “finish what the American revolution started” and to “burn down” the monarchy after her jaw-dropping revelations about royal life.

Meghan and Prince Harry have been at the centre of unprecedented interest and controversy since their decision to step down from the Royal Family.

The couple have since spoken openly about their struggles behind Palace walls.

Harry, in particular, has recently disclosed how being a royal affected his mental health and argued that his childhood suffered as a result of the way the Queen and Prince Philip brought up his father, Prince Charles.

The Queen has been urged to refuse to give approval for Prince Harry’s future TV appearances after he accused the Royal Family of “total neglect” during his new Apple TV docuseries.

In his new Apple TV documentary series The Me You Can’t See, Harry blasted his family over “total neglect” while explaining to Oprah Winfrey why he wanted to leave to protect his mental health.

Now it has been reported the Duke of Sussex sought approval for his new series from the Queen, but may not have told her the full scale of his swipe at this family.

Following the shocking revelations, Express.co.uk readers were asked between 1.10pm on May 27 and 11.15am on May 29, whether the Queen should refuse permission for any more Prince Harry television show.