he pair are planning to reunite publicly in July as they will stand together at the unveiling of a statue for their late mother, Princess Diana, at Kensington Palace, on what would have been her 60th birthday. This will be Harry’s first visit back to the UK following his shocking interview with Oprah, where he spoke about his brother being “trapped” in the Royal Family and confirmed they were on “different paths”. However, it has been reported Harry may be feeling reluctant to attend such an important event while tensions are simmering with his brother.

A source told US Weekly: “If Harry acts out on the day or even worse, doesn’t show up, William will never, ever forgive him.”

It comes as William has reportedly cut ties with friend and ITV royal correspondent Tom Bradby for being on “Harry’s side” wit his reporting of the royal fallout.

Harry is also said to be in touch with Mr Bradby regularly, but William now considers their relationship to be “very much over”.

A source told the Daily Mail: “The Duke feels let down by Bradby and the way he’s acted over the past few months. 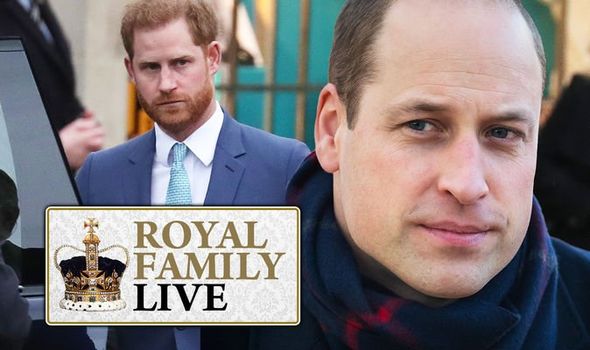 “William is a sensitive soul and believes it’s in times of crisis when you find out who your true friends are. It would be fair to say Bradby hasn’t been one of them.”

Mr Bradby famously joined Meghan and Harry for their tour of South Africa as he filmed a behind-the-scenes documentary.

Meghan revealed that nobody had asked her if she was okay after giving birth to son Archie.

Harry also confirmed there was a rift with his older brother during the documentary as he admitted they were on “very different paths”.

Coronavirus: Austrians let their hair down as curbs are relaxed