The Queen is one of several monarchs from the Royal House of Windsor. But the Royal House’s name has not always been Windsor, with King George V changing the name in 1917. Originally, the Royal House was Saxe-Coburg-Gotha, stemming from the name of Queen Victoria’s beloved husband, Prince Albert.

How is Queen Elizabeth II related to Queen Victoria?

Queen Elizabeth II is a paternal great-great-granddaughter of Queen Victoria.

And through her familial link to Queen Victoria, Queen Elizabeth II was also a distant cousin of her late husband, Prince Philip.

Prince Philip was also a great-great-grandson of Queen Victoria through his mother’s family.

Alice’s mother was Princess Victoria of Hesse and by Rhine, and her mother was Queen Victoria’s second daughter, Princess Alice.

The line of succession from Queen Victoria to Queen Elizabeth II

There have been several British monarchs since Queen Victoria and before the reign of Queen Elizabeth II.

DON’T MISS:
Royals stepping in for Queen will ensure COP26 is ‘roaring success’ [INSIGHT]
‘People paying attention!’ Kate hailed for ‘amazing’ engagement work [ANALYSIS]
FOUR royals to fill in for Queen at COP26 next week – all the details [EXPLAINER]

But Edward VIII abdicated the throne less than a year after his accession to marry American divorcee Wallis Simpson.

The abdication crisis of 1936 resulted in Edward’s younger brother, Prince Albert, Duke of York, ascending the throne under the regnal name of King George VI.

When King George VI died in 1952, his eldest daughter ascended the throne as Queen Elizabeth II.

Who is next in the line of succession?

After Queen Elizabeth II, her eldest son Prince Charles is expected to be King.

After Charles, his eldest son Prince William is next in the line of succession, followed by his eldest child Prince George.

George’s younger siblings Princess Charlotte and Prince Louis are fourth and fifth in line to the throne respectively. 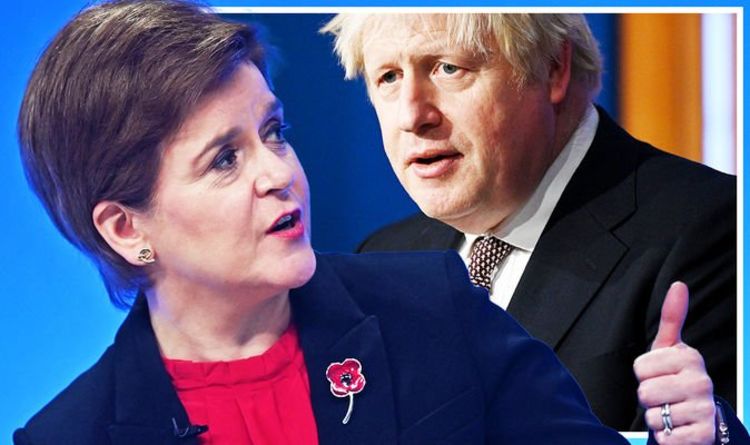