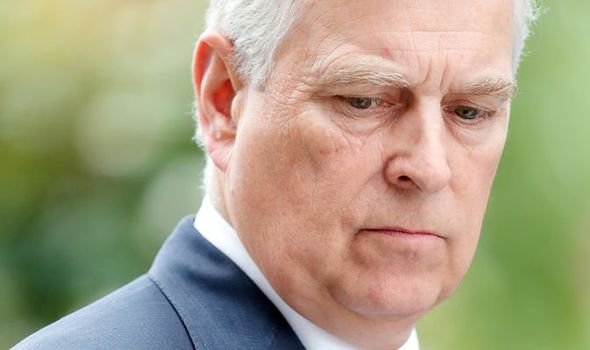 The BBC is due to broadcast part two of its controversial The Princes And The Press tomorrow. Last week senior royals accused it of giving credibility to “unfounded claims”.

The programme, presented by self-confessed republican Amol Rajan, will screen hours after opening arguments are heard in the New York trial of British socialite Ghislaine Maxwell.

The 59-year-old faces up to 80 years behind bars if convicted on six counts including the sex trafficking of children and enticement of minors ‑ allegedly on behalf of her late boss, paedophile Wall Street tycoon Jeffrey Epstein.

Prosecutors have revealed they intend to introduce up to six pages from his infamous “little black book” ‑ containing the names of some of the world’s wealthiest and most powerful men ‑ as “compelling evidence” of her guilt.

Legal experts believe the trial, expected to last six weeks, could prove highly embarrassing for those whose involvement with Epstein is mentioned in court.

Los Angeles-based lawyer Jim Fedalen said last night: “This includes Andrew, whose friendship with the man continued, as we know, long after he had been convicted of soliciting a minor for prostitution.

“No one can possibly know in advance whose names might be read from that book but if you were Prince Andrew, wouldn’t you be sweating it right now?”

The Duke of York is battling a multi-million-dollar civil lawsuit launched by Virginia Giuffre, who claims she was ordered by Epstein to have sex with the Prince on three occasions ‑ allegations he strenuously denies.

Ms Giuffre has not been listed as a witness in Maxwell’s criminal trial, but royal author Margaret Holder, writing in today’s Sunday Express, says there could still be “awkward questions relating to Andrew’s unwise relationships”.

She perceives the Maxwell trial as “likely to be far more damaging” than the BBC’s controversial docuseries and warned: “The Royal Family faces a difficult time ahead.”

More than 80 journalists, most of them following events via closed-circuit TV in overflow rooms, are expected to arrive at the Manhattan courthouse tomorrow for what several media outlets have dubbed “the trial of the century”.

It will not air live on network or cable channels in the US, with Mr Fedalen saying: “Cameras are actually allowed at very, very few federal trials; most of the cases you see live on TV (in America) are from state or city courts.

“You’d imagine this in itself provides some sort of relief to anyone in that black book who is fearful their name might be read out.

“The last thing you’d want is for that to happen in front of a live audience of millions around the world.”

This relief could prove short-lived for the Royal Family with the concluding part of Mr Rajan’s The Princes And The Press set to provide more uncomfortable viewing.

The opening episode last Monday was heavily criticised, with representatives of the Queen, Prince Charles and Prince William issuing a strongly worded statement against the programme for giving credibility to “overblown and “unfounded claims”.

The statement, from Buckingham Palace, Kensington Palace and Clarence House, said it was “disappointing” that the BBC Two series had chosen to air allegations regarding the Duke and Duchess of Sussex’s departure from Britain’s.

In light of this, former government minister Ann Widdecombe backed calls for the Palace to boycott the BBC and demanded the corporation scrap tomorrow night’s second episode of The Princes And The Press.

Ms Widdecombe, who is a columnist for the Daily Express, said: “The royals have obviously been upset by the documentary so I really do hope they boycott the BBC.”

Asked if the second episode should be shelved, she replied: “Yes, absolutely.”

Mr Rajan, 38, who was not available for interview about the programme last week, has been accused of being “highly selective” in his choice of material and of “siding with” Harry and Meghan, offering no right of reply to their claims”.

Last night a senior source who is a long-time BBC employee admitted: “There was a distinct lack of fact-checking, I thought.

“There are also dangers in repeating unattributed stories like this. There are always going to be some people who believe everything they see on television.”

The source described the series as being “not exactly Reithian” ‑ a cutting reference to Sir John Reith, the BBC’s first Director-General who declared it to be the responsibility of broadcasters “to enlighten and educate” as well as entertain.