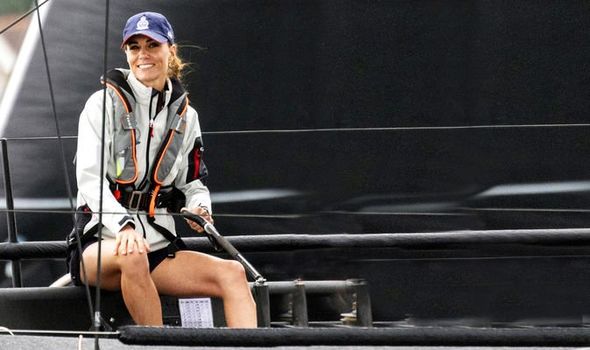 Competing in a yacht race that set off from the Isle of Wight recently, Kate’s high-cut athletic shorts, toned legs and stylishly swept back hair all met with admiration. But it was her lifejacket, not her clothes or accessories, which may become the most copied part of her Cowes outfit. And the creators of the BackTow lifejacket hope they will save countless lives in sailing and yacht racing thanks to its revolutionary design. As the Duchess and husband, Prince William, wowed the crowds at the inaugural King’s Cup charity yacht race, sailing-mad siblings Oscar and Lauren Mead were stunned to see their product on display.

Both Kate and William were wearing the unisex lifejackets designed and made by their award-winning Southampton-based company, TeamO.

“There was a lot of bouncing around the office, everyone was jumping around,” said Oscar, 28. “We called in all our production team, we were super proud.”

The TeamO BackTow vest sported by the young royals is the first lifejacket capable of turning the wearer’s face upright should they fall into the water while harnessed to their boat – preventing drowning at high speeds in bad weather.

Seeing the country’s future king and queen wearing something you have invented was a proud moment but for Oscar and Lauren, 31, it was also poignant.

Their creation was inspired by the tragic death in 2011 of yachtsman Christopher Reddish, 46, who drowned while tethered to his yacht, Lion after falling overboard during the Morgan Cup race.

It took crew members, including the experienced sailor’s son, 16 minutes to retrieve him as he was dragged through rough seas in 30mph winds.

Lauren, then 23, was competing in the same 95-mile cross-Channel race between Cowes and Cherbourg, France, and heard the radioed mayday calls. 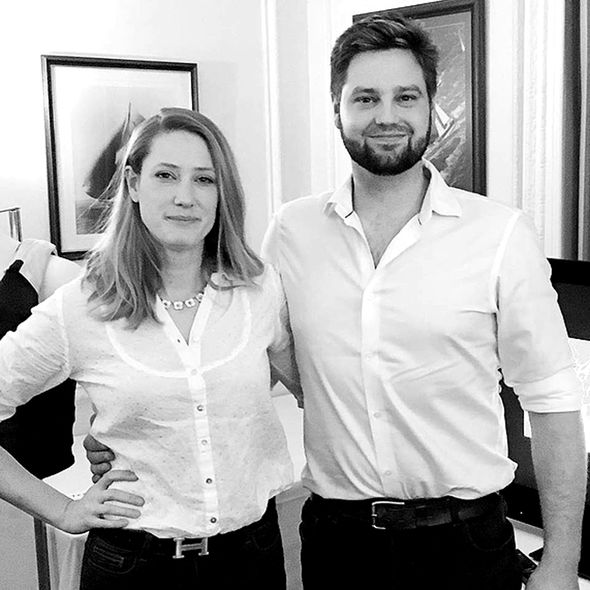 She said: “It was a night of howling wind and wild waves, the crew and I sat on the rail wearing our foul weather gear and lifejackets, trying to shield our faces from the stinging rain.

“We were all hanging on in extremely challenging conditions.

“I remember the shock going around the boat at hearing the drama on Lion unfolding over the radio, it was extremely scary.”

Hearing from his sister what had happened the following day, Oscar had his “lightbulb moment”.

“Having spent a couple of years as a professional sailor in a round-the-world race and then seeing this guy die, I thought I have to do something about it,” he says.

“With a traditional lifejacket, the harness is clipped to the chest and the water forces your legs out behind you, forcing the head and shoulders down into the oncoming waves.

“Even a strong person can’t fight the weight of the water washing over their face and breathing is impossible.”

He added: “I thought, ‘I am going to have to go out and wear a product that doesn’t work’, which is madness when you think about that.”

Within 48 hours, the naval architect had mocked up a basic modification to the traditional harness using old lifejackets and string and the TeamO BackTow lifejacket began to take form.

The difference between the TeamO and other lifejackets is in the all-important harness. When sailors fall overboard, their vests automatically inflate within five seconds and they are towed face down in the water by the safety line.

In the case of a TeamO vest, at inflation, the clearly-marked BackTow handle located on the chest can be pulled and this automatically shifts the clip-on position of the harness from the front to the back, which flips wearers over and pulls their faces out of the water.

Once on their back, wearers are able to survive being towed at speeds up to 15 knots or 17mph, hugely reducing the risk of drowning.

Oscar, who was the youngest participant to enter the Single-handed Trans-Atlantic Race (formerly OSTAR), aged 18 in 2009, believes his firm’s design is unique.

TeamO’s vests are also unisex, so slip easily over the shoulders of whoever puts one on.

The one-fits-all design accounts for women’s curves and men’s straight upper bodies, something Oscar says the “rest of the market has largely ignored”. 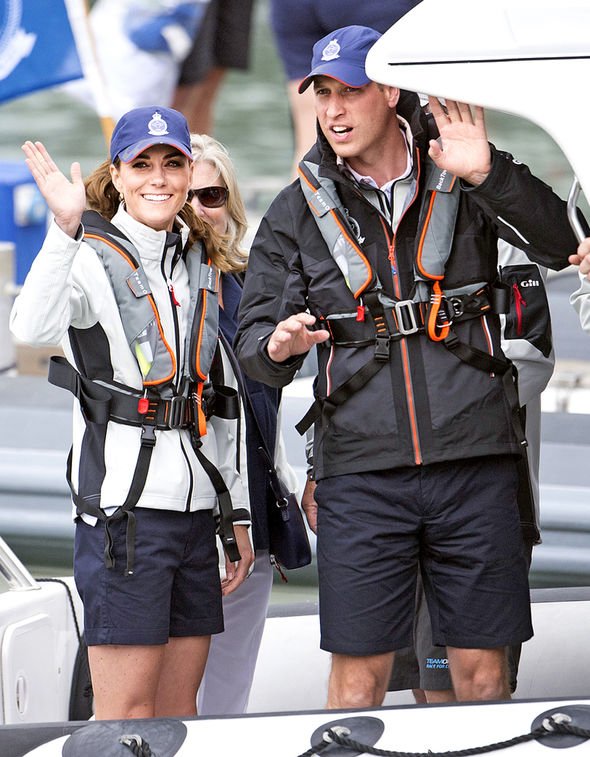 The siblings spent seven years – including five years of development – before their lifejacket could pass all industry tests to be officially approved.

The idea is so simple, it begs the question why wasn’t it was invented before?

Oscar said there was a “definite push back from the industry” in pursuing a new technology.

“I would be a liar if I said there were days when I didn’t wonder why I had done it,” he says. “However, we are a team of passionate sailors. It was a product we put our lives into, we had to develop something that if our friends put it on, it would save their lives.”

Today, the business operates from premises near the Itchen Bridge in Southampton, and is supported by 200 investors. 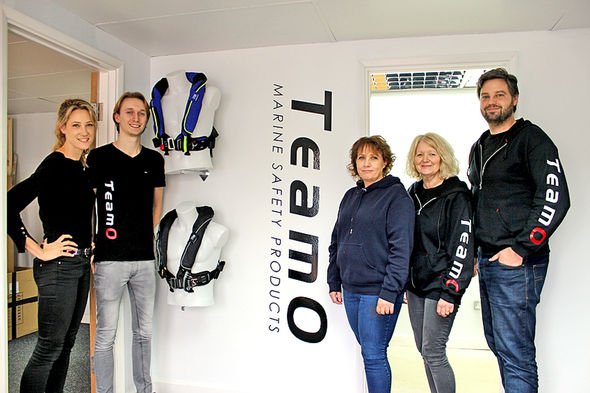 “We’re really proud to have British manufacturing. Before then we couldn’t react, change colours or manage quality control,” says Oscar. “We made the decision to come back and it’s all been positive from trying new colours and using different materials.

“We only ever try to put out the highest quality and it’s great we have a team working towards that.”

The business is still small with five machinists sewing each jacket from scratch. They are made of nylon and space mesh, a breathable fabric designed to keep sailors cool.

So far, the company has 25 UK retail partners and distribution rights in eight countries. The lifejackets are promoted by the Royal National Lifeboat Institution at roadshows around the country.

TeamO is also aware consumers regard comfort and fashion as highly as safety – even in the sporting world and have incorporated both into the design. 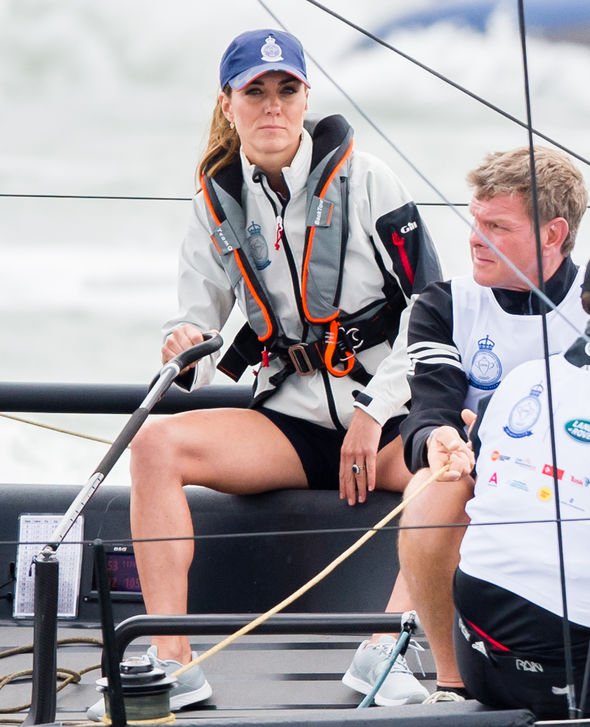 Says Oscar: “You have to make something people will want to wear and is not itchy.

“The same goes for style. Our design is quite inoffensive and minimalistic in three colours. It is not meant to be centre stage. It is just designed to work when you need it.”

But as well as the royals, TeamO products are gaining traction elsewhere. British sailing legend Tracy Edwards MBE, who in 1989 was the first skipper to lead an all-female crew in the Whitbread Round the World Yacht Race, has enlisted TeamO to make custom-branded lifejackets for her latest maritime adventure.

Tracy and her reunited Whitbread crew, who inspired millions of girls 30 years ago, are back on their restored Maiden yacht for a world tour promoting female education.

Their new mission can be tracked on the Maiden Factor website as they sail 60,000 miles, putting in at Los Angeles, New York, Kerala, Shanghai, Cairns and more.

Oscar does not know what Kate and William thought of their life-saving kit. But says: “As far as I know, they’ve kept their jackets which is always a good sign.”