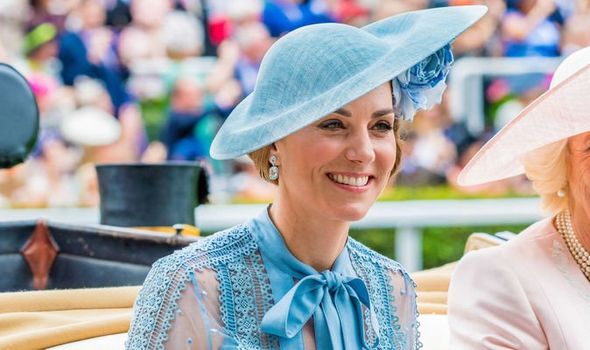 It was not clear what they were discussing in the parade ring at Ascot, but whatever it was added to the jollity on a big family day out for the Queen and many of her children and grandchildren. On the first day of the royal race meeting, there was virtually a full house of senior members of the Windsor family at the course. The Queen, resplendent in a blue Angela Kelly outfit, was joined by Dutch royalty in the carriage procession. A day after attending the Order of the Garter service at Windsor, King Willem-Alexander of the Netherlands and his Argentine-born wife Queen Maxima sat with the Queen and the Duke of York for a ride down the racecourse. 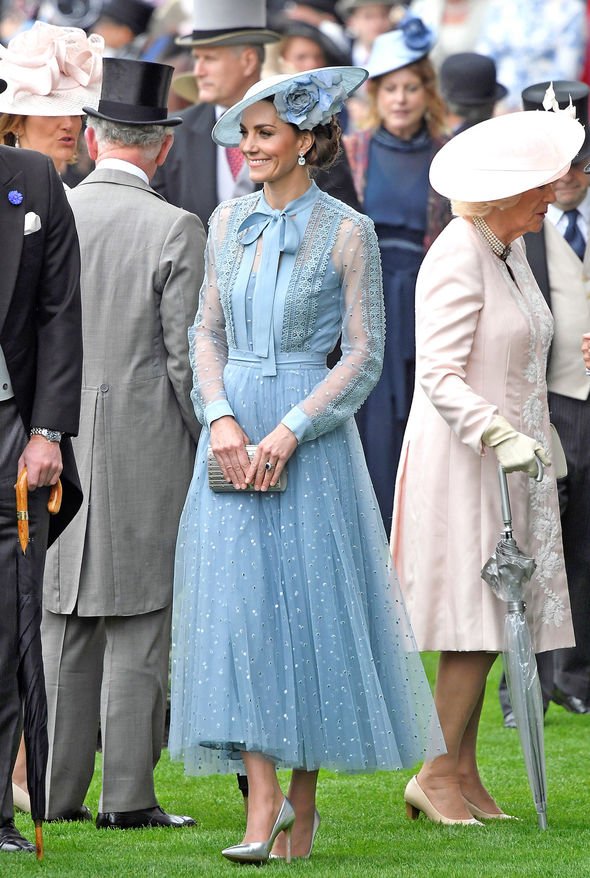 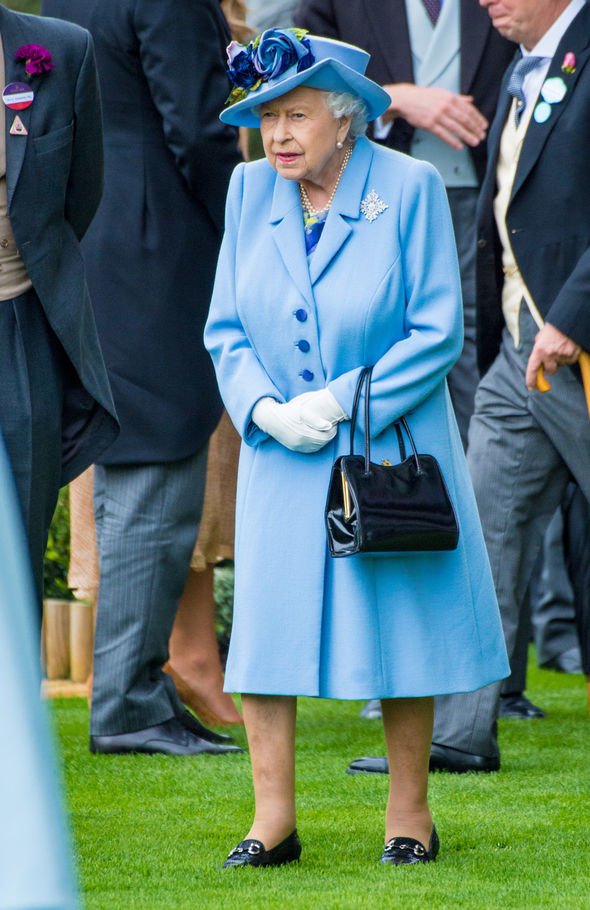 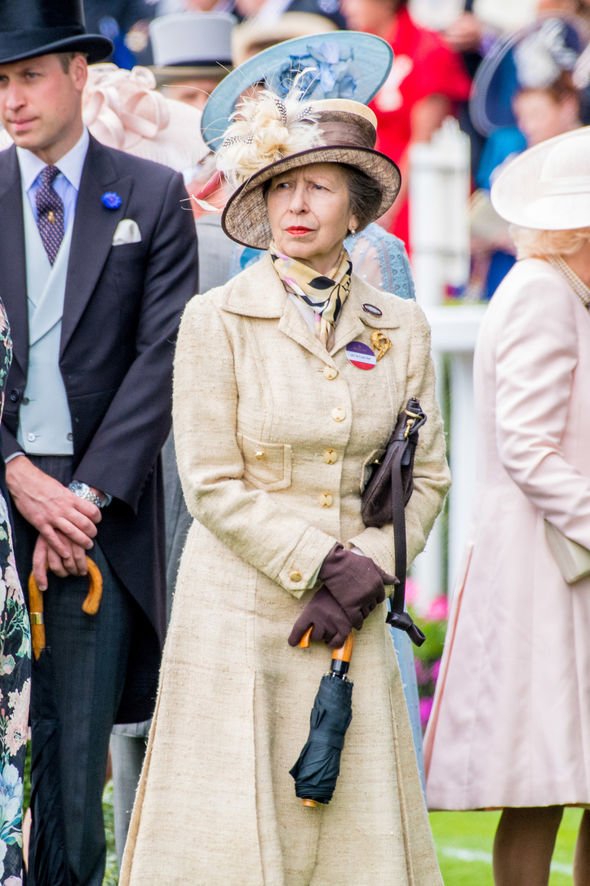 The Princess Royal was there along with the Prince of Wales, Camilla, William and Kate, who was wearing a £1,275 blue Ellie Saab ensemble of macramé lace blouse and matching tulle skirt with a matching Philip Treacy hat.

Also on parade were the Earl and Countess of Wessex, who celebrate their 20th wedding anniversary today. 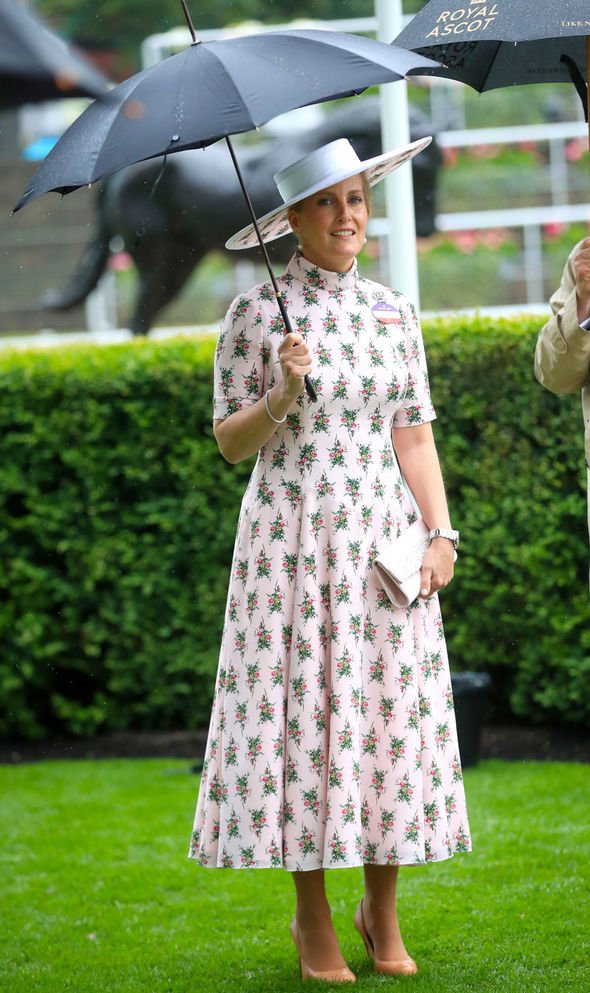 Sophie, above, looked stylish in an Emilia Wickstead dress and Jane Taylor hat.

Eugenie rode in a carriage with her sister Princess Beatrice, 30, below.

Notable absentees were the Duke and Duchess of Sussex and Prince Philip. 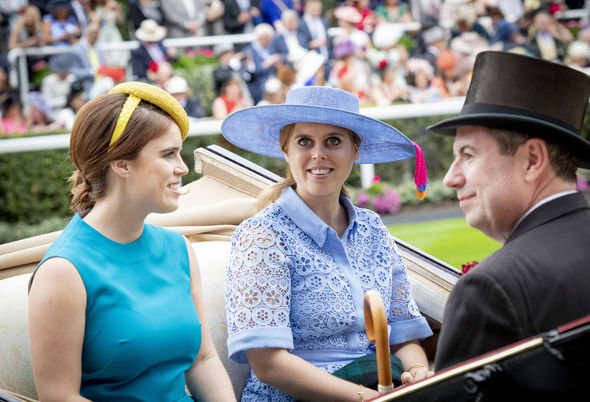 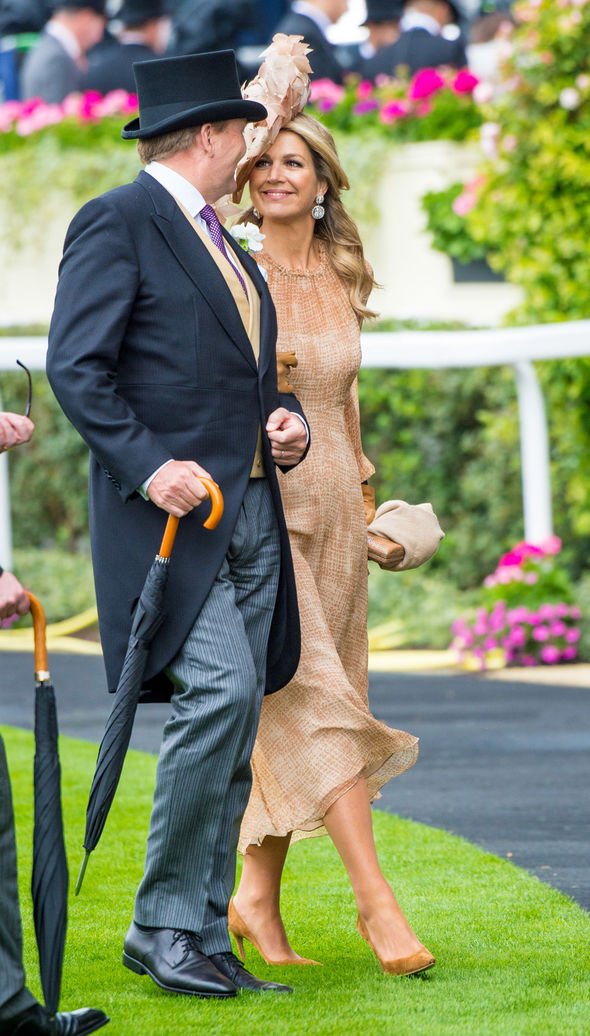 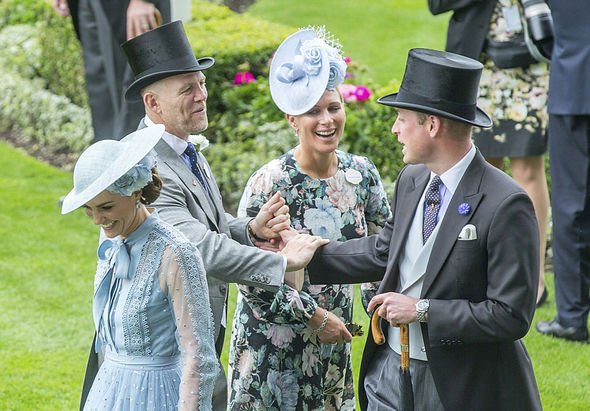 The Queen’s cousin, Princess Alexandra, who was at Garter Day on Monday but regularly suffers bouts of ill health, had been due to go to Ascot but pulled out.

Heavy downpours during the afternoon sent thousands of racegoers scuttling for shelter at the Berkshire course. 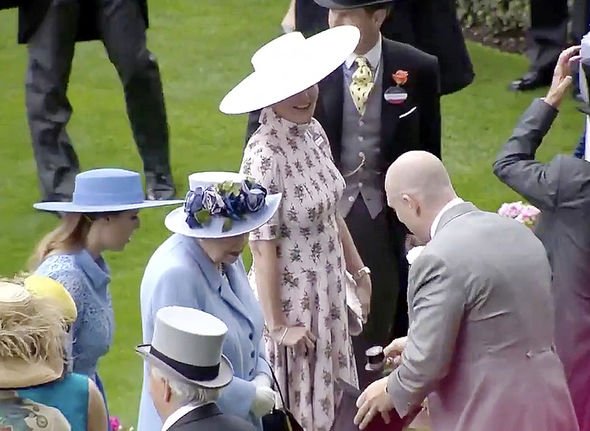 Many covered their hats with umbrellas while fashion designer Zara Zoffany, 25, from London, improvised with a box lid to protect her ostrich-feather creation.

She said: “I really enjoy the experience of Royal Ascot and the weather’s not going to spoil that.”

New role for Kate? Duke of Kent steps down as president of All England Club