Royals are just as susceptible to falling victim to the raging coronavirus infection as anyone else. This means members of Royal Families around the world are subject to the same rules of hygiene, social distancing and more in effect across their countries. Throughout the pandemic, some royals have been caught out for breaching the rules. But which royal has reached the rules this week?

Belgian Prince Joachim has been at the centre of royal controversy after he was fined more than £9,000 for breaching coronavirus lockdown rules in June.

Joachim, the youngest son of King Philippe’s sister, Princess Astrid and her husband Prince Lorenz, Archduke of Austria-Este who is currently 10th in line to the Belgian throne, was issued with a €10,400 (£9321) fine after breaking lockdown restrictions in effect in Spain at the time.

He had arrived in Spain for an internship on May 24 but failed to observe the mandatory 14-day quarantine period upon his arrival.

Instead, Joachim attended a gathering the southern city of Córdoba two days later.

Prince Joachim then tested positive for the coronavirus after visiting Córdoba and later issued a statement of apology to the public. 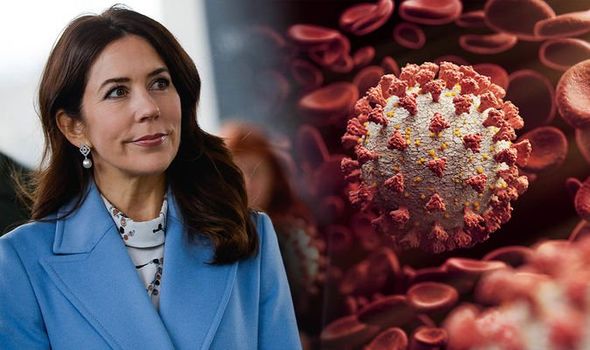 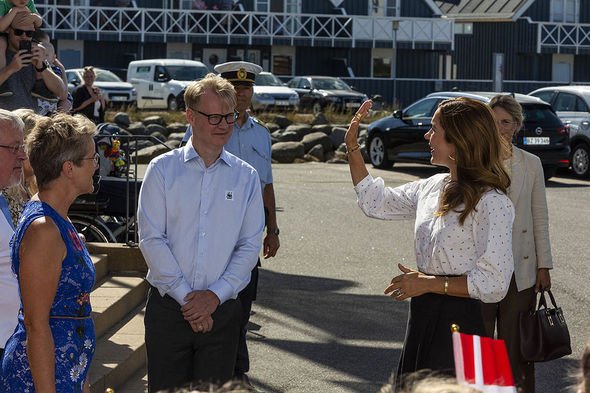 Prince Joachim is not alone in contracting coronavirus, Prince Charles was the first royal confirmed to have tested positive for the virus in March.

Princess Claire, the wife of Prince Laurent of Belgium also tested positive for the virus in March.

Princess Marie-Thérèse of Bourbon-Parma became the first “royal” to die after contracting the virus, although she was from a non-reigning family.

Prince Albert of Monaco, 62, was confirmed to be the first head of state to have tested positive for the virus. 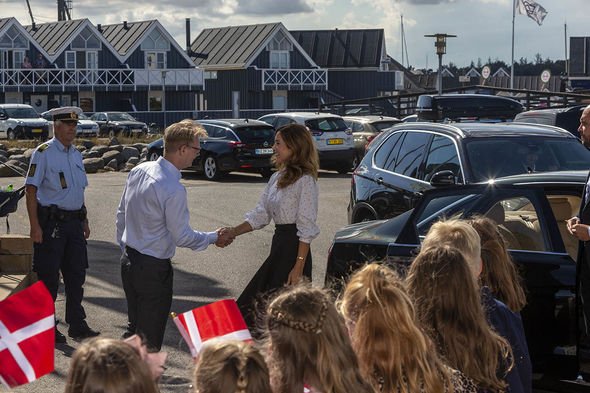 This week the Crown Princess Mary of Denmark issued an apology after she forgot coronavirus protocol during an engagement.

When undertaking her first royal engagement since the summer holiday which involved a visit to the Grenaa sea aquarium on Wednesday, Princess Mary shook hands with one of her hosts for the day.

This shaking of hands breached the Danish National Board of Health guidelines amid the COVID-19 outbreak.

The following day, Princess Mary expressed her regret on Instagram.

The caption translated from Danish reads: “On land, at sea and in the air – we have to get used to wearing sanitary napkins.

“It is important that we follow the health authorities’ recommendations together. ⁣

“Yesterday I was in Grenaa for my first official visit after the summer holidays.

“At sea and in the air it went fine, but on land, it slipped for me and I, unfortunately, came to shake hands.

“It reminded me how important it is that we help each other live up to the recommendations. 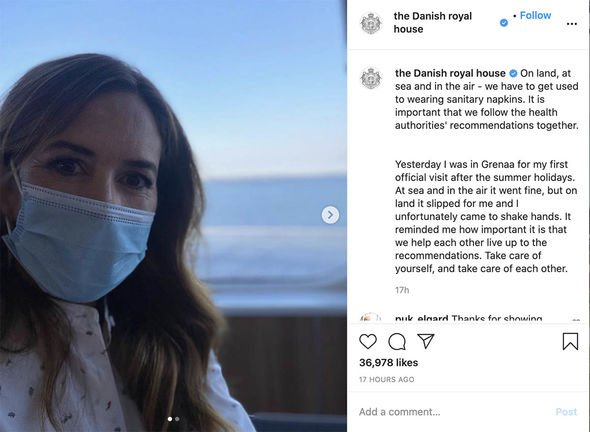 Princess Mary’s visit to the aquarium, where she released 50 rays into the wild, came as she was appointed as the President of the World Wildlife Foundation.

Princess Mary additionally knelt on a dock to hold five thornback rays in a net.

The Danish Royal Family was previously impacted by the pandemic when Mary’s children were forced to return from the school they were attending in Switzerland due to the crisis.

The four royal children of Mary and Prince Frederick had been undertaking international study experience at Lemania-Verbier International School in Switzerland, but returned weeks early due to the pandemic.

The country has a fatality rate of just 3.87 percent and a recovery rate of 85,76 percent.

In total, there are 2,866 cases per million residents.