Simone Simmons was a healer for the princess, one of the many people she consulted on health and wellbeing. Ms Simmons recalled Harry making the comment when he was sitting on Diana’s lap. He said: “The only time I get Mummy all to myself is when I’m off sick.”

This shows how, even though Diana tried to be as present as possible for both her boys, he still treasured those moments when they were alone together ‒ without William, or servants.

Ms Simmons told this story to the Daily Mail last year, adding: “She didn’t have a favourite son and loved them both to the ends of the earth.

“She didn’t spoil them, she exposed them to the real world and they were just lovely.” 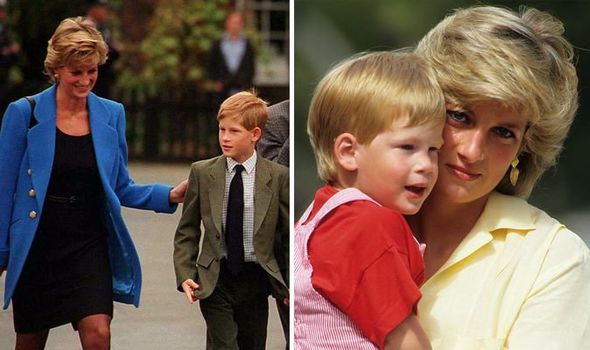 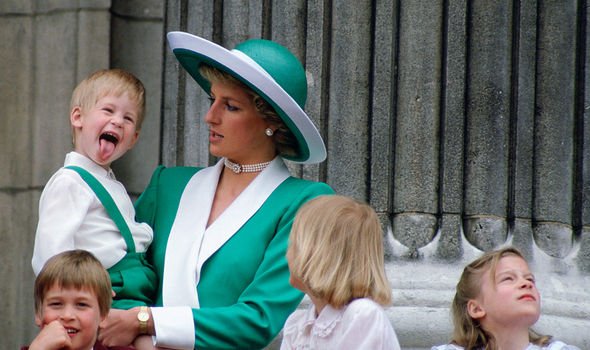 This will be the first time Prince William and Harry have been on different continents for this sad time of year, and they are further apart emotionally than ever before too.

In anniversaries past, the brothers have been to memorials together and even put on the Concert for Diana for the 10-year anniversary of her death in 2007.

The benefit concert at Wembley Stadium on what would have been her 46th birthday featured some of the world’s most famous entertainers and singers, and the proceeds went to Diana’s charities, as well as to charities of which the princes were patrons.

This year, things could not be more different, as the two men “barely speak” now, according to Omid Scobie, author of the new biography of Harry and Meghan Markle entitled ‘Finding Freedom’. 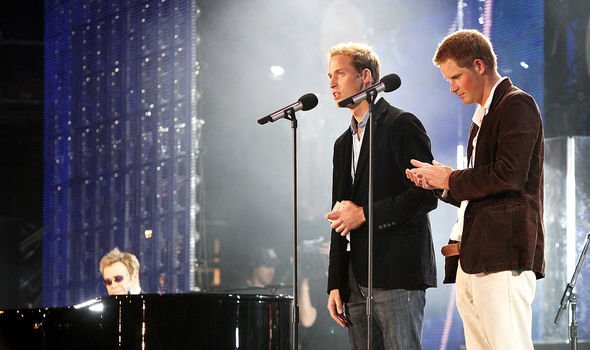 Mr Scobie also claimed on True Royal TV’s The Royal Beat that the princes did not talk at all for two months after Harry announced he and Meghan would be stepping down as senior royals.

This is because the Duke and Duchess of Sussex revealed their plans to quit the Royal Family without warning them first, and against the Queen’s expressed wishes.

William was apparently “hurt” that Harry would act in a way that was not in the best interests of their family.

The Queen then called a meeting at Sandringham with Prince Charles, William and Harry, where they hashed out where they would go from there, after which it was announced what the royal split would look like. 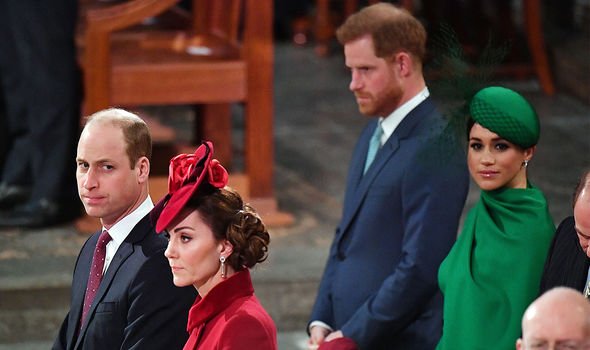 The couple’s final public engagement as royals was the Commonwealth Day service at Westminster Abbey in March, where Kate, the Duchess of Cambridge, was accused in the book of barely acknowledging her sister-in-law.

Then, Harry and Meghan whisked themselves off back to Canada for a short while, before moving to California.

Mr Scobie said: “Where it really went wrong for Harry and Meghan and the Cambridges was the decision to go public with the roadmap to their new working model, the statements that weren’t discussed internally.

“He’s not just the brother. He’s also a future King and he felt that that damaged the reputation of the family, that it put the family business out in the public domain when it should have been discussed privately.

“And there was a lot of hurt there that remains to this day.

“It’s why we saw such an awkward moment at that Commonwealth service.

“The brothers had not spoken since around the time of the Sandringham Summit. They hadn’t seen each other.

“And, you know, that’s really going to take some time to heal.”

It will be a very sad day for both William and Harry on Monday, made even more difficult by the fact they no longer have each other to have a heart to heart with.