The Royal Mint has revealed a ten-kilo gold coin to celebrate the conclusion of its Queen’s Beasts commemorative coin collection. The coin is the largest the Royal Mint has produced in its 1,100 year history.

The coin captures all ten beasts side by side in a single design with the Queen in the centre. Among the beasts are The Lion of England, The Unicorn of Scotland, The Red Dragon of Wales and The Griffin of Edward III.

The Queen’s Beasts series takes inspiration from the ten stone statues which lined the Queen’s route to Westminster Abbey at her coronation in 1953. Each statue represented a royal ancestor that had gone before her and were created to watch over the Queen throughout her reign.

Each statue was six-feet tall and created by sculptor James Woodford. 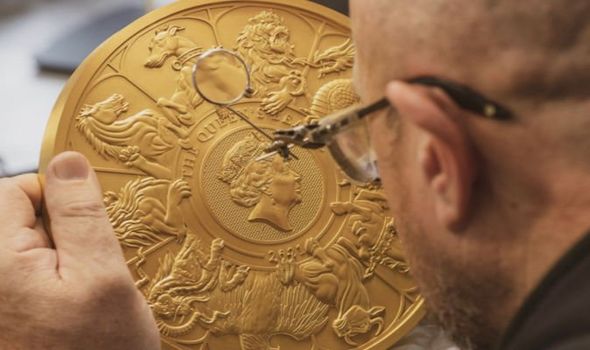 After the coronation, the statues were displayed at Hampton Court and then Windsor. Today, The Queen’s Beasts can be found at the Canadian Museum of History in Quebec. Portland stone replicas, also carved by James Woodford, watch over Kew Gardens.

The first coin in the Royal Mint’s Queen’s Beasts collection was released in 2016, the year the Queen became the world’s longest reigning living monarch.

Royal Mint coin designer Jody Clark said: “I researched the origins of heraldry and coats of arms and wanted to replicate the sense of strength and courage they were designed to convey. 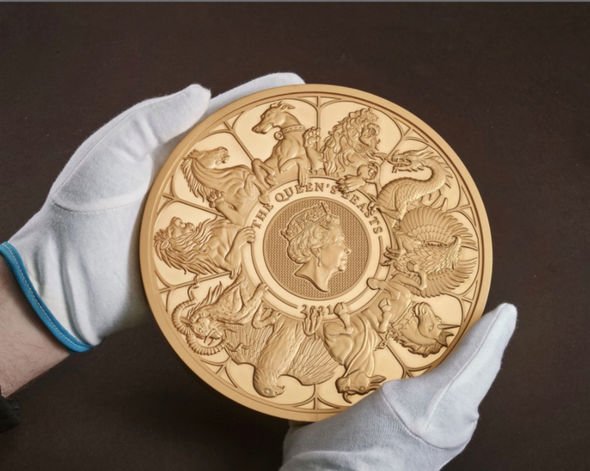 “I created a sense of movement to make the beasts bold and dynamic but the shields they guard still feature strongly as they are integral to the story.

“I took inspiration from the original Queen’s Beasts, both the versions in Canada and the stone replicas here in the United Kingdom. They are very stylised and look imposing as statues but the challenge was to capture this on the surface of a coin.

“When it came to areas like the eyes, I kept them blank. Adding too much detail softened the look and I think this way there is still a sense of sculpture reflecting the originals.”

Want to own piece of royal history? Queen and Philip’s rare Christmas cards up for auction