Prince Andrew and Prince Charles are said to have had a strained relationship over the years, with the Duke of York conspicuously absent from the Queen’s 2012 Jubilee celebrations. Many interpreted the move as Charles’ new vision for a pared-back monarchy, which has been compounded by his refusal to allow Andrew’s daughters Beatrice and Eugenie on the royal payroll. However, the Prince of Wales was particularly annoyed when his younger brother took on a Government-allied role as Trade Envoy, according to a royal expert.

Mr Jobson said: “My understanding is that Prince Charles was less than happy that Andrew was given the role of Trade Envoy back in 2001 after he left the Navy.”

Prince Andrew was given the role of Special Representative for Trade and Investment in 2001, with a remit to “promote British businesses abroad”.

As envoy, he worked for “UK Trade and Investment”, which reports to the Foreign Office and the Department for Business, Innovation and Skills. 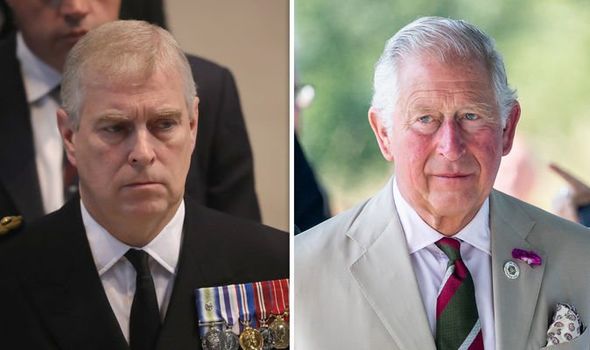 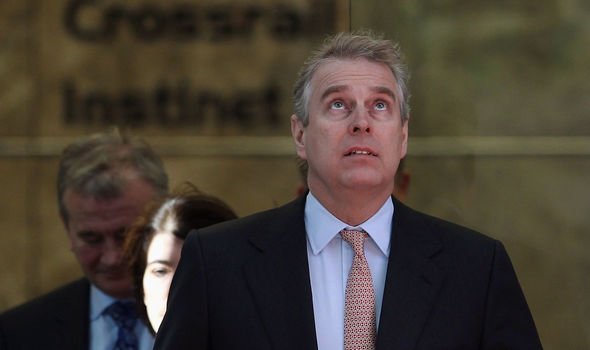 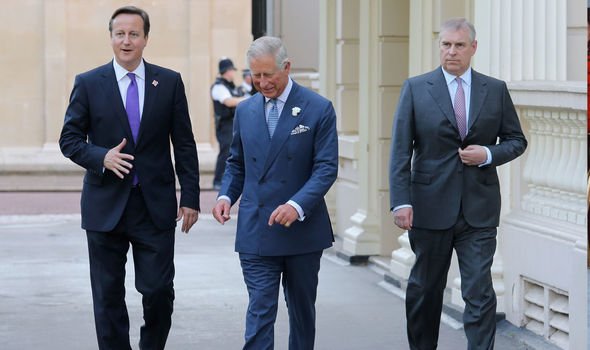 The Duke of York stepped down in July 2011 after attracting criticism for his decisions to hold meetings with controversial figures, including Colonel Gaddafi’s son Saif.

Mr Jobson gave his opinion that many of the controversial decisions Andrew had made “have been done with his daughters’ welfare in mind” despite Charles envisioning a more streamlined Royal Family, not including Beatrice and Eugenie.

He said:  “When Charles ascends the throne – which he will do despite all the talk to the contrary – he’d like the Royal Family to be streamlined; he wants a smaller, more cost-effective monarchy.

“Andrew has made a tremendous effort to keep Beatrice and Eugenie close to the Queen in order to assure their future as fully paid-up members of the Firm, as the Royal Family is called.

“In addition to their status as royal highnesses, Andrew has always wanted them to have around-the-clock security and the rank of working royals.

“But if Charles has his way, the girls will be thrown off the royal payroll and have to fend for themselves.”

This prediction came true in 2012  when the two princesses were kept from receiving funds from the Sovereign Grant, after already having been stripped of  their £500,000-a-year royal protection officers in 2011.

In 2016, the Duke of York was said to be furious when his written request to the Queen asking that the princesses be funded by the Sovereign Grant was turned down.

At the time, a royal source said: “Andrew has always wanted his daughters to be full-time royals.

“He sees it as a slight on him and them if they are not.

“But Charles calls the shots and he wants the Royal Family giving value for money.

“He believes his daughters are being overshadowed by William, Kate and Harry and it will get worse as Prince George and Princess Charlotte get older.

“He fears that they will be totally sidelined when the Queen dies.”

Jurgen Klopp calls Liverpool volunteers who made PPE during pandemic