Home » Europe » Royal rift is the deepest of chasms – William is fighting back, says MARGARET HOLDER

“Fear over the vulnerability of electronic, recorded or written transmission could mean William may be advised to resort to communication only by lawyers. The brothers share both a royal heritage and their mother’s legacy. They are locked for life through her tragedy, but that has not proved enough to keep them together. In 2009, wearing the dress uniform of the Blues and Royals regiment, of which they were both lieutenants, they posed for a portrait by artist Nicky Phillips. The picture captured the warm camaraderie that promised so much for the future of the monarchy. Nine years later they wore the same uniform for Harry’s wedding to Meghan Markle. 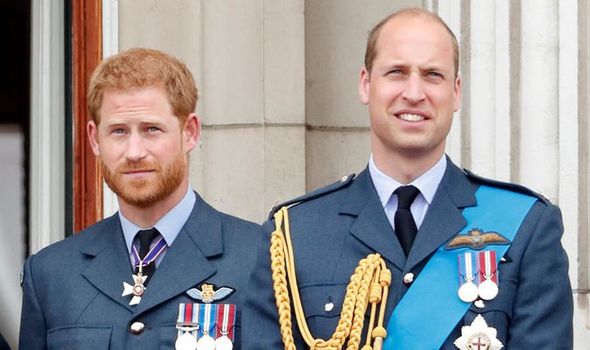 However, behind the scenes, the once secure ties were already unravelling.

Following the dramatic departure of Harry and Meghan a year ago, and their seismic interview with Oprah Winfrey. , it is hard to imagine a deeper chasm.

William’s fightback has begun. Seeing his family, and especially his wife, traduced on air, he has openly challenged accusations that his family is racist. Their children’s touching Mother’s Day cards dedicated to “Granny Diana” reminded everyone that William’st his mother too.

Fast forward 10 years and where will Harry and Meghan be?

She will be facing 50 with much of her allure spent. Their commercial exploits may be lessened by falling popularity and the rise of younger celebrities.

Over here, William and Kate will be Duke and Duchess of Cornwall, and if Charles grants it, Prince and Princess of Wales. Their teenage children, George, Charlotte and

Louis, will be the new stars.

And their American cousins will hardly know them.

Princess Eugenie and Princess Beatrice: When will royal sisters get to reunite?

Royal finances: How much money did the Royal Family spend on travel?