William is considered a doting parent and has been keen to grant his three children a “normal” upbringing where he can. However as his eldest recently turned seven, royal watchers are wondering whether William has started to teach his son about his future and how he will one day become the reigning monarch. The Duke of Cambridge told the BBC in 2016 that “as far as we’re concerned, within our family unit, we are a normal family”, and that “I love my children the same way any father does”.

He added: “There’ll be a time and a place to bring George up and help him understand how he fits in the world, but right now it’s just a case of keeping a stable environment around him and showing him as much love as I can as a father.”

While William wasted little time in taking George on his first ever royal tour, he ended up making some surprising remarks about his firstborn — which showed how he was just as cheeky as any other baby.

The third-in-line to the throne went with William and Kate Middleton during a royal tour when he was almost nine months old.

Speaking to his hosts in New Zealand, William said: “I hope that George doesn’t keep you up. 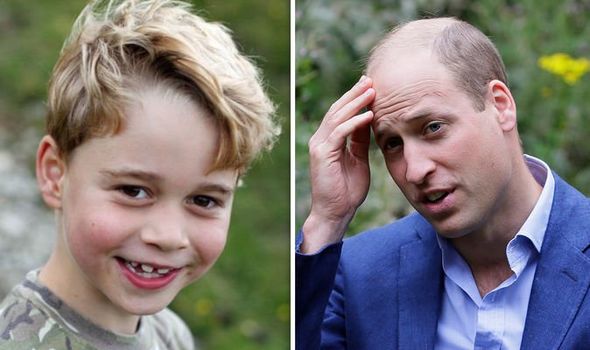 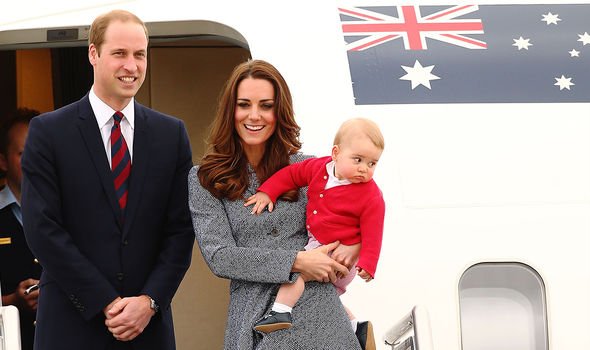 “He’s at his most vocal at 3am, as you may have noticed.”

George was also taken on a playdate with other babies at Government House, in Wellington.

Fellow parent Grant Collinge later said that George was “bubbly, a little bit feisty too, but a very friendly baby”, providing some telling insight into the third-in-line.

Mr Collinge continued: “He owned the place. No one was going to stand in his way.” 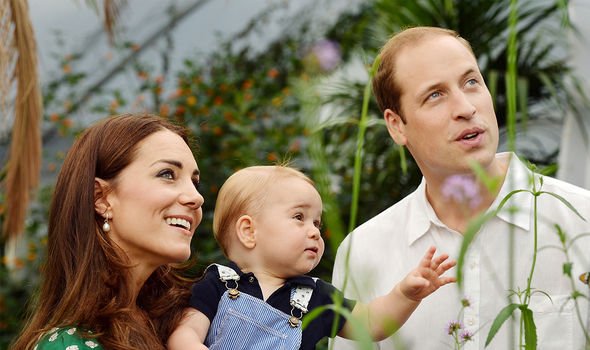 George also caused some hilarity when he visited a zoo in Sydney, Australia.

Several outlets reported that he “squealed with delight” when he was presented with a marsupial, a bilby, named after him.

However, Kate stopped him from actually touching the bilby, saying: “He’s got quite a strong grab actually.”

When the zoo director then tried to give him a stuffed bilby, he threw it to the floor “to the laughter of everyone watching”, according to The Telegraph. 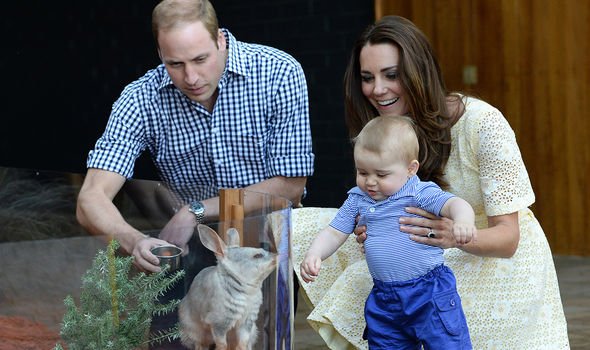 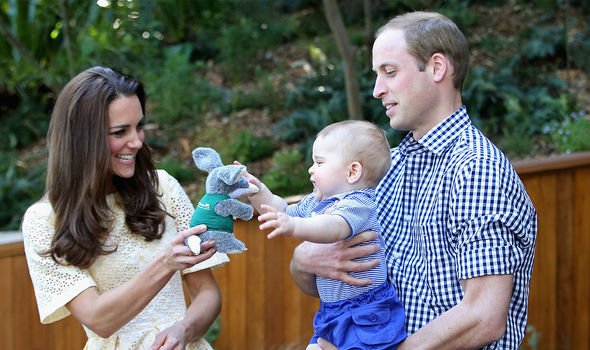 William allegedly quipped: “He does love it, honestly.”

The BBC’s royal correspondent Nicholas Witchell also claimed that George “stole the show” during the whole of the royal tour.

In a 2014 report, he wrote: “On each occasion, the appeal of a nine-month-old future king had upstaged even the glamour of a future queen consort and her husband.”

The tour also saw support for an Australian republic dip to its lowest level in more than three decades at the time, according to a poll for the Sydney Morning Herald. 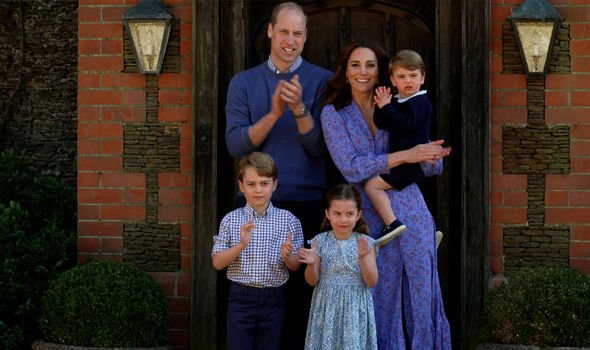 The Prime Minister at the time, Tony Abbott, said the trip had been “one of the very best royal visits” Australia had experienced.

Funny anecdotes from William about George during his first few years would often delight royal fans.

For instance, in July of 2014 — shortly after George’s first birthday — William told the public how “at the moment, bath time is quite painful”, which was met with a wave of laughter from the audience.

William and his wife Kate Middleton have two other children, too — Princess Charlotte, five, and Prince Louis, two — who follow George in the line of succession.

Alternatives to milk boom as consumers turn to vegan diet

Man fighting for his life after double stabbing in Manchester
Asia