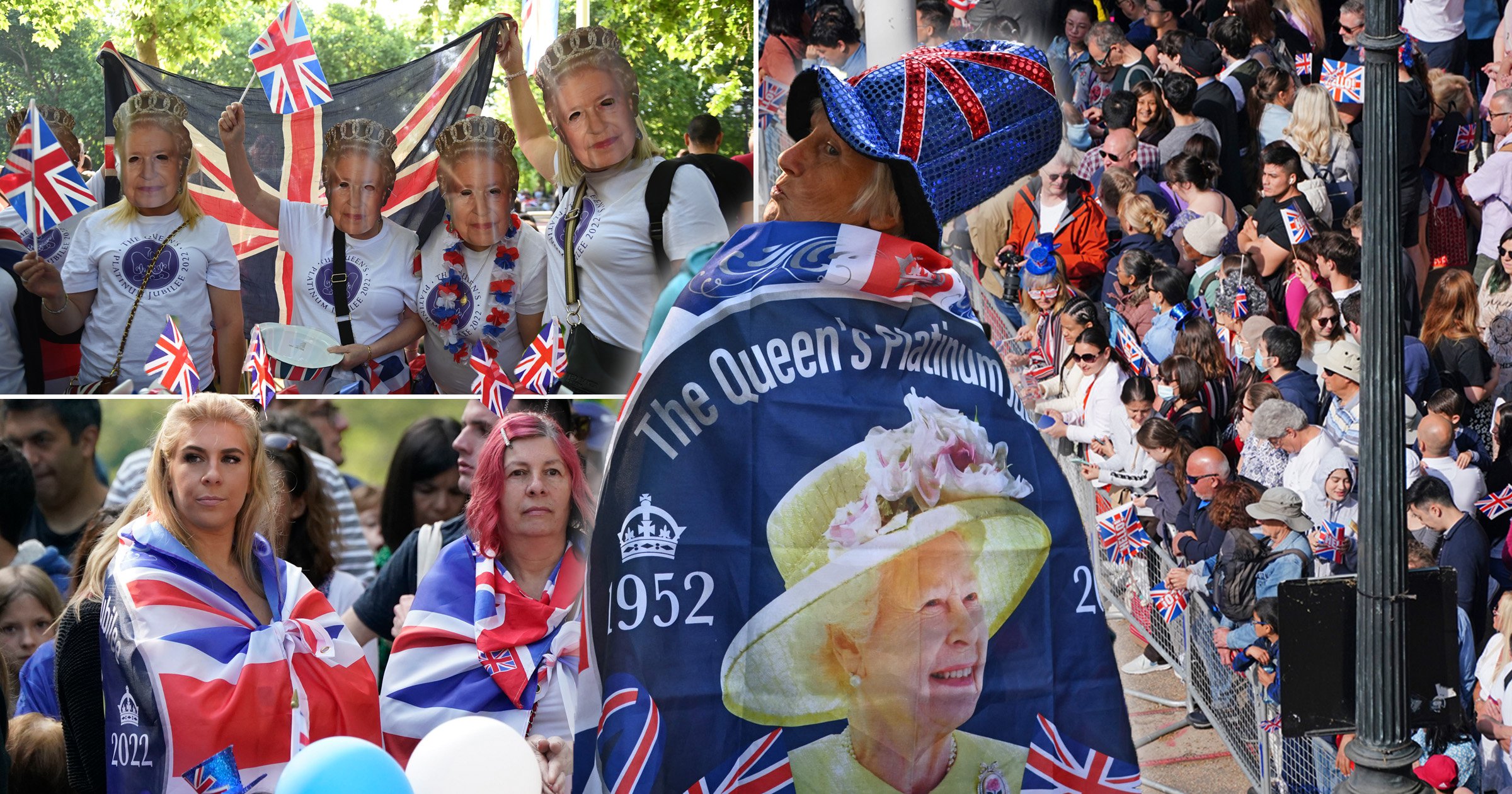 Thousands of people have descended onto the Mall to secure a prime spot as the Platinum Jubilee celebrations kick off with the Trooping the Colour.

Royal superfans dressed up in red, white and blue to watch the Queen’s historic birthday parade, which kicks off at 10am.

Crowds popped open the bubbly and began singing God Save the Queen as early as 8am today.

But the true hardcore fans were those who slept in chairs, tents and even on the pavement overnight.

Royal fans will be able to watch the Trooping the Colour from Trafalgar Square to Buckingham Palace.

The military ceremony – which has been used to mark a British Monarch’s official birthday for 260 years – will be carried out by 1st Battalion Irish Guards.

The soldiers on parade are servicemen trained to fight but they have spent months perfecting their ceremonial duties which will be on display for all to see, especially the Queen, who is head of the armed forces.

Hundreds of horses and military musicians will be involved in the procession, in which members of the Royal Family will travel on horseback and in carriages down the famous street to Horse Guards Parade, where the ceremony takes place.

Spirits were high among the crowds as members of the public chatted and joked with police maintaining the perimeter as they waited for the event to start.

Several handmade signs hung over the barriers, with one simply saying, ‘thank you’.

Fans across the country who aren’t lucky enough to have a space along the Mall can watch events unfold on huge screens in nearby St James Park, or in Princes Street Gardens in Edinburgh or Bute Park in Cardiff.

This is a developing news story, more to follow soon… Check back shortly for further updates.