Earlier this week Prince Charles and his wife Camilla, Duchess of Cornwall, visited the Bank of England in London. But as well as finding out about the nation’s central bank and currency, Charles’ visit also had a link to Queen Elizabeth II.

Charles and Camilla wore face masks throughout their visit on Wednesday, as they learned about how the bank is working towards becoming more sustainable.

Charles and Camilla met staff involved in the production of banknotes, and they viewed a selection of archive and unreleased materials.

The couple was also shown copies of the new £50, and they discussed security measures for the nation’s currency.

But during his visit, Charles also took part in the signing of a £1million “promissory note”. 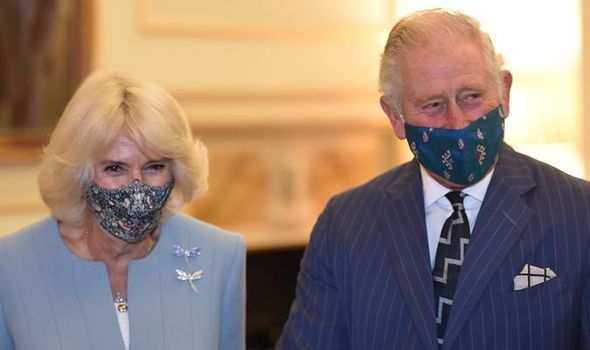 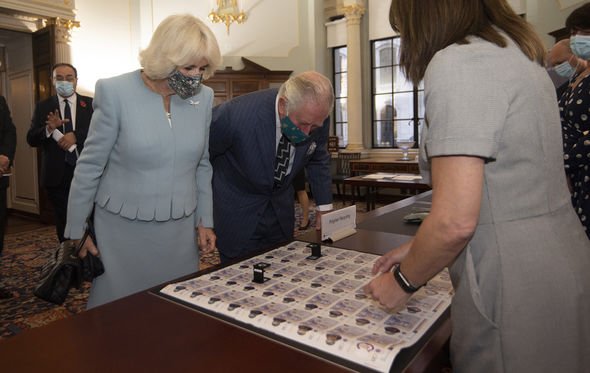 The Bank of England has a tradition of asking senior royals to sign promissory notes during their visits, and these are bound by honour.

But rather than being cashed the note is kept at the bank to be put on display, or to be kept safely in a vault.

Although the note was not up for grabs, it certainly seemed tempting to the Duchess who quipped: “So, I can’t pop it into my handbag.”

By taking part in this tradition Charles followed in the footsteps of his mother, as the Queen has been signing promissory notes for the financial institution since she was a child. 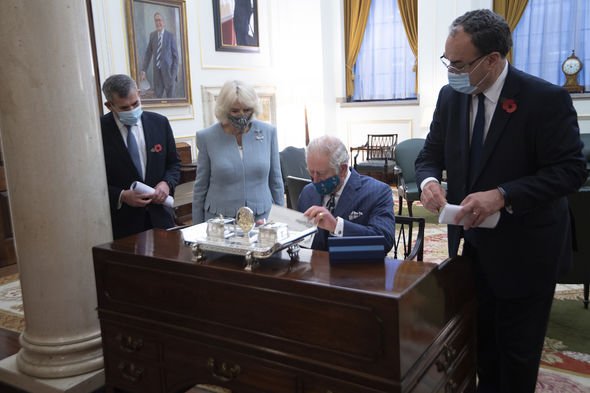 As the UK’s central bank, the Queen has a close link to the Bank of England as a monarch.

The Queen is the only British monarch to have ever appeared on banknotes in England.

The first banknote with the Queen’s image was issued by the Bank of England on March 17, 1960.

One day Charles’ image will also feature on the nation’s currency when he is king.

DON’T MISS:
Why the next British monarch could be King Philip I [INSIGHT[
Sarah Ferguson shares special moment from Beatrice’s wedding [PICTURES]
Peter Phillips: Why does the Queen’s eldest grandson not have a title? [ANALYSIS]

Colin Bellamy of Coin Hunter told the Daily Star Online: “In terms of British coinage when the Queen dies, after a period of mourning – a portrait of the next in line to the throne would be used on British and probably commonwealth coinage.

“Assuming Prince Charles is still next in line and uses his first name to be known as King Charles.

“King Charles’ portrait for coinage would face left if following the tradition of facing the opposite way to the previous monarch.

“Either a recent portrait already held at The Royal Mint or a new portrait would be created for the obverse of coins.” 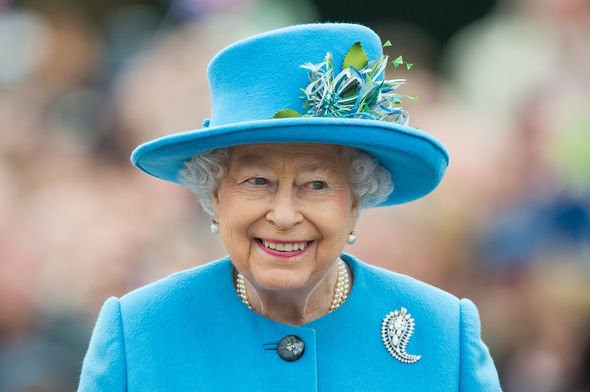 While the production of new currency may start when Charles ascends the throne, it could take some time before all the nation’s currency includes the image of a new monarch.

Instead of being listed on the banknotes as King Charles, he may also decide on a different name to reign under when he is King.

Monarchs can choose a different regnal name when they are on the throne, and Charles may instead decide to reign by one of his other names as King George, King Arthur or King Philip.

Queen and Andrew: Was Prince Andrew the Queen’s favourite? How prince was so ‘naughty’