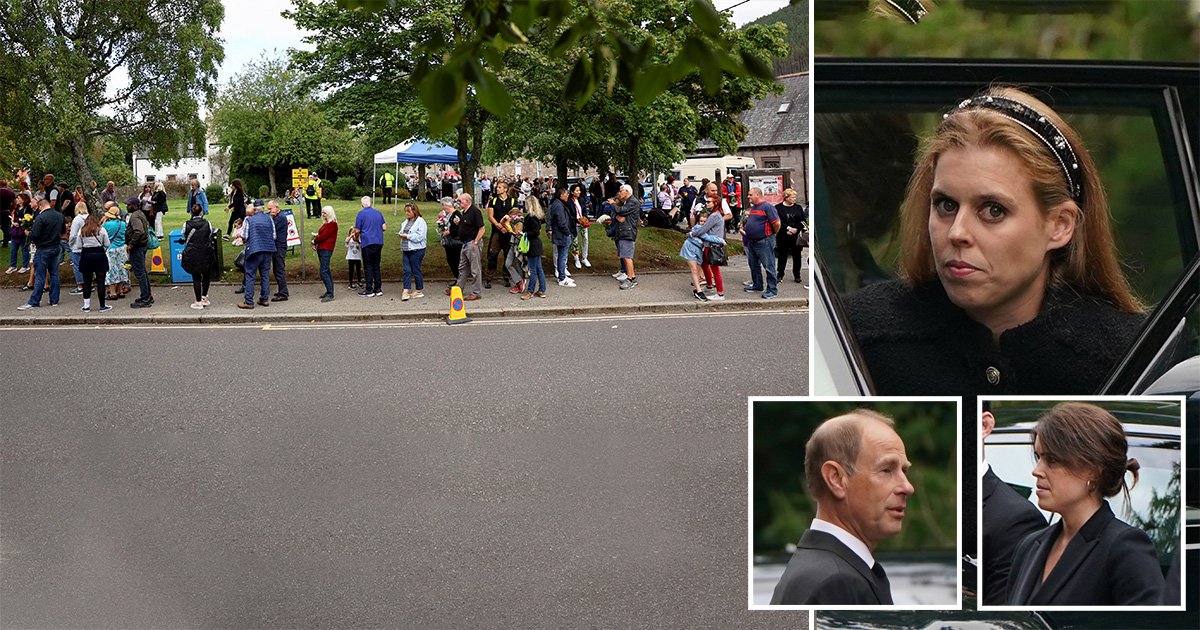 Members of the royal family who stayed at Balmoral since the Queen’s death appeared overcome by touching floral tributes left outside the estate.

Relatives including three of her children and two grandchildren were returning to the monarch’s Scottish residence after a private service at her favourite local church on Saturday afternoon.

A convoy including Prince Edward, his wife Sophie, Countess of Essex and their eldest daughter Lady Louise Windsor was seen leaving Balmoral Castle for nearby Crathie Kirk, where the Queen regularly attended services.

They were accompanied by Princess Anne, her husband Tim Laurence and their daughter Zara Tindall as well as Princess Eugenie, Princess Beatrice, their father Prince Andrew and others.

After returning from the short prayer service, the group stepped out of their cars just before the River Dee, which leads towards the castle.

Proceeding over a bridge, they passed crowds of well-wishers lining the route.

Princess Beatrice and Ms Tindall appeared to well up after reading messages attached to dozens of flower bouquets lining the wall up to the gates of the estate.

Princess Anne and Prince Andrew were seen speaking to crowds before joining the rest of the group in inspecting the tributes.

After reading some of the messages, Andrew put his arm around Eugenie who could be seen drying her eyes while looking at the flowers.

Eugenie was seen laying another bunch of flowers next to them before the group assembled at the gate and waved goodbye to the crowds.

M6 traffic latest: M6 CLOSED in both directions all night

As Measles Surges, ‘Decades of Progress’ Are in Jeopardy