Songs ‘Rule, Britannia!’ and ‘Land of Hope and Glory’ may be retired from the BBC’s ‘Last Night of the Proms’ show. The annual performance, which is watched by more than 6,000 live fans and more online, may undergo a shake-up over fears it might upset viewers. The patriotic hits are under discussion in the wake of the UK reflecting on its historical links to slavery and colonailism. The conversation, which was spurred on by Black Lives Matter marches, led to the statue of slave trader Edward Colston being torn down by protestors in Bristol and other figures’ past being questioned. While many have been outraged by the potential removal of ‘Rule, Britannia!’ from The Proms’ final set-list, this is not the first time it has not been featured.

Leonard Slatkin, the former chief conductor of the BBC Symphony orchestra, felt that the song’s ties to history made it uncomfortable for some viewers to watch.

Some disagreed with the star and considered it a long-standing patriotic fixture of the classical event, which many Britons would sing to and wave Union Jack emblazoned flags.

He said: “We have had a lot of letters saying that it is time to get rid of ‘Rule, Britannia!’ and I must admit I am not completely comfortable with playing it.

“‘Rule, Britannia!’ does seem a little militaristic, and though it’s wonderful to celebrate who you are and have faith in your country, I don’t think we should exclude others.” 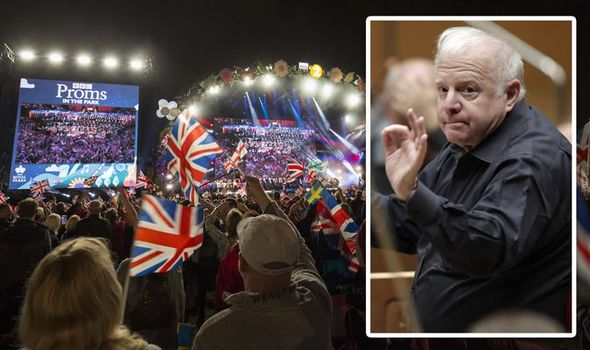 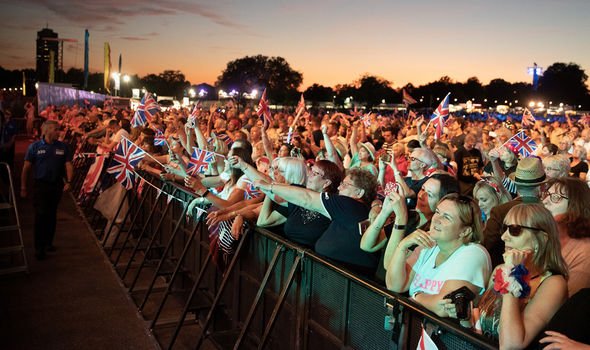 The US-born conductor, who served from 2000 until 2004, altered one performance so that it didn’t feature the vocal chorus of the hit shortly after the September 11 terrorist attacks.

Instead of Malcolm Sargeant’s version of the song, he used Henry Wood’s ‘Fantasia on British Sea Songs’, which played an instrumental rendition without a solo singer.

Mr Slatkin made the decision because he felt it would be in bad taste after 2,977 had died in the US and a further 6,000 were injured.

The move was respected at the time – back in 2001 – but the following year, a swathe of the public wanted ‘Rule, Britannia!’ back on the set-list. 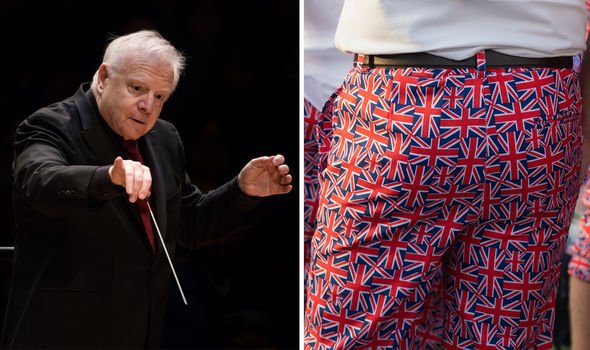 His fear that the song might offend international viewers was revealed during a 2002 interview with the Radio Times.

Mr Slatkin added: “‘The Last Night of the Proms’ is an important occasion; in Japan they get up at 4am to watch it.

“Anyway, I’m not certain the sentiments of the words resonate in the way some people think they should. It does seem a little outdated.”

At the time, the BBC said: “Leonard Slatkin is greatly looking forward to conducting the Last Night in 2002 with the traditional elements of the programme restored.”