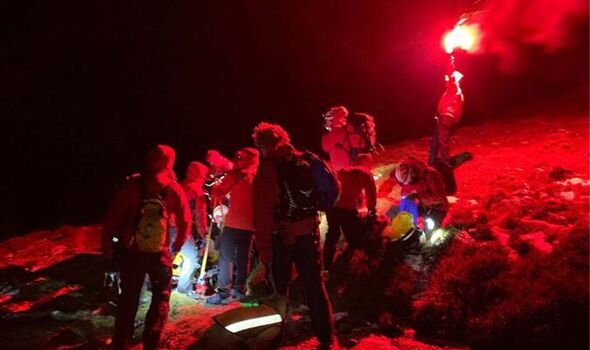 Fell runner Tommy Price was nearing the end of the first leg of a  training run up on Hall’s Fell, Blencathra, when the incident occurred. He had what was said to be a “delirious episode” and was unable to carry on. Tommy’s friend Mike was then forced to wrap him up in an emergency survival bag and make his way down the mountain to call for help.

However, according to Lancashire Live, when rescuers finally arrived all they found was an empty survival bag folded up, with stones piled on top, and no casualty in sight.

After continuing a search, Keswick Mountain Rescue Team eventually found Tommy but say that he was “lifeless”. Recounting the events on their social media account, they said: “The team were called to a 26 year old fell runner who, near the end of leg one of a Bob Graham Round training run, was unable to continue the relatively short remaining descent down Hall’s Fell to Threlkeld village.

“The temperature all day had been around freezing point with strong winds, snow and sleet showers. His friend helped him into an emergency survival bag before he ran down to raise the alarm.

“Two team members formed an advance party and went to investigate armed with warm clothes and snacks to deal with what was expected to be a hypoglycaemic (low blood sugar) and cold fell runner.

“Around 20 minutes up Hall’s Fell the two discovered the survival bag empty but folded up with stones piled on top, and no casualty in sight. They continued on and discovered the casualty a little further up the trail lying face down and with no signs of life. Despite the fact that to all appearances the man was lifeless, current medical guidelines and our team training tells us that a casualty is not dead until they are warm and dead. To that end the casualty is treated as if he were still alive.” 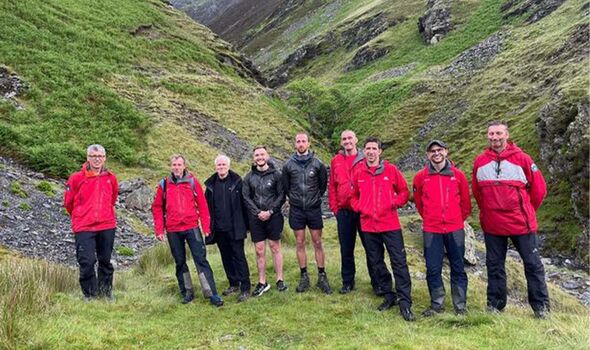 “Whilst one team member started an assessment of the casualty the other reported the situation by radio and the urgent requirement for a helicopter evacuation. When the initial careful assessment showed no signs of life CPR was commenced with the two team members rotating at regular intervals to maintain good chest compressions.

“A few minutes later the medical bag with defibrillator arrived on scene. The pads were placed on the man’s chest and shocks given but with no effect. As more team members, and reassuringly one of the team’s doctors, arrived with various bits of kit the man’s evacuation plan was put into action, all the time with CPR in progress.

“An autopulse is a battery-powered machine that performs chest compressions allowing the casualty to be transported on a stretcher. When this arrived on scene the man was loaded onto the stretcher in preparation for the arrival of Coast Guard Rescue 936 helicopter arriving from Caernarfon.

“In very blustery and showery conditions the man was expertly winched from Hall’s Fell ridge into the helicopter along with a team doctor who accompanied the casualty to A&E at the RVI Hospital in Newcastle.

“On arrival at hospital the casualty’s core temperature was found to be 18.8 degrees. A specialist ECMO team arrived from the Freeman Hospital to ‘plug’ the casualty into an ECMO machine. This is a device that removes blood from the patient, warms and oxygenates it before circulating the blood back into the body. In this way the casualty’s body was re-warmed gradually.

“There followed a number of very tense days with the casualty in an induced coma. Snippets of positive news received from the consultants in the hospital on the man’s progress were greeted with amazement from those who had seen him on the hill, incredulous that he could possibly be alive. After 5 days the man ‘woke up’ and was asking what on earth had happened as well wanting a coke.

“Five months on and the man who miraculously cheated death is making a very good recovery and has even managed some decent runs. This was one of the lowest body temperatures from which someone has survived – a truly remarkable survival story and a testament to the professionalism of all involved.

“It is normal for fell runners to travel light, rapid movement creates heat that doesn’t need much in the way of clothing – this is fine when things go right. Let’s hope the story of our survivor is a wake up call for those who venture ‘lightweight’ into the hills. Spare clothing and a survival bag doesn’t weigh much but could make the difference between life and death.”

You can donate here.