Home » Europe » Rural housing crisis: ‘It’s impossible to get on the property ladder’

Residents in the rural village of Twyning, near Tewkesbury in Gloucestershire, have been pushing back against further housing developments.

They say previous developments have harmed their village – but have not made the area more affordable for those on low income.

Many say young people have been priced out of the area by high rent, while others have been made homeless.

This is what some of those living in Twyning had to say.

Sarah and Paul Holden, who have lived in the village for 10 years, moved to the area for its safety and sense of community.

Ms Holden said: “We chose Twyning because it’s a community – so the children could have local friends, so it’s safe cycling around on the roads, so I could walk the dog across fields.”

She said that if developers continue to build on greenbelt land “everything we’ve moved for won’t exist any more”, adding: “We’ve satisfied what we had to provide for new homes for the community and they have to stop, because we’re a village and we cannot keep building, building, building on our wonderful countryside.

Mr Holden said that the houses being developed are “not for people on low income, they’re for middle-class high earners” and will therefore not solve the social housing problem. 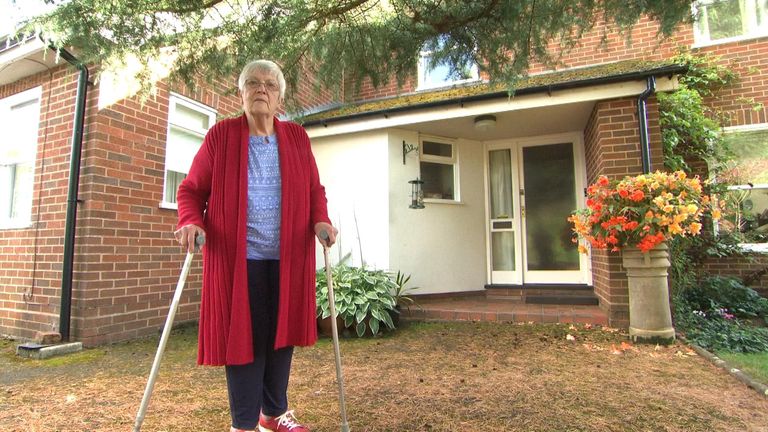 Maggie Ball, who was born in Twyning, says she understands the need for housing but the new builds are going for “eye-watering sums”.

She said: “The villagers have always said our young can’t come back to the village where they were born and brought up because they can’t afford it.

“Well they still can’t afford it.”

She believes at least five more developers want to build on fields in the area.

“This is the countryside and what they’re trying to do is make it into a town,” Ms Ball said. 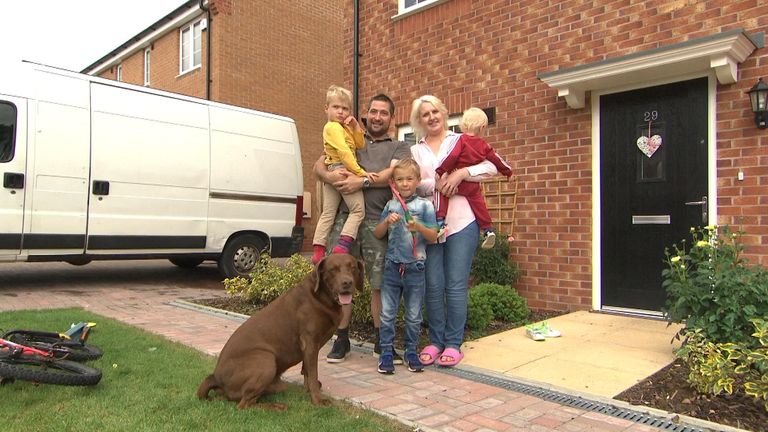 “There has to be a limit somewhere”

Vicky and Adam Walker were hoping to buy a home to live in with their two young children.

But they could not afford to buy and were put on the social housing list.

They say they have an “idyllic” life in the village – but it is at risk of being destroyed by over-development.

“If we were suddenly to have another 170 houses, I don’t think that the ability of the village would cope with that,” they said.

“The roads, just the whole space of everything. I don’t think it’s equipped to do that, so it would become very crammed, very congested.” 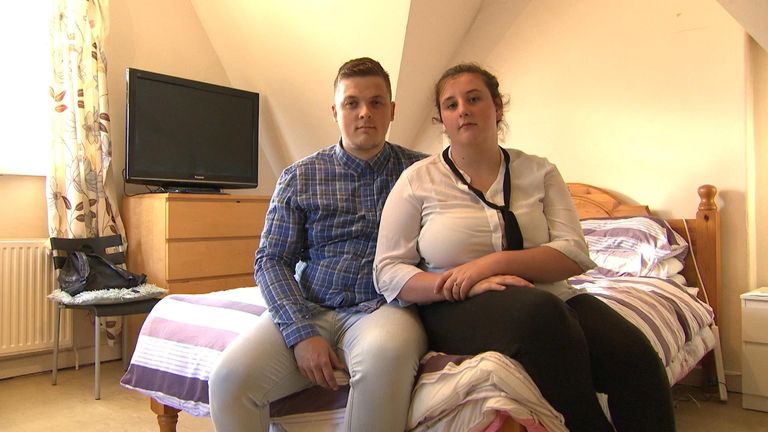 Kimberley Harris and Brandon Luce, both in their early 20s, say it is too expensive to buy a home in the area.

The couple, who work as a receptionist and supermarket worker, started privately renting a flat for £690 a month.

Ms Harris said: “Brandon got a second job to help out with the bills but we were managing.

“Sometimes when things got tight, we didn’t have any food and we had to get food bank vouchers.”

But when the landlord had a relationship split and had to move back into the home, the young couple were evicted and had no option but to register themselves as legally homeless.

They were put in a Travelodge for three weeks and now live in a temporary accommodation bedsit at £682 a month.

They said: “When we were evicted, at one point we couldn’t see any light at the end of the tunnel.

“You look at properties advertised and you think, I’m not going to earn that in my entire life.

“Some places you would have to save up for nine years to even get the deposit together.”

“Rural homelessness is harsher than in a city”

David Byrd, 58, was evicted from his home after he had issues paying his rent and has been homeless since May.

“I gathered a few possessions and left the flat I’d lived in for 14 to 15 years,” he explained.

“I just thought, right I’m going to have to make it on the streets. It was hard. It was very much fend for myself.

“I used to get up at 3am or 4am and go round the bins, especially on a weekend, picking out chips and things like that to feed myself.”

Mr Byrd set himself up outside the relative safety of an M&S but soon found it did not offer enough shelter when the weather took a turn for the worse.

He is now living in a double-decker bus which has been converted into a homeless shelter run by a charity called The Big Yellow Bus Project.

The 58-year-old says that although it is a wealthy area, many people are still struggling to afford to live: “It’s not just a struggle for the homeless. There’s a lot of unemployment here.

“There’s a lot of people, they’ve still got their homes but they’re on benefits and they’re struggling to make ends meet.

“They’re basically living from hand to mouth all the time.

“Rural homelessness is harsher than in a city. I imagine being homeless in a city, there’s more places to go than there would be out in the countryside.

“If this bus hadn’t been here, I don’t know what really would have happened to me.”