Home » Europe » Russia claims to be the first country to develop coronavirus shots for animals. 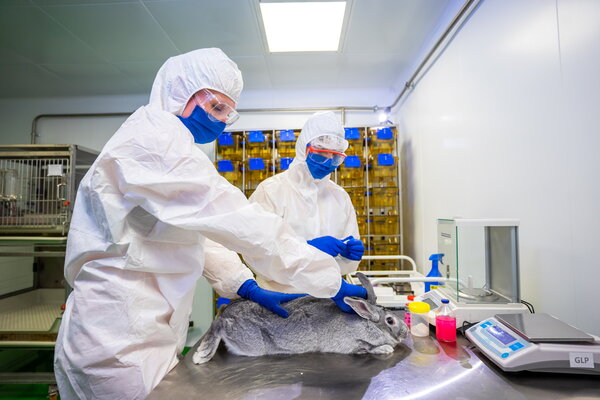 MOSCOW — Russia’s state veterinary service said on Wednesday that it had become the first regulator in the world to approve a coronavirus vaccine for animals, intended for use on fur farms or for pet cats and dogs.

The agency said it had developed the vaccine for animals in part as a public health tool, lest the virus spread from animals to humans or — in a worst-case scenario — mutate in animals and then spread back to humans in a more virulent form. It could also revive fur farming after infections on mink farms devastated the business last year, it said.

The agency, the Federal Service for Veterinary and Phytosanitary Supervision, said it did not recommend routine vaccination of animals, for now. The World Health Organization has found no instances of infections in humans caused by pets, the agency said. Though cats and dogs do rarely catch the coronavirus, neither species gets very sick. Lions, tigers and snow leopards can also catch the coronavirus.

The Russian agency noted four reports of pet infections just in the last week, in Italy and in Mexico. It that said a vaccine for pets was needed as insurance against variants that might spread more easily.

“We did this work for the future,” the agency’s deputy director, Konstantin Savenkov, said in a statement. “We should be prepared to prevent a situation rather than deal with it later if it takes a negative turn.”

The vaccine, called Karnivak-Kov, is intended for carnivores. The agency said it had carried out clinical trials on arctic foxes, cats, dogs, mink and other animals. The agency said it would begin industrial-scale production in Russia at a plant that manufactures veterinary drugs.

Fur farmers in Russia, as well as in Austria, Canada, Greece, Poland and the United States, have inquired about buying the vaccine, the agency said. The statement did not say when or if the vaccine would become available for pets.

The problem of animal infections came into focus last year when mink farms culled millions of the creatures because of infection.

Denmark killed all farmed mink — some 17 million animals — after the virus spread from a mink to a human. Separately, a farmed mink in Utah seemed to have passed the virus to at least one wild mink. Scientists have raised alarms about the virus establishing a “reservoir” in wild animals that could later spread back to people.

Russia last August also claimed to be the first country to approve a human vaccine, Sputnik V, though other candidates were in fact further along in clinical trials at the time. It has since promoted Sputnik V to countries around the world, bolstering the Kremlin’s soft power.