After announcing the first government clearance for a coronavirus vaccine, Russia delayed distributing it. It remains unclear how many people have received it. 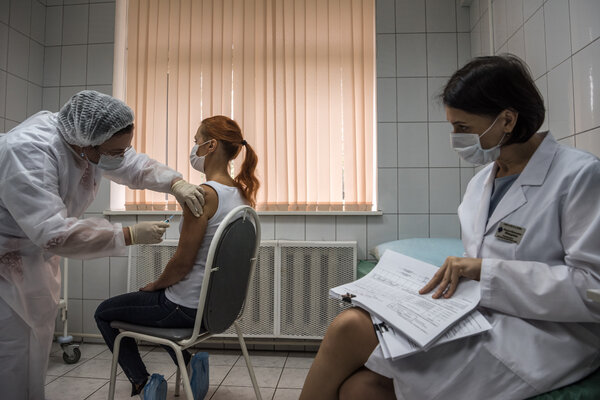 MOSCOW — More than a month after becoming the first country to approve a coronavirus vaccine, Russia has yet to administer it to a large population outside a clinical trial, health officials and outside experts say.

The approval, which came with much fanfare, occurred before Russia had tested the vaccine in late-stage trials for possible side effects and for its disease-fighting ability. It was seen as a political gesture by President Vladimir V. Putin to assert victory in the global race for a vaccine.

It is not clear whether the slow start to the vaccination campaign is a result of limited production capacity or second thoughts about inoculating the population with an unproven product.

The Russian vaccine is one of nine candidates around the world now in the late-stage clinical trials that are the only sure means to determine whether a vaccine is effective and find possible side effects.

A vaccine is considered the only way to halt the spread of the coronavirus, which has sickened more than 30 million people globally and slowed economies around the world since it first appeared in China late last year.

In one example of the limited scope of distribution, the company financing the vaccine pointed to a shipment sent this past week to the Crimean Peninsula. The delivery contained doses for 21 people in a region with two million.

The Russian Ministry of Health has not said how many people have been vaccinated in all of Russia. The minister, Mikhail Murashko, said last weekend that the first small shipments was being delivered this past week to the Russian provinces.