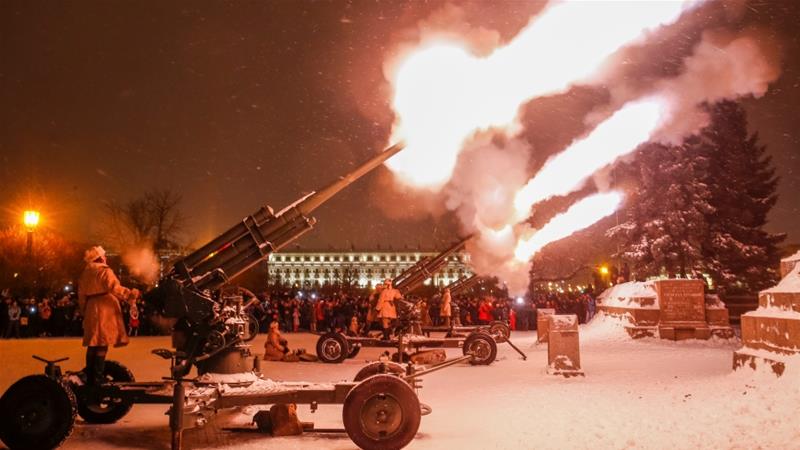 Russian President Vladimir Putin on Sunday praised Saint Petersburg’s “unbroken” spirit as Russia marked the 75th anniversary of the end of the World War II siege of Leningrad, which claimed more than 800,000 lives.

Earlier in the day tanks and air-defence missile systems rolled through the heart of Saint Petersburg, formerly known as Leningrad, as crowds watched the performance in falling snow.

The parade in Russia’s second city was the first time war-era and modern heavy weaponry, including the famed T-34 battle tank and multiple-launch rocket systems, had trundled past the Hermitage Museum to mark the end of the siege of Leningrad.

Plans to hold the ceremony have provoked an outcry, including among some survivors who criticised it as “militarism.”

Putin, a native of Saint Petersburg, skipped the show of force in the snow-covered Palace Square, and instead visited a memorial outside the city and laying flowers at a cemetery.

Putin said that the Nazis, who had tried to starve “an impregnable city” to death and subjected residents of Leningrad to “horrendous suffering”, would never be forgiven.

“According to the enemy’s plans, Leningrad should have disappeared from the face of the earth,” Putin said at a memorial concert later in the day.

“This is what is called a crime against humanity.”

Putin, at 66, was born in Leningrad after the war. But his older brother died in childhood during the devastating siege and is buried in a mass grave at Piskaryovskoye. 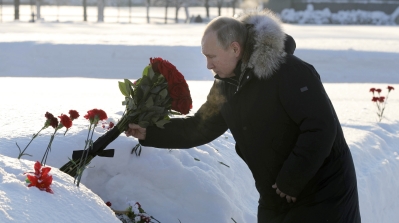 The Russian leader’s mother nearly succumbed to hunger during the siege, while his father fought in the war and was wounded near Leningrad.

More than 2,500 servicemen in modern and period uniforms including sheepskin coats and felt boots took part in the parade, which also included a military flyover.

A moment of silence was observed to the ticking of a metronome, which was used to warn residents about air raids during the siege.

Opinion over the appropriateness of the parade was divided.

While some people criticised the authorities for holding a parade they denounced as misplaced sabre-rattling and militaristic propaganda, others praised it.

Natalya Gerashchenko brought her 12-year-old son to see the parade.

“A military parade is very beautiful,” the 35-year-old said. “The lifting of the siege is very important for everyone.”

Ivan Kolokoltsev, a 45-year-old manager, said: “We have to remember, we have to commemorate it so that people remember.”

Others said one of the most horrific chapters of World War II should be remembered differently.

“I am against militarism,” Yakov Gilinsky, an 84-year-old siege survivor, said before the parade. 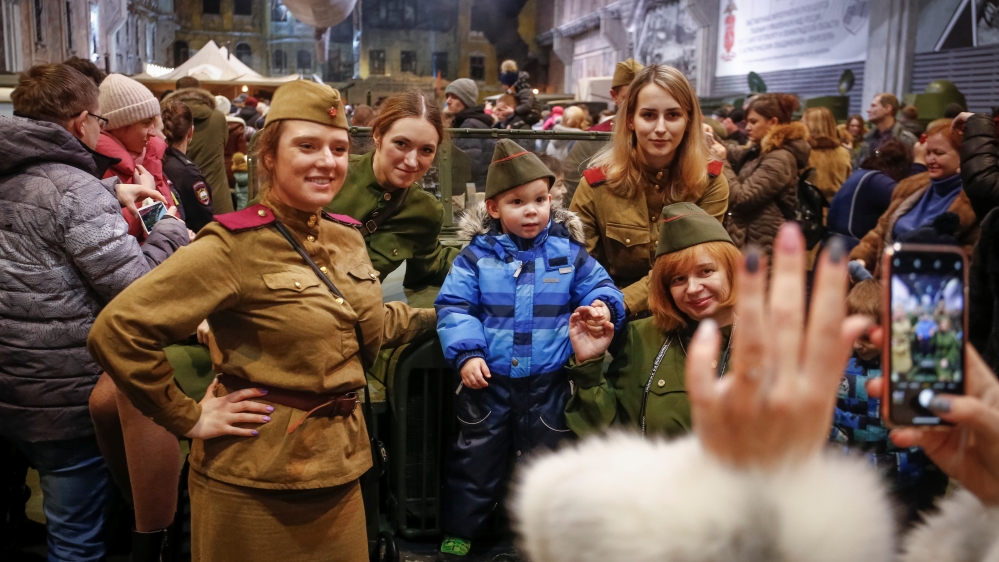 Political commentator Anton Orekh suggested that the money spent on the parade should have been given to survivors instead.

“Old people would buy some medicine and new clothes and for a time forget they have to count pennies,” he wrote.

But a defence ministry official insisted the event was not celebratory in nature, describing it as a “soldierly ritual”.

The city of around three million people was encircled by the Nazi troops for 872 days between 1941 and 1944.

With supplies to the city cut, bread rations plunged to 250 grams (about half a pound) for manual workers and 125 grams for other civilians.

More than 800,000 people died from hunger, disease, or the shelling. Many historians say the true figure is even higher.

But Moscow also stressed that Berlin should pay individual compensations to all victims of the blockade.

Later Sunday authorities were set to hold a music and light show as well as a gun salute in memory of the gunfire that marked the end of the ordeal in 1944.

The trauma from the war is deeply ingrained in the collective psyche of the city.

Russia’s former imperial capital is home to some 108,000 war veterans and siege survivors. 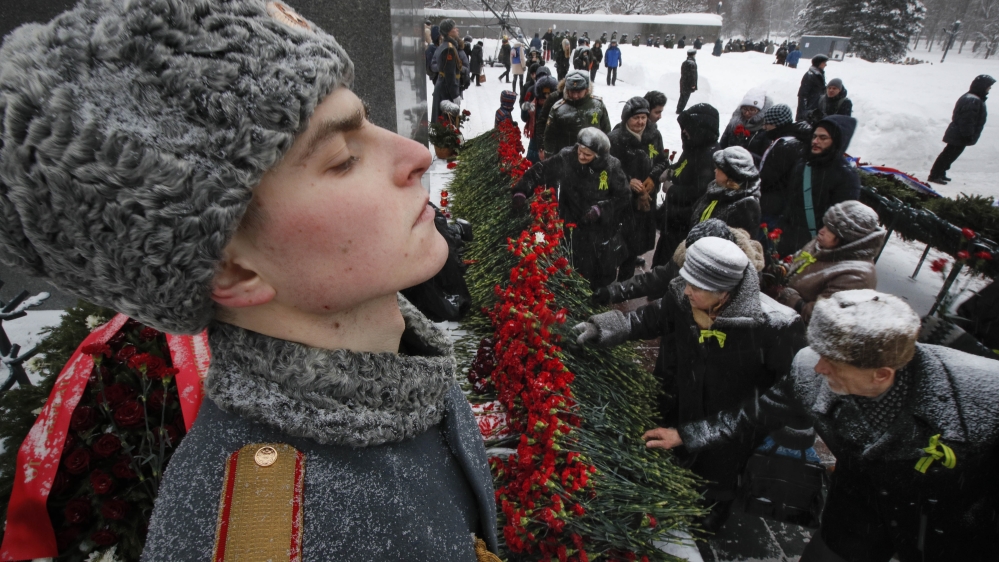