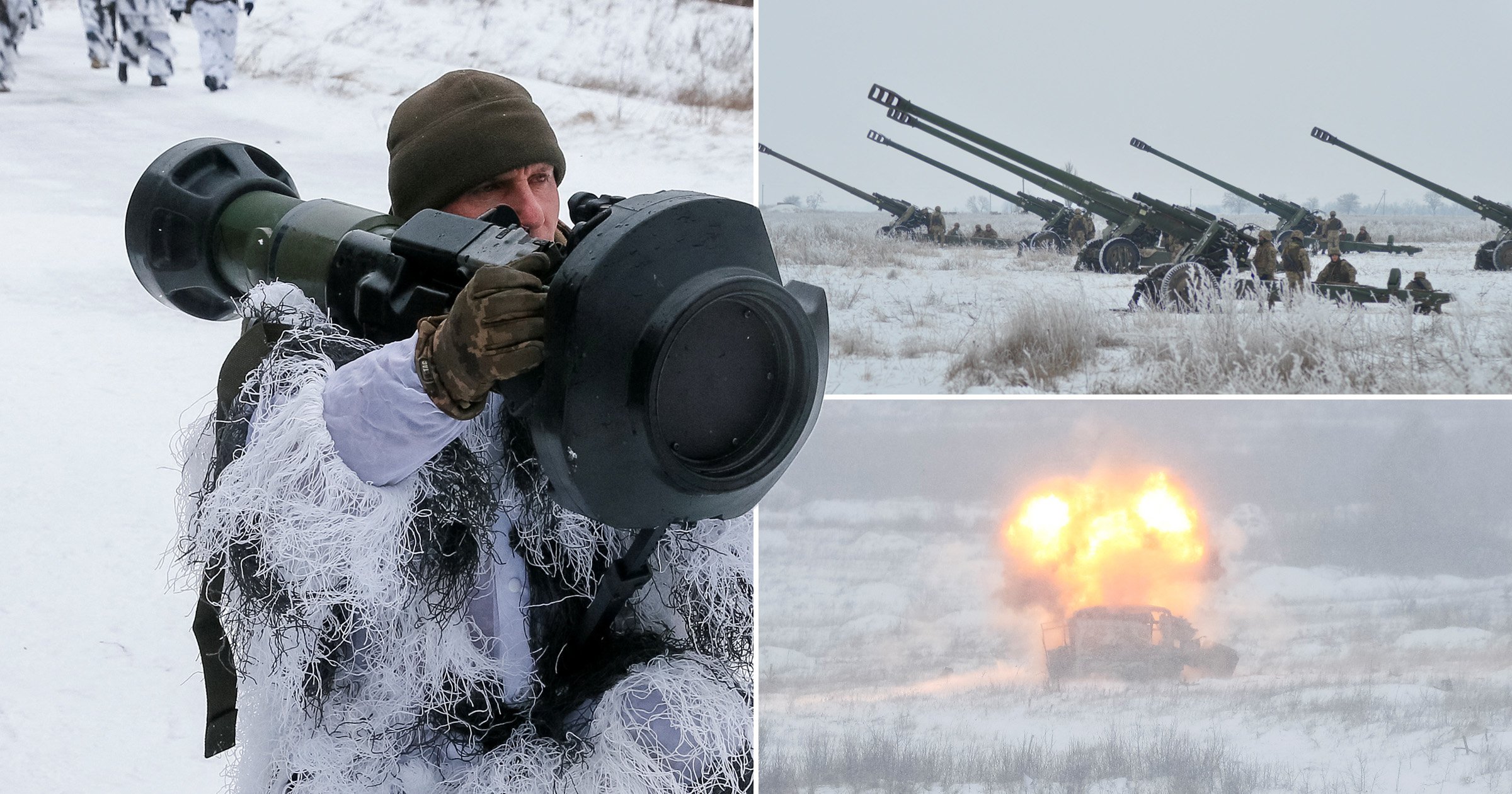 Russia has said it will not start a war with Ukraine – but warned it will not allow the West to ‘trample on’ its security interests.

The Kremlin appeared to soften the tone after US President Joe Biden warned his Ukrainian counterpart on Thursday that there is a ‘distinct possibility’ of an incursion in February.

White House National Security Council spokesperson Emily Horne said: ‘President Biden said that there is a distinct possibility that the Russians could invade Ukraine in February.

‘He has previously said this publicly & we have been warning about this for months.

Speaking on Friday, Russian Foreign Minister Sergey Lavrov said: ‘There won’t be a war as far as it depends on the Russian Federation, we don’t want a war.

‘But we won’t let our interests be rudely trampled on and ignored.’

Tensions have soared in recent weeks, amid concerns the concentration of about 100,000 Russian troops near Ukraine heralds Moscow’s intention to attack the ex-Soviet state.

NATO has bolstered its deterrence in the Baltic Sea region, and the US ordered 8,500 troops on higher alert for potential deployment to Europe.

Ukrainian forces have also been carrying out drills in readiness for any outbreaks of conflict.

Soldiers armed with British-supplied anti-tank and anti-aircraft weapons engaged in training exercises at the country’s International Peacekeeping Security Centre near Yavoriv, in the Lviv region.

Russia has repeatedly denied having any plans to invade, but has demanded that NATO promise Ukraine will never be allowed to join and that the alliance roll back deployments of troops and military equipment in Eastern Europe.

The US and NATO formally rejected those demands this week, though Washington outlined areas where discussions are possible, perhaps offering a path to de-escalation.

Russia’s official response to those proposals — and the ultimate decision over whether to invade — rests with President Vladimir Putin, but the Kremlin has sounded a grim note thus far, saying there is ‘little ground for optimism’.

Mum shamelessly poses for camera after being cleared of drink driving