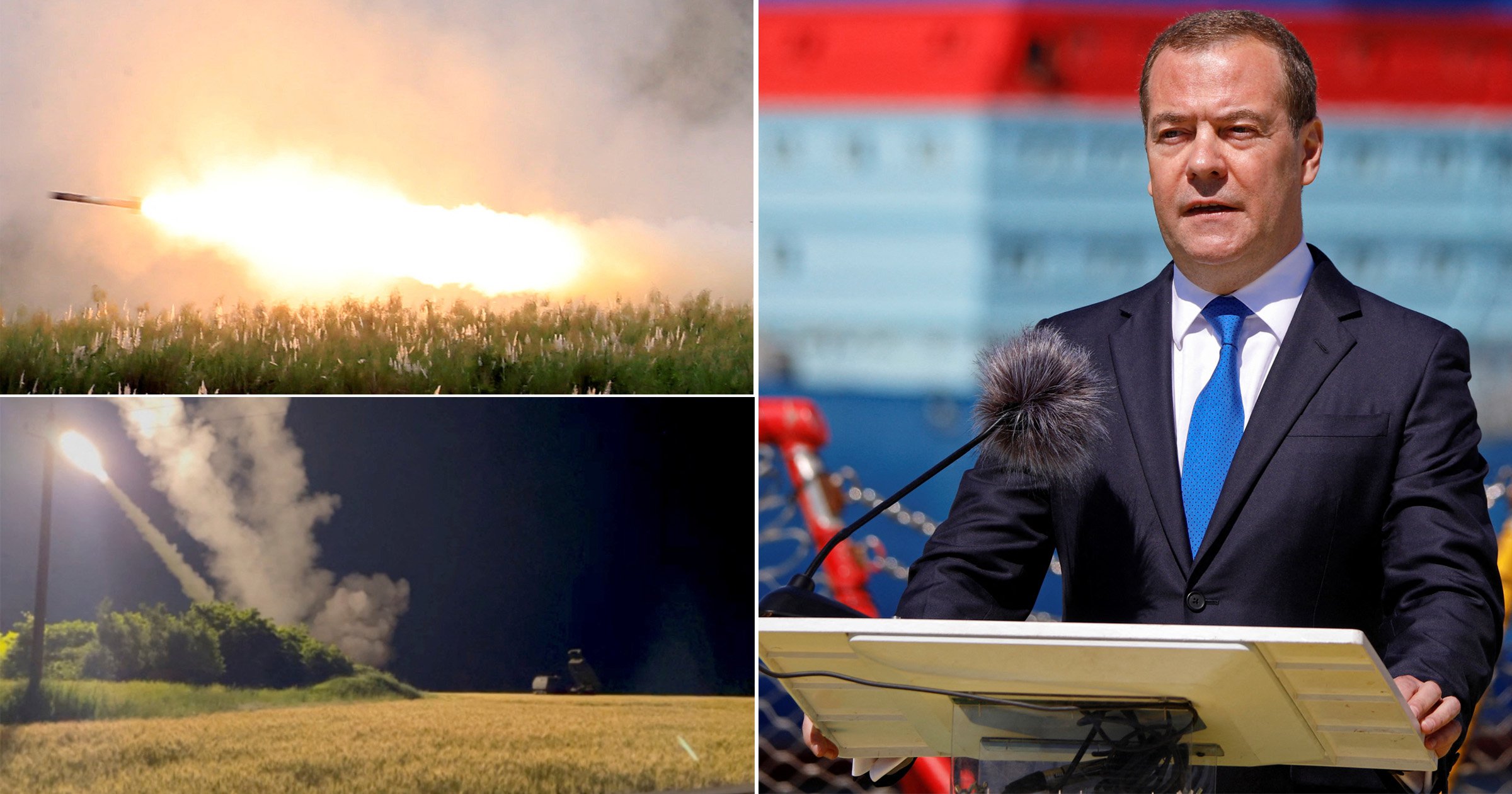 An ally of Vladimir Putin has warned that any attack on Crimea – annexed by Russia in 2014 but still widely recognised as part of Ukraine – will ignite a ‘Judgement Day’ response.

Former president Dmitry Medvedev said the refusal of Kyiv and the West to recognise the Kremlin’s control of the region poses a ‘systemic threat’.

Russia annexed the Black Sea peninsula after a pro-Moscow president was toppled in Ukraine amid mass street protests.

In the event of an attack there, Medvedev was quoted by the TASS news agency as saying: ‘Judgement Day will come very fast and hard. It will be very difficult to hide.’

Although he did not elaborate, Medvedev has previously warned the US of the dangers of seeking to punish a nuclear power such as Russia over its campaign in Ukraine, saying it could endanger humanity.

His comments were aired a day after a Ukrainian official suggested that Crimea could be a target for US-made HIMARS missiles, recently deployed by Kyiv as it battles Russian forces.

Medvedev, who now serves as deputy chair of the Russian Security Council, was quoted by the Interfax news agency as telling World War II veterans earlier: ‘If any other state, be it Ukraine or NATO countries, believes that Crimea is not Russian, then this is a systemic threat for us.

‘This is a direct and an explicit threat, especially given what had happened to Crimea. Crimea returned to Russia.’

Vadym Skibitskyi, an official at Ukrainian military intelligence, was asked on Saturday in a televised interview if HIMARS could be used on targets in Crimea.

He said Russia had carried out strikes on Ukrainian territory from Crimea and the Black Sea and so these were also justified targets.

Crimea is of particular strategic importance to Russia as it includes the headquarters of its Black Sea fleet at Sevastopol.