Ruth Davidson said she is “absolutely not” joining Cabinet at the moment as she remains focused on raising her young son. The former Scottish Conservatives leader came back under the spotlight after she accepted to lead the opposition in Holyrood while her new leader, Douglas Ross, serves as an MP in Westminster. Times Radio presenter Katie Perrior asked: “If Boris Johnson asked you to serve in his Cabinet, would you step up?”

But Ms Davidson admitted rejoining the front line of the party will not be in her plans for at least a few more years.

She said: “Not at the moment, no. Absolutely not.

“I have a very small child and going down there as a backbencher…yes, there will some work to do on certain days.

“But if you’re a minister, you’re basically in London full time. You know, I’ve never wanted to live in London, my home is Scotland, my family is in Scotland, that is never going to change.”

She continued: “So, while the wee one is at home…leaving Holyrood was never about the big job. 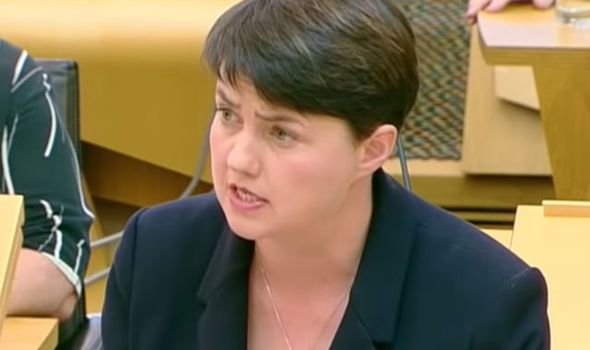 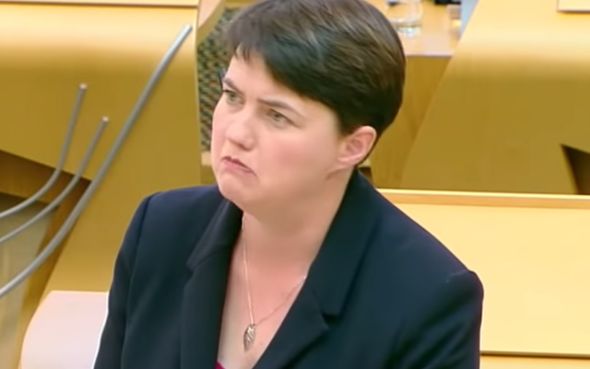 “It’s leaving to take step back at least until my young son and, hopefully, if myself and my partner are able to have any more children in the near future, until they get to school and then I’ll make a decision about another big job.

“This isn’t it, I’ve been clear about that.”

Ms Davidson returned to the Holyrood frontbenches early this week to take on First Minister Nicola Sturgeon in the aftermath of a disastrous U-turn over A-level results.

In her first head-to-head with Ms Sturgeon in nearly a year, Ms Davidson confronted the SNP leader over the fiasco and demanded the publication of all communication between Education Secretary John Swinney and SQA. 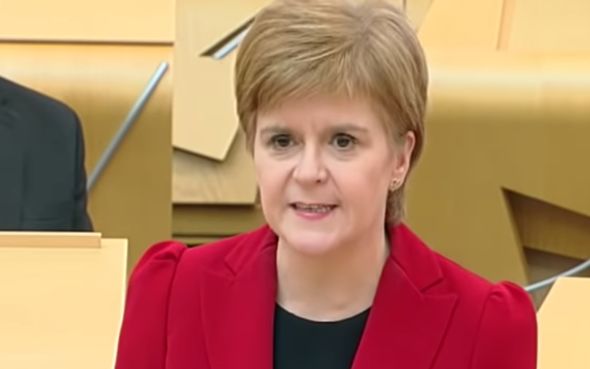 She said: “When the last SQA fiasco happened in 2000, Nicola Sturgeon was in opposition and she insisted that the then Education Secretary and I quote ‘give the Parliament a categoric reassurance that he will make available all papers and correspondence and notes and meetings and phone calls within his department and between his department and the SQA since the start of this year’.

“The same thing needs to happen now. We know that this Government doesn’t have the best record in making documents available but will she today give that guarantee and will she start by confirming that the Education Secretary did indeed formally back the SQA deeply flawed model?”

The return of Ms Davidson following the election of Douglas Ross earlier this month is expected to be included in the party’s new strategy to regain ground ahead of the 2021 Scottish elections.

A party source told Express.co.uk insisted the former leader would be the “perfect person” to hold Ms Sturgeon and the SNP “to account” as Ms Davidson remains an important “asset to the party. 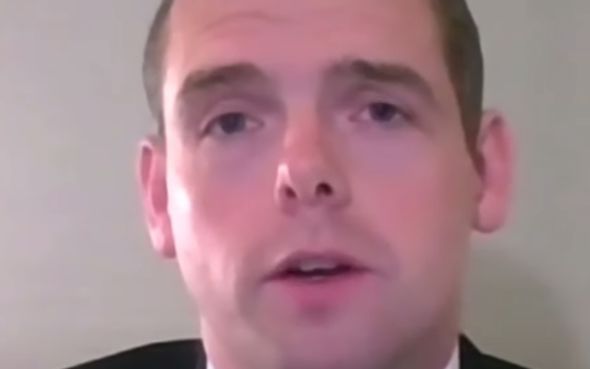 “The SNP and Nicola Sturgeon should be prepared,” the source added.

Ms Davidson earlier this month was included in the Prime Minister’s honour list and will enter the House of Lords as Baroness Davidson after the Scottish Elections in 2021.

The new Scottish Tory leader had a meeting with Ms Davidson shortly before his predecessor Jackson Carlaw resigned in early August.

Mr Ross declined to comment on what happened during the meeting but admitted he asked his former leader to take over First Minister’s Questions on his behalf. He is expected to stand for a seat at Holyrood next year.

Not a single person fined by police for breaching travel quarantine