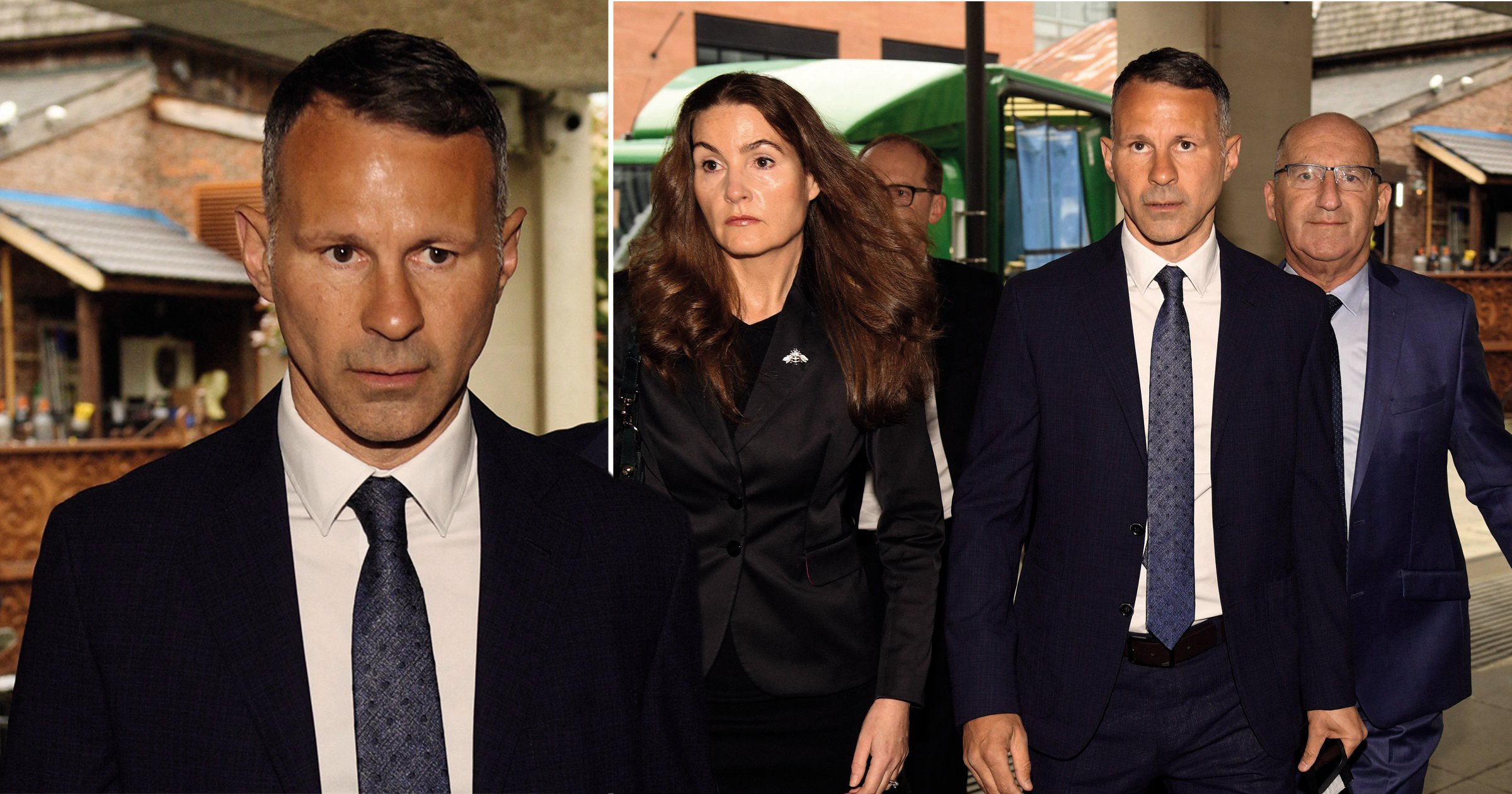 Ryan Giggs is in court today accused of drunkenly accused of headbutting his ex-girlfriend in a drunken rage.

The former Manchester United player, 47, was pictured entering Manchester Crown Court this mornin for a plea and trial preparation hearing.

He is charged with causing actual bodily harm to Kate Greville, 36, at his home in Worsley, Greater Manchester, on November 1 last year.

Giggs is also accused of controlling and coercive behaviour towards his ex-partner between December 2017 and November 2020.

The Wales football manager is said to have used violence, isolation, belittling, humiliation, harassment, degradation and abuse during their relationship.

He has also been charged with common assault by beating of his ex’s youngster sister, Emma Greville, in the same alleged incident on November 1.

Giggs denies all charges and said in a preivious statement that he would ‘look forward to clearing my name’.

The defendant will not be in charge of Wales for this summer’s Euros, with the Welsh FA confirming that caretaker Robert Page will assume the role for the tournament.

Giggs is on conditional bail, meaning he must not contact Kate or Emma Greville or to to any address where they are staying.

Sorry, Phil! Hammond could be SNUBBED by Boris over peerage after Remain campaign