He is also accused of assaulting her younger sister. The trial date of January 24 was set during a 15-minute hearing at Manchester Crown Court yesterday. Giggs, 47, is alleged to have assaulted PR executive Kate Greville, 36, causing her actual bodily harm, at his £1.7million home in Worsley, Greater Manchester.

And he is accused of assaulting her sister Emma, who is in her 20s. Both charges relate to an incident on November 1 last year.

Giggs is also accused of engaging in “controlling and coercive behaviour” towards Kate between December 2017 and November 2020. The court heard that the charge involved violence, isolation, belittling, humiliation, harassment, degradation and abuse.

Giggs, wearing a blue suit and tie, spoke only to confirm his name.

He was not asked to enter formal pleas but has denied all the allegations and previously issued a statement in which he said he would “look forward to clearing my name”. 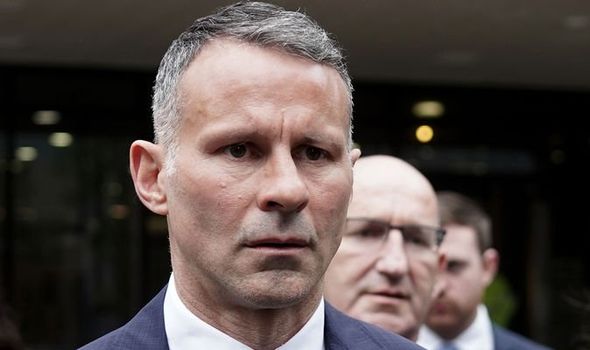 A plea and trial preparation hearing was set for July 23. The trial is expected to last up to three weeks.

The court heard the prosecution had raised the issue of jury selection. But Judge Nicholas Dean QC said he tended to agree with Giggs’s lawyer Lisa Roberts QC that “we need to trust jurors that this case is nothing to do with football or allegiance to a public team”.

He added it would be a matter for the trial judge.

Giggs remains on conditional bail and has been on gardening leave from his role as Wales manager since November.