A man has been remanded in custody after appearing in court charged with the murder of primary school teacher Sabina Nessa.

Koci Selamaj, 36, of Eastbourne, East Sussex, was charged on Monday with the murder of the 28-year-old in southeast London on 17 September.

Ms Nessa was killed as she walked through Cator Park in Kidbrooke, southeast London, on her way to meet a friend at a pub near her home.

Her body was found nearly 24 hours later covered with leaves near a community centre in the park. Selamaj appeared before Willesden Magistrates’ Court on Tuesday morning after being arrested in Eastbourne in the early hours of Sunday.

After being asked for an indication of plea by District Judge Dennis Brennan, Selamaj’s solicitor Aidan Harvey said the 36-year-old intended to plead not guilty.

Selamaj is due to appear at the Old Bailey on Thursday and will be asked to enter a plea at the same court on October 26. 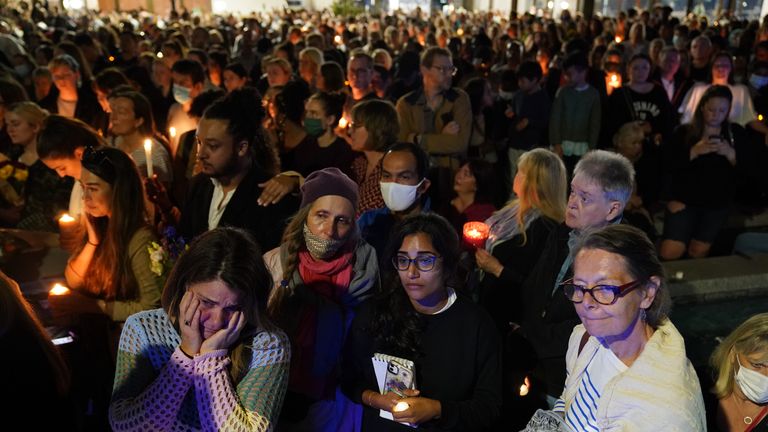 It comes after hundreds of people gathered at a vigil in Kidbrooke on Friday to remember Ms Nessa.

Her sister Jebina Yasmin Islam broke down in tears as she addressed the crowd.

“Words cannot describe how we are feeling, this feels like we are stuck in a bad dream and can’t get out of it – our world is shattered, we are simply lost for words,” she said.

“No family should go through what we are going through.”