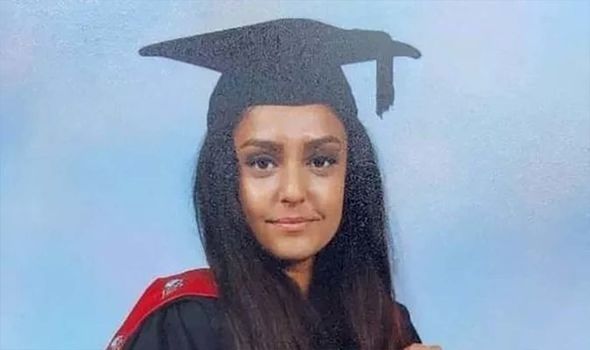 The devastated man went from door to door by his home, saying: “My daughter has been killed.” One resident said the bereaved father was “in total shock”. Primary school teacher Sabina Nessa, 28, was found dead in Cator Park, Kidbrooke, south east London, on Saturday.

Police say she was attacked at about 8.30pm on Friday when the park was still busy. But a post-mortem examination to discover the cause of death proved inconclusive.

A man in his 40s was arrested in Lewisham on Saturday. He was released under investigation, pending inquiries.

Ms Nessa worked at Rushey Green Primary School in Catford but often went back to her home town of Sandy, Bedfordshire.

Her boss, headteacher Lisa Williams, said: “She was a brilliant teacher ‑ kind, caring and absolutely dedicated.”

Det Chief Insp Joe Garrity said: “Sabina was found near the OneSpace community centre, which we know is a facility used by lots of people.”

Janet Daby, the Labour MP for Lewisham East, said: “Yet another woman’s life lost simply for walking in a public space.”