Mr Gove is said to play a crucial role in the Government when it comes to Scotland. Last month, plans to create a Cabinet position for the Union to counter the Scottish National Party (SNP)’s growing push for independence were reportedly rejected because Mr Gove already wields the responsibility. However, in the early stages of the pandemic he clashed with the Scottish First Minister, Ms Sturgeon, who was also backed up by London Mayor Mr Khan in a meeting on how, and when, to impose a lockdown.

As COVID-19 began to sweep through Europe in March 2020, French President Emmanuel Macron had a tense phone call with Prime Minister Boris Johnson

According to reports in France, the French leader was “irate” and “lost his temper” as he urged Mr Johnson to “announce measures to fight the pandemic”.

Following this call, a COBRA meeting was held, although the Prime Minister was absent with Mr Gove chairing in his place.

As highlighted in ‘Failures of State’ by Jonathan Calvert and George Arbuthnott, one source present at the meeting was baffled by Mr Johnson’s absence.

They said: “I turn up and Michael Gove was chairing it, not Johnson. It was odd. 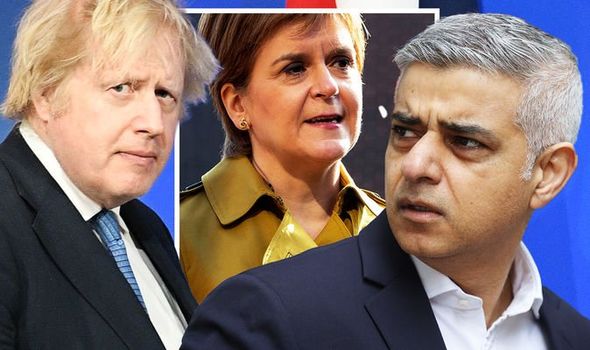 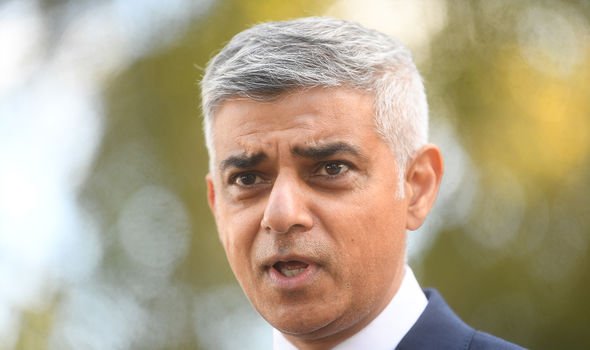 “To miss such a critical COBRA meeting, I just don’t understand why. This is the COBRA where we decided to bring in nationwide measures.

“It’s literally a five minute walk from the Cabinet Office.”

In the meeting, the key measure being discussed was whether close venues where people congregate at night.

Mr Gove suggested pubs shut on the next Saturday lunchtime, but Scottish First Minister Sturgeon and London Mayor Khan argued against this.

They came out “strongly” in opposition to the idea, adding that this could encourage people to go for “one final disastrous Friday night binge.”

Both Mr Khan and Ms Sturgeon have fumed at the Prime Minister during the pandemic. 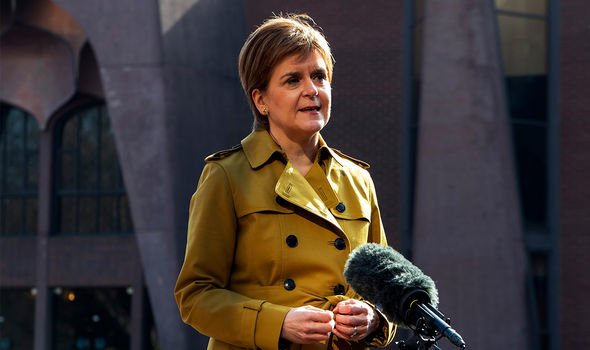 The London Mayor accused Mr Johnson of “lying yet again” in relation to Transport for London (TfL)’s finances last week.

The Prime Minister, himself a former Mayor of London, said there was a “black hole” in TfL finances before the COVID-19 pandemic and that he, as Mayor, had left them “in robust, good order”.

“COVID-19 is the sole cause of TfL’s challenges. Before the pandemic I was fixing his mess at TfL – reducing the deficit by 71 percent compared to what he left.”

Last July, Ms Sturgeon fumed at Mr Johnson for saying “there is no such thing as a border between England and Scotland”. 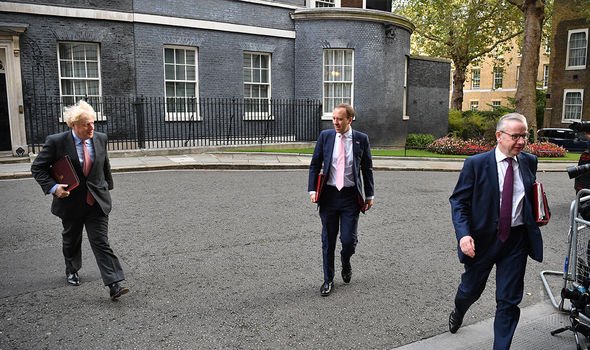 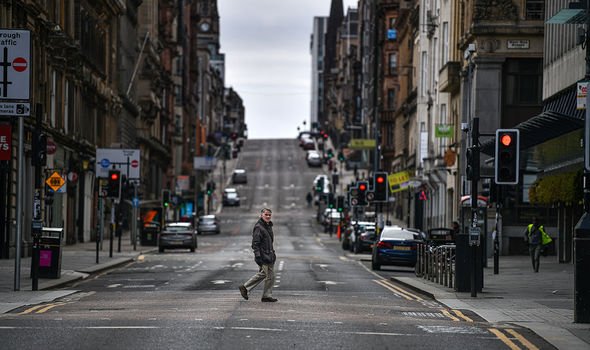 Asked at the Scottish government’s coronavirus briefing about the comments, Ms Sturgeon said it was “such an absurd statement”, and added: “What there definitely is, is a geographical boundary to my powers as First Minister.”

She continued: “If the Prime Minister is questioning that now, I’m not sure what he would say if I pitched up in Newcastle and started to try to implement Scottish government policies in Newcastle.

“And see what I’ve just said there? It’s absurd too, which is why we shouldn’t be having these discussions.

“We should all be focusing with an absolute laser-like focus on what we need to do within our own responsibilities and working together when necessary to stop a virus.”

Failures of State: The Inside Story of Britain’s Battle with Coronavirus, by Jonathan Calvert and George Arbuthnott, was published by Mudlark in March. It is available here.