Home » Europe » ‘Sadistic’ burglar raped mother and her daughter, 14, after breaking into house 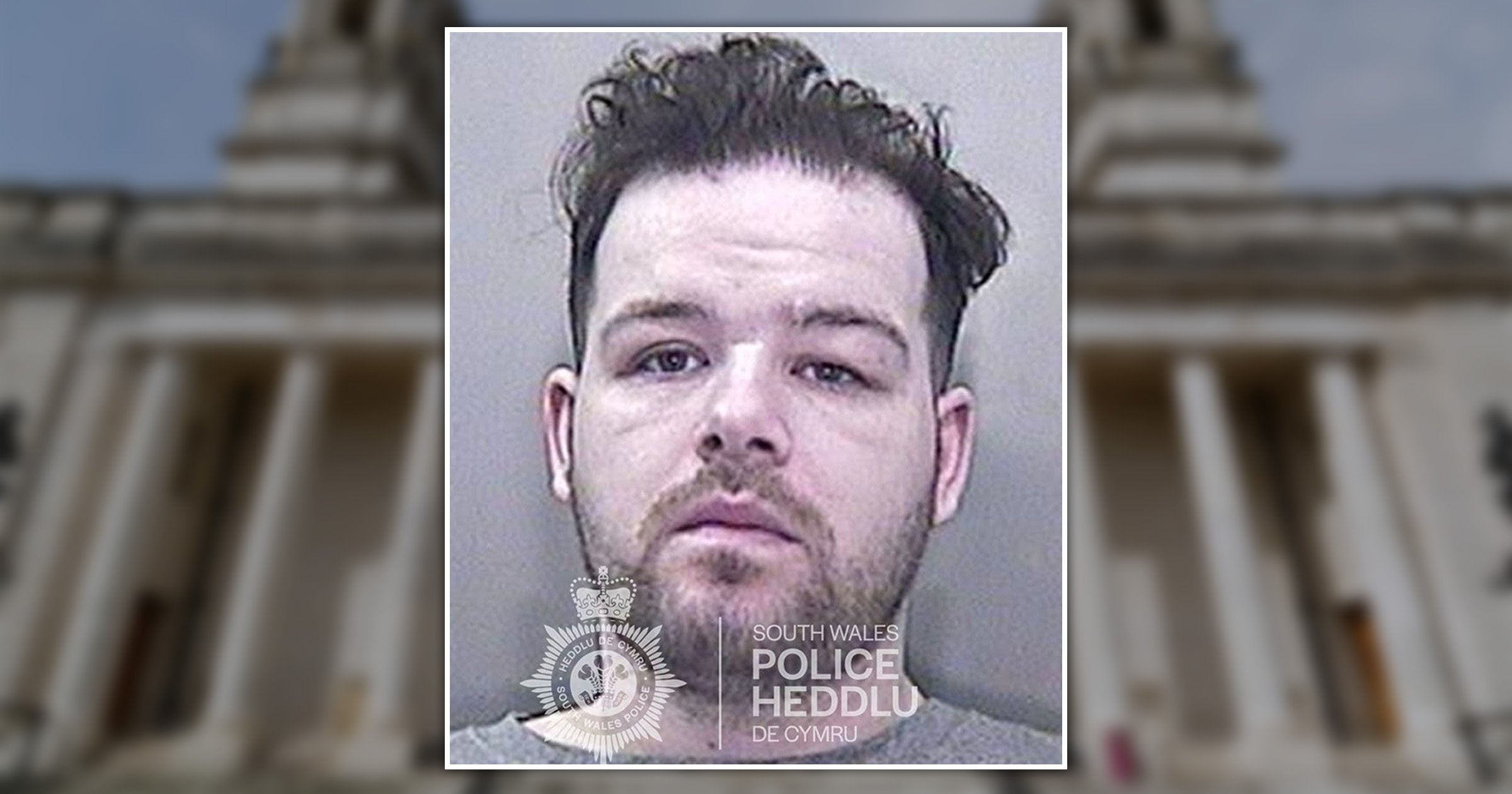 A man who raped a mother and her 14-year-old daughter after forcing his way into their home has been jailed for 10 years.

Joshua Carney, 28, was high on spice when he carried out the random attack in Cardiff at 6.45am on March 1, just as the mother was getting ready for work and her daughter was asleep upstairs.

The career burglar had only been released from prison five days earlier after serving half of an eight-year sentence for breaking into six homes around the city.

A court heard the mother went to her front door when she heard Carney try the handle and then the letter box.

She stepped out into the street only to see Carney, dishevelled and barefoot, hiding around the side of her house.

After asking her to call him a taxi, Carney forced his way in and locked himself inside. He then punched her face repeatedly and raped her in the living room.

The young girl called the police when she heard her mother being attacked.

Carney tried to break into her room and her mother told her to open it, fearing they both might be killed if they did not comply.

He snatched the girl’s phone and realised she must have called the police. Carney then raped them both in the mother’s room.

As he went to leave the property, Carney was confronted by the blue lights of police cars and went back inside.

Fearing they might end up as hostages, the mother offered to show him out of the back door and unlock the gate.

She later told police of her terror at walking through the kitchen where knives were on show.

Carney was arrested by two officers as soon as he stepped outside the gate.

He was taken to hospital, claiming to be high on spice and told police he had no memory of the incident.

While in custody, he told officers: ‘Those f***ing little sluts probably called me into their house.’

Carney initially denied wrongdoing and refused to answer questions, but he later pleaded guilty to six counts of rape, one count of attempted rape and two counts of assault by penetration.

In a statement, the daughter said she can no longer be at home by herself and is terrified by the company of men.

Both said they were wracked with guilt at being unable to prevent the attack.

Jailing him for life with a minimum term of 10 years, Judge Tracey Lloyd-Clarke said: ‘(The attack) was deliberately sadistic and no doubt done to satisfy your perverted sexual desires and your abusive sexual remarks are indicative of your attitude – one of the rapes was punishment for phoning the police.’

‘Your offending on that day was horrific, it was the stuff of nightmares,’ she added.