Dust from the Sahara Desert is causing hazy skies in southern and central England after being swept north by high winds.

The eerie spectacles captured in a number of images posted online were triggered by a series of sandstorms in North Africa.

The Met Office said the Saharan dust was a mixture of sand and dust from the desert, which can reach Europe depending on conditions.

Hazy skies could be seen in Penzance, Dorset, London and Cambridge on Wednesday night and Thursday morning. 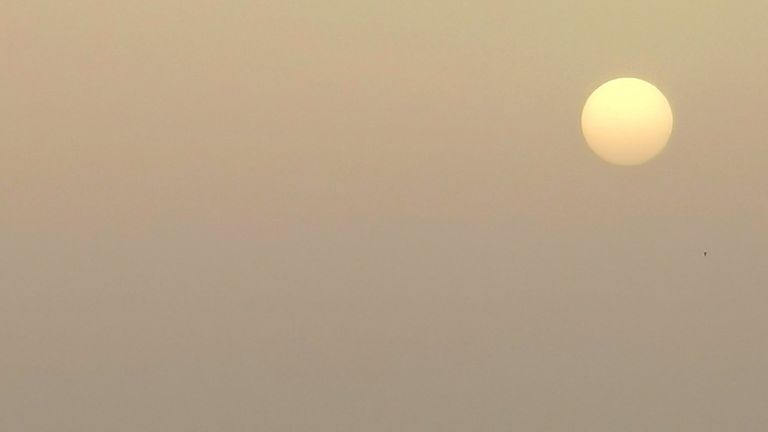 The Met Office said in a post on Twitter: “If you live in the south of the UK you may be wondering why the sky has a strange hue this morning.

“This is Saharan Dust which can even be seen of the latest visible satellite picture.”

In February, researchers said that a plume of dust from the Sahara had caused a sharp rise in air pollution in parts of Europe.

The European Commission’s Copernicus satellite said at the time that particles were smaller than 10 micrometres and risked causing breathing difficulties, asthma attacks and heart problems if inhaled. 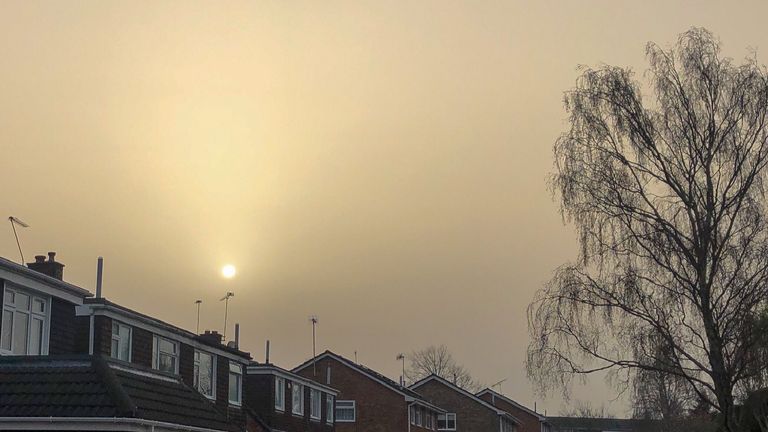 The particles mix with rain and can leave dust deposits on cars and windows, during heavy rainfall. 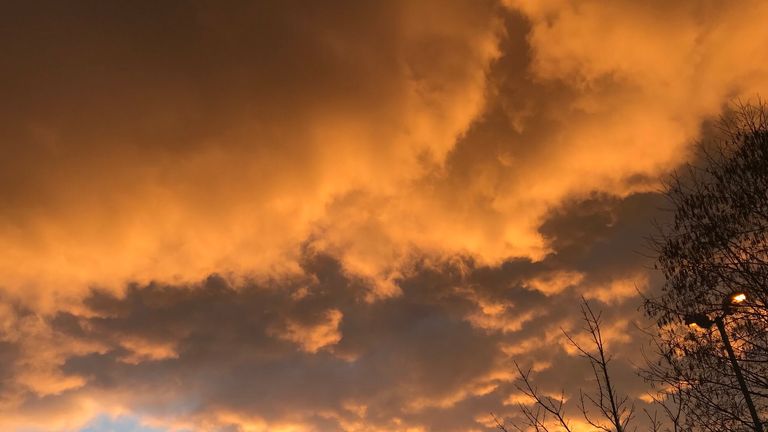 In April 2019, motorists in southern regions spotted a coating of red dust on their cars.