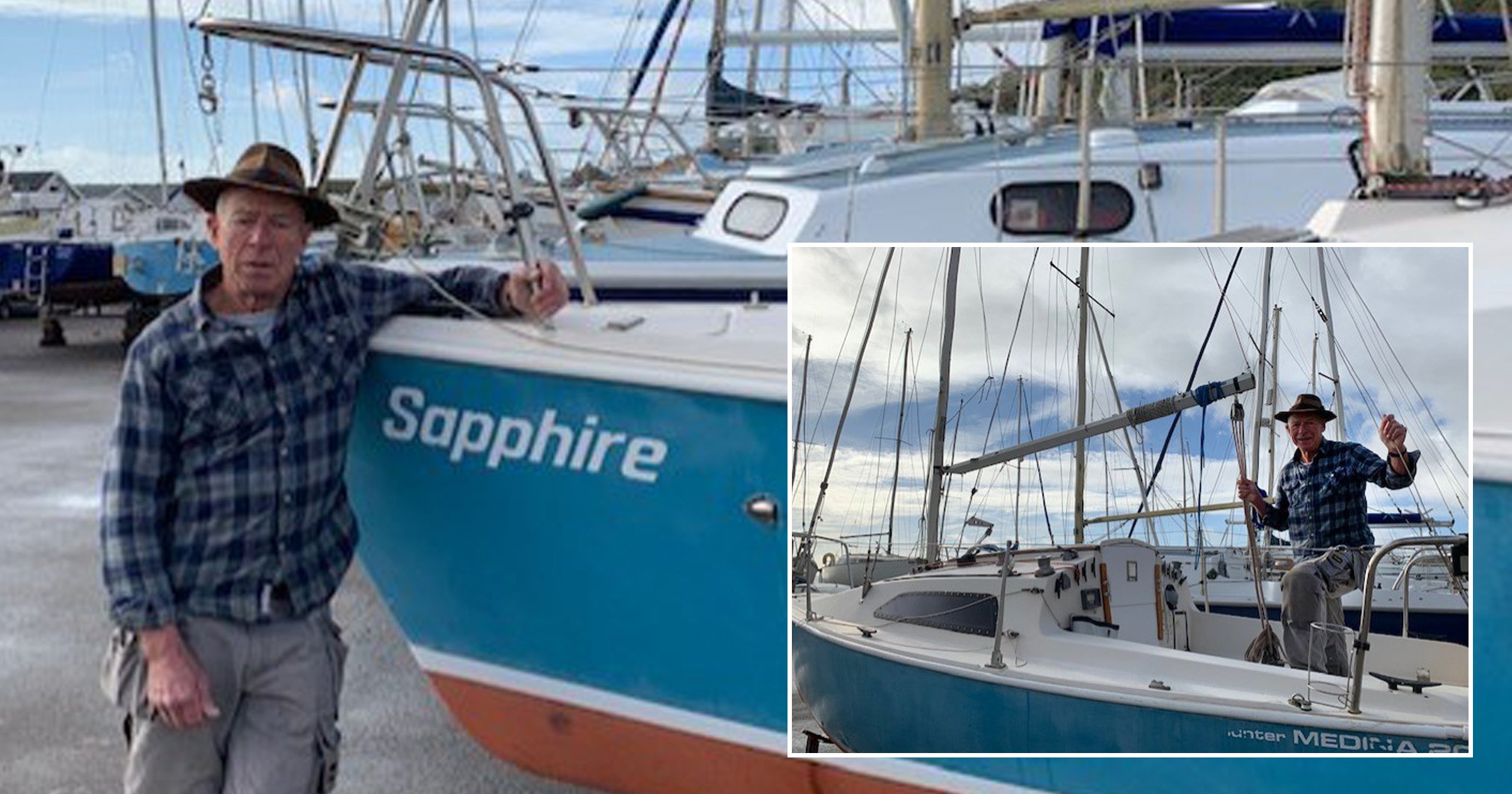 A sailor who was trapped in the port of Cherbourg when it was blocked by French fishermen has said they are ‘not to be messed with’.

Hugh Duncan was among holidaymakers, including children and pensioners, who were stuck when underwater cables were laid across the entrance.

Mr Duncan, who was sailing the yacht Goodwill, was among around 30 boats, carrying 60 people, who were eventually allowed to leave.

The skipper, from Lyme Regis, Dorset related his experience as the UK and France clashed over post-Brexit fishing rights.

A British trawler was seized by France on Thursday and Paris has warned that it could take further action, including blocking British vessels from landing their catches in some ports and tightening checks on boats and trucks.

The father-of-two was allowed out during a two-hour lifting of the blockade, which had involved the French using the Napoleonic tactic of laying cables as they protested over fuel prices.

‘My first reaction is that the French are not to be messed with, the fishermen are a bloody tough bunch,’ he said. ‘All fishermen are tough because of the job they are doing but they take it to another level.

‘But I am not in favour of Brexit at all, I think that Britain has broken its agreement to allow the EU to fish in those waters, because it is not issuing the licenses to those guys.

‘With the blockade in Cherbourg, they got what they wanted those guys, they went out and did it.’

In May 2008, Mr Duncan found himself caught up in a protest at fuel prices whereby the French fisherman blockaded harbours, also using large trawlers. He had been celebrating the 20th anniversary of a sailing expedition where he and friends would race to Cherbourg to buy wine.

Mr Duncan, 71, stayed put amid reports of other sailors being targeted by flares and having their boats rammed when they attempted to break out.

‘They put a cable right across the harbour line and just shut it down like that, bang,’ he said.

‘Nobody in, nobody out, it was incredible, an absolutely unilateral action and that was that.

‘It didn’t affect us because we are recreational sailors but it must have been one heck of a blow to people doing it commercially.

‘There was talk of mutiny but given a choice of being stuck in Cherbourg or taking on the French fishermen I chose the former.’

The dispute was triggered last month when the UK and Jersey denied fishing licences for British waters to dozens of French boats. Paris argued that this breached the post-Brexit deal with the EU.

George Eustice, the Environment Secretary, told the BBC only a ‘small number of vessels’ were refused licences ‘because they have never accessed Jersey waters before’.

He said 98% had been granted to EU vessels and the UK would ‘reserve the right to respond in a proportionate way’ to France’s actions.

The French ambassador to the UK, Catherine Colonna, was summoned by the Foreign Office for talks today.

Coronavirus crisis could leave more than one in five Britons unemployed