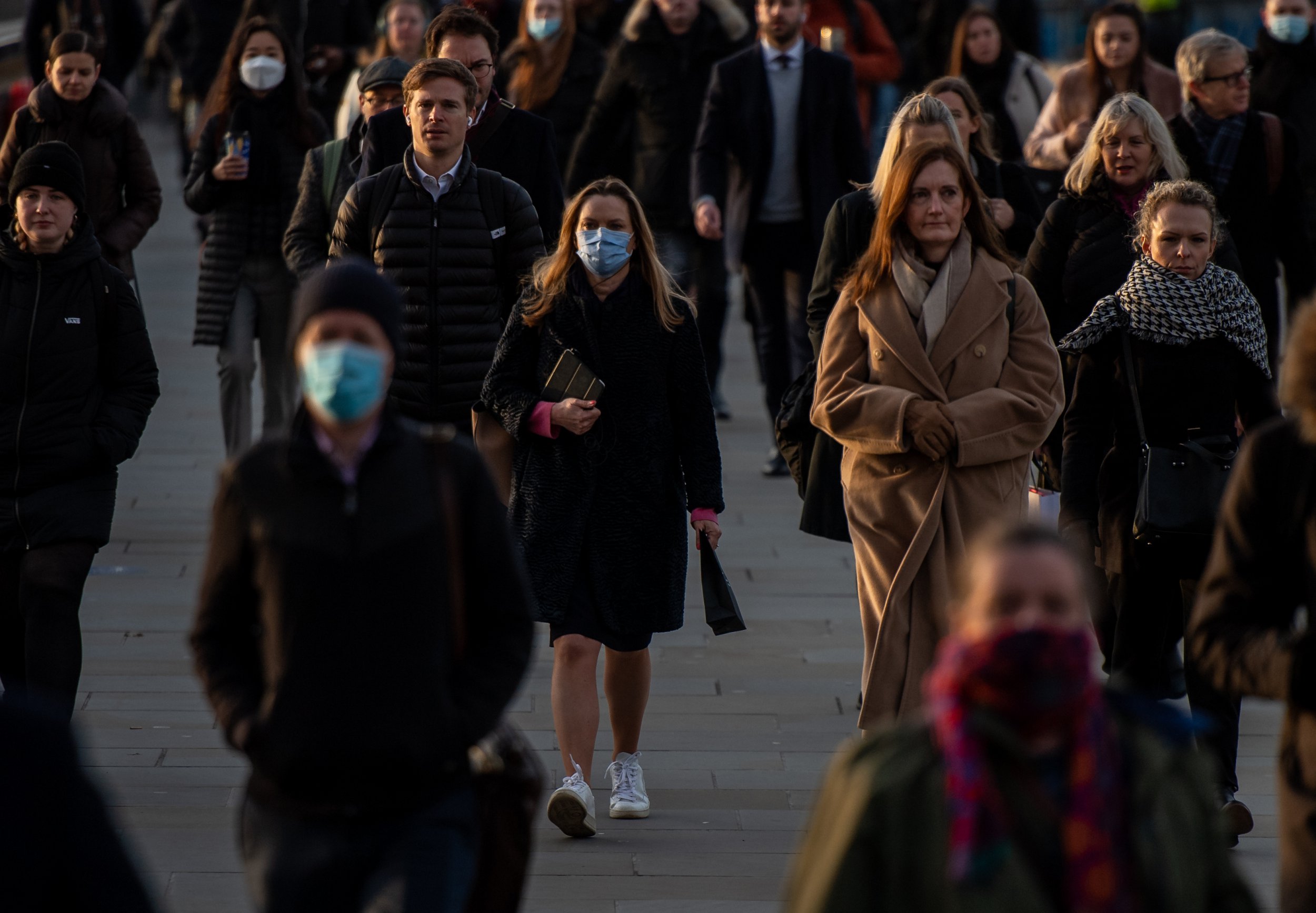 Ministers have been warned that ‘stringent national measures’ need to be in place by the end of next week to prevent Covid hospitalisations topping last year’s winter peak, it has been reported.

Health Secretary Sajid Javid is said to have been given a presentation by the UK Health and Security Agency on Tuesday warning that the spread of the Omicron variant could overwhelm the NHS with up to 5,000 people being admitted to hospital each day.

Although there are not currently any plans to go beyond the Plan B measures reintroduced this week, Cabinet minister Michael Gove has warned the UK faces a ‘deeply concerning situation’.

UKHSA advice for Mr Javid, leaked to the Guardian, points out that ‘under a range of plausible scenarios, stringent action is needed on or before December 18 if doubling times stay at 2.5 days’.

It warns that even were the doubling time to extend to nearer five days, ‘stringent action is still likely needed in December’.

The advice goes on to say: ‘The rapid spread of Omicron means that action to limit pressures on the health system might have to come earlier than intuition suggests.’

An additional 448 confirmed cases of the Omicron variant have been reported across the UK, the UKHSA said, bringing the total number to 1,265.

The agency warned on Friday that Omicron is expected to become the dominant strain in the UK in a matter of days.

It said the number of cases will exceed one million by the end of the month if current trends continue.

However, while two doses of the vaccine are much less effective against the new strain when compared with Delta, effectiveness ‘considerably increased’ after a third dose, it added.

After chairing a Cobra meeting with the first ministers of the devolved administrations, Mr Gove warned that evidence suggests Omicron is ‘more likely’ than past Covid-19 variants to ‘potentially’ lead to hospital admissions among the fully vaccinated.

The Cabinet minister said the current measures ‘absolutely’ need to be kept ‘under review’, but that he felt the approach taken was ‘proportionate’.

He added: ‘We recognise the importance of balancing people’s ability to get on with their lives with the need to protect them from this virus.’

From Friday, in England the legal requirement to wear masks has been extended to more indoor spaces including museums, galleries and community centres.

There will be a return to working from home on Monday, and mandatory Covid passports for large venues from Wednesday, as the Government’s Plan B comes into force.

The new regulations will be put to a debate and vote in the Commons next week – and with Labour’s support they are certain to be approved despite the prospect of a large Conservative revolt.

The tougher restrictions have been branded a ‘necessary evil’ by Professor John Edmunds, a member of the Scientific Advisory Group for Emergencies (Sage).

He told a Royal Society of Medicine briefing: ‘I think it’s a necessary evil … it’s very damaging for parts of the economy, the hospitality sector, retail sector in particular – they’re going to be affected.’

The Government also said on Friday that a further 120 people had died within 28 days of testing positive for Covid-19.

Separate figures published by the Office for National Statistics show there have now been 171,000 deaths registered in the UK where Covid-19 was mentioned on the death certificate.