Wayne Couzens has joined the relatively small group of killers in the UK who will die behind bars for their crimes.

A court heard how the then Met Police officer falsely arrested Sarah Everard for breaching coronavirus rules to get her into his car, rape and murder her.

Sentencing the 48-year-old, Lord Justice Fulford said the abuse of his “unique position” as a policeman was a “vital factor” in giving him a whole-life tariff.

Metropolitan Police Commissioner Dame Cressida Dick has resisted calls to resign and said she will “do everything in her power to ensure any lessons are learned”.

But as Couzens begins his life sentence, there are still key questions that remained unanswered.

Before he murdered Ms Everard, he was subject to three separate allegations of indecent exposure – one while he serving with a different force in 2015 and two just weeks before his crimes.

The Independent Office for Police Conduct (IOPC) is still investigating the potential failure of the Met and Kent Police to properly investigate those allegations.

Here Sky News looks at the key questions about Wayne Couzens and the police that are yet to be answered.

1. Was he nicknamed ‘the rapist’ and why?

Couzens first became involved with the police in 2005, when he joined the Kent force as a special (volunteer) constable.

But his plea hearing at the Old Bailey in July heard that he was involved in an “incident” of a sexual nature in 2002.

Police forces are obliged to carry out thorough vetting and background checks on special constables, but it is unclear if they were made aware of this “incident”.

In March 2011, Couzens joined the Civil Nuclear Constabulary (CNC), which saw him stationed as an armed protection officer at a nuclear facility in Sellafield, Cumbria and Dungeness in Kent. 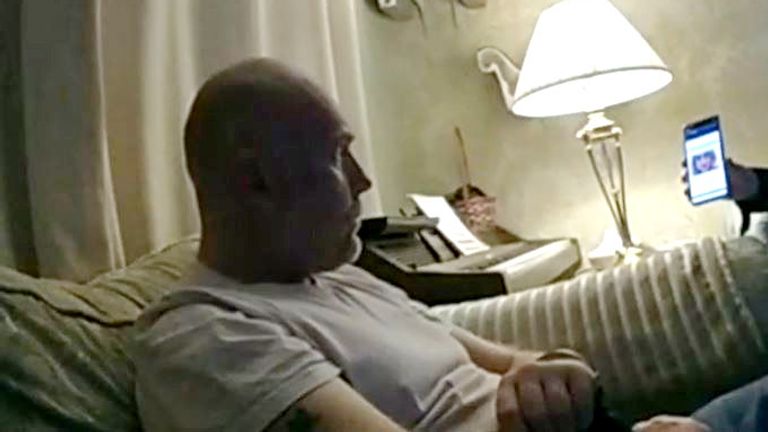 The Old Bailey was told that his CNC colleagues knew he was “attracted to violent pornography”, with The Sun reporting he was given the nickname “the rapist”.

Met Police assistant commissioner Nick Ephgrave said the force “refutes” he was ever referred to by that name, adding: “That is not something that was made aware to us”.

Graham Wettone, who retired as a Met Police sergeant in 2010, said he had never heard of a such a concerning nickname in his 30 years of service.

“I have never heard a nickname like that before,” he said.

“Why would you call somebody that? And in a police environment? It raises alarm bells.”

Former DCI Simon Harding, a senior investigator on the Sarah Everard case, told Sky News that the nickname was not widely used by colleagues and “a lot of people didn’t notice he was this person”.

But Chief Inspector of Constabulary Sir Tom Winsor has expressed concerns about an alleged “culture of colleague protection” within the police.

“In too many respects, there is evidence of police officers who become aware of damaging or worrying characteristics in police officers of not reporting them, not putting up a warning flag and that needs to change,” he told the BBC.

2. Did Kent Police investigate him thoroughly for indecent exposure in 2015?

In June 2015 a fellow driver in Dover, Kent, reported Couzens to police over claims he saw him driving naked from the waist down.

The IOPC is investigating Kent Police over alleged failures to look into the report properly.

The watchdog said in July that so far no misconduct notices have been served on any Kent Police officers in relation to their investigation.

The Met police says they are now aware of a Kent Police investigation in which no further action was taken – but did not know about it at the time they hired him. 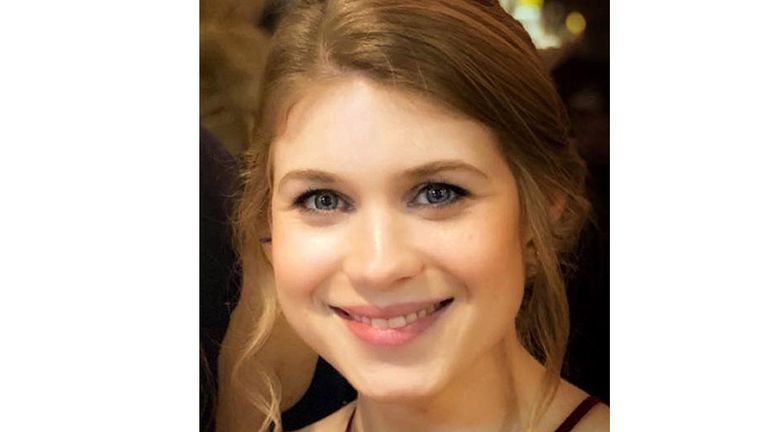 3. Did the Met Police vet him properly?

Couzens joined the Met in September 2018 after several years with the Civil Nuclear Constabulary.

The CNC is a police force of around 1,500 officers used to protect nuclear sites around the UK.

Although they are trained firearm staff and have the same powers as regular police officers, they are only allowed to use them in relation to nuclear materials.

“The CNC are armed security guards at nuclear facilities. They don’t deal with police incidents – so they’re not deemed to be fully trained,” Mr Wettone said.

“To join the Met, he would have had to do the same basic training as a new officer.” 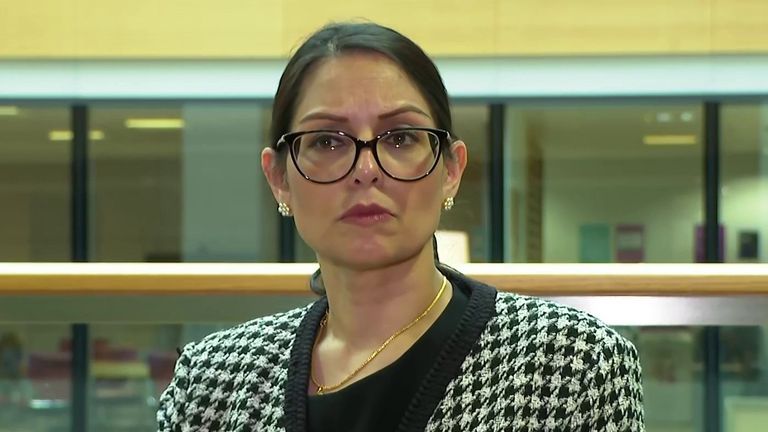 But it has been reported Couzens did not complete the Met’s mandatory two-year probation period before joining the Parliamentary and Diplomatic Protection Command – where he worked patrolling foreign embassy buildings.

It has also been alleged that he did not undergo the advanced vetting required for the diplomatic unit.

Former Detective Chief Inspector Clive Driscoll, who worked as a senior investigator on the Stephen Lawrence case, told Sky News there needs to be an independent inquiry into police vetting in light of Couzens’ case.

“The police need to be open and transparent about this, it’s in their interest to have a thorough, independent inquiry, because this has damaged confidence in the police”, he said.

A Met Police spokesman told Sky News there was “no information available to the Met at the time that would have changed their vetting decision”.

This suggests police in London were not aware of the 2015 indecent exposure allegation in Kent – either through their own background checks or his former employers at the CNC. “He may have been able to bypass the system knowing that a third-party force were investigating,” said former sergeant Mr Wettone.

Mr Driscoll added: “We need to look at corporate intelligence.

“It’s part of the recruitment process to be asked if you’ve ever been investigated for anything, not just if you’ve actually been served a misconduct notice.

“If someone applies to the Met from another force, it should be like someone joining for the first time,” the former DCI said.

Both former investigators said the government’s drive to recruit 20,000 new police officers by 2023 could have resulted in things being missed during background checks.

“That recruitment drive will have meant vetting could have been rushed through – it’s not just the Met, it’s Kent as well,” Mr Driscoll said.

Mr Wettone added that while the vetting system isn’t “perfect”, it needs to be improved.

4. Did the Met properly investigate an indecent exposure weeks before the murder?

Two allegations were made against Couzens claiming he exposed himself in a McDonald’s restaurant in south London on 28 February – just two weeks before he abducted Ms Everard.

The IOPC is still investigating whether the Met failed to investigate these reports, with two of its officers being probed for breaching professional standards at misconduct level.

Couzens was not arrested and a Met Police spokesman told Sky News he “was not subject to any misconduct proceedings” at any time.

He was not suspended, as he worked a 12-hour shift at the US embassy the day before he abducted Ms Everard.

If he had been suspended, officers are usually put on restricted duties, which mean they are not allowed to have contact with public or carry a firearm.

In Couzens’ role at the embassy, he was allowed to do both.

Although the police might have failed to investigate Couzens, Mr Wettone does not think it would have stopped him murdering Ms Everard. “Two weeks is a very short space of time,” he said.

“I cannot think of a single case where someone has exposed themselves then two weeks later abducted, murdered and raped someone.

“Indecent exposure isn’t a serious criminal offence, so if he was arrested, there was a 99% chance he would have been bailed and back out on the streets.

“As a serving officer, you’d be suspended or put on restricted duties, but you wouldn’t be sacked.

“There may have been missed opportunities, but would it have changed the outcome? I don’t think so, necessarily.”

In a statement the IOPC said it could not provide updates on its investigations linked to Couzens as they are still ongoing.

“We will look to bring those matters to a conclusion as swiftly as possible,” a spokesperson said. 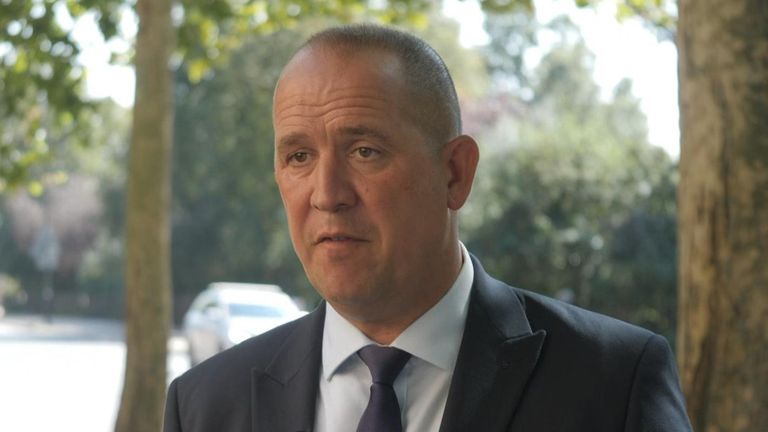 Responding to Sky News’ questions, a spokesperson for the Met said: “Wayne Couzens was vetted in accordance with his role.

“Following his arrest, a review confirmed he passed vetting processes. The checks confirmed there was no information available to the Met at the time that would have changed the vetting decision.

“Couzens was not subject to any misconduct proceedings during his time at the Met.”

Away from Couzens himself, the watchdog is also investigating a number of officers from the Met, his old force the CNC, and Norfolk Constabulary for alleged misconduct during the Sarah Everard investigation.

Three probationary Met Police officers have been investigated for “sharing an inappropriate graphic, depicting violence against women, with colleagues via WhatsApp”.

They were off duty at the time, but one later manned a cordon during the search for Ms Everard’s body.

The IOPC will take action in due course, it said. Separately three Met officers, one former Met officer, one CNC officer and one Norfolk Constabulary officer are being investigated for “allegedly sending discriminatory messages as part of a WhatsApp group” between March and October 2019.

These messages were discovered during the Sarah Everard murder investigation.

They are being investigated for gross misconduct and the three Met officers are also being criminally investigated under the Communications Act. Seven officers are also being investigated for gross misconduct after it was alleged one shared details of Couzens’ police interview that were later presented in court.

A decision on what action should be taken is yet to be made.

Finally, the IOPC investigated how Couzens sustained head injuries on the 10 and 12 March while in custody after being arrested on suspicion of murder.

The watchdog established the injuries were self-inflicted, with the Old Bailey hearing he had hit his own head on the toilet in his cell.

“Correct policies and procedures were followed and we did not identify any conduct or learning issues for the Met,” an IOPC statement said.

Badger raids woman's kitchen after sneaking in through cat flap