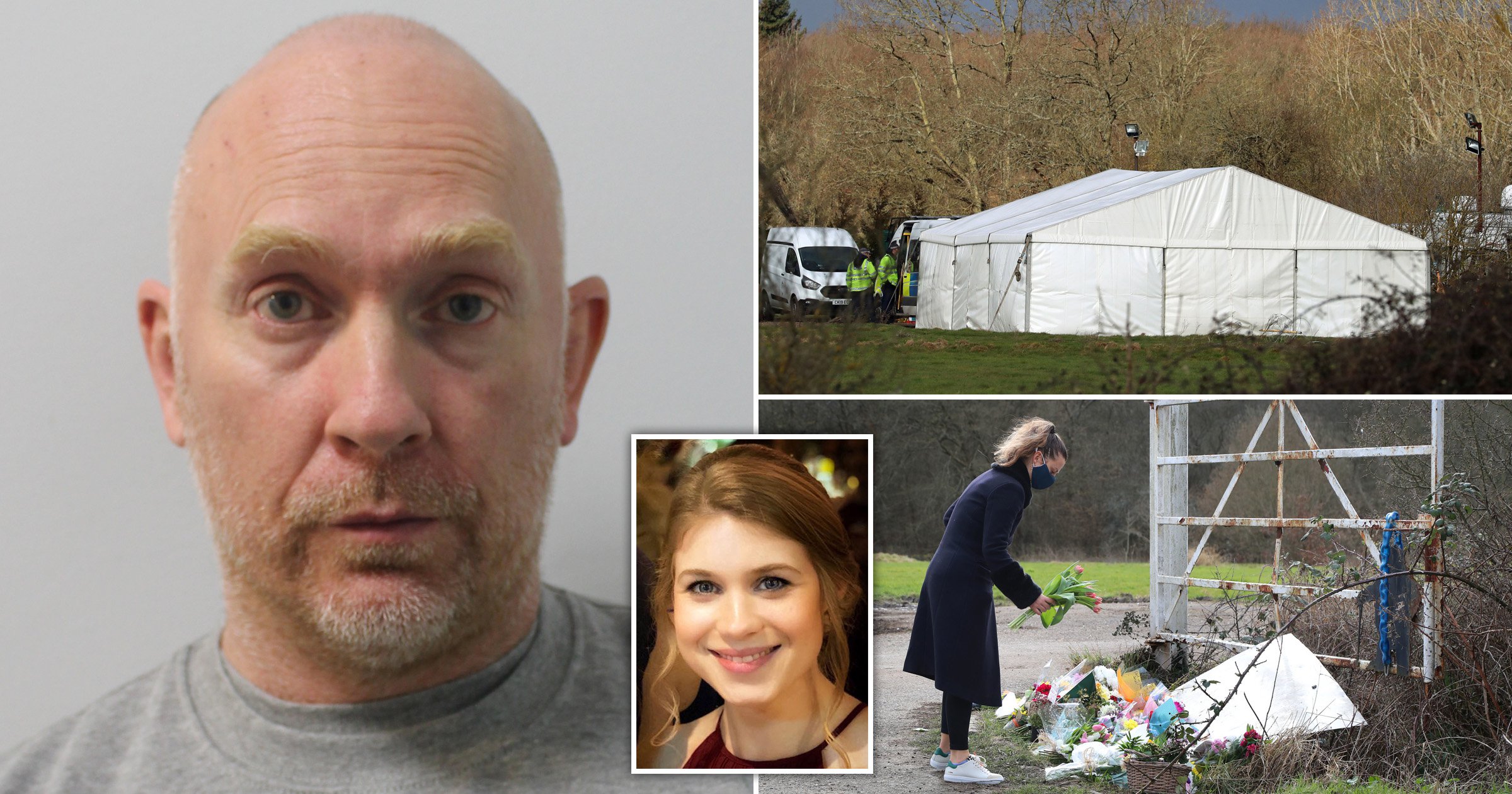 Former Met officer Wayne Couzens took his wife and kids to the scene of his horrific crimes as Sarah Everard’s family desperately searched for her, a court has heard.

The killer, 48, allowed his two young children to play in Hoads Wood, days after he burned the marketing executive’s body in a refrigerator in the very same spot, the Old Bailey was told today.

The family trip came as search parties combed London and missing posters were plastered across the city.

Sarah’s body was later found in a pond close to the area of woodland Couzens owned, near Ashford, Kent

The sick ex-cop faces life in prison after confessing to murder, rape and kidnap.

Sarah’s dad Jeremy Everard looked him in the eye in court today, telling him: ‘I can never forgive you for what you have done.’

He said: ‘You burnt our daughter’s body – you further tortured us – so that we could not see her again. We did not know whether you had burnt her alive or dead.

‘You stopped us seeing Sarah for one last time and stopped me from giving my daughter one last kiss goodbye. All my family want is Sarah back with us.

‘No punishment that you receive will ever compare to the pain and torture that you have inflicted on us.

‘You murdered our daughter and forever broke the hearts of her mother, father, brother, sister, family and her friends.

‘Sarah had so much to look forward to and because of you this is now gone forever.’

Earlier today, the Old Bailey heard how Couzens pretended to arrest Sarah before killing her.

He used his warrant card before handcuffing Sarah after clocking off from a 12-hour shift earlier that morning, it was said.

Speaking to Sky News away from court, former detective chief inspector Simon Harding suggested someone like Sarah ‘wouldn’t have got into the back of that car’ with a stranger, ‘albeit he might have a police badge’.

‘And one of the witnesses that has come forward in that inquiry that they found said that they saw Sarah being handcuffed.’