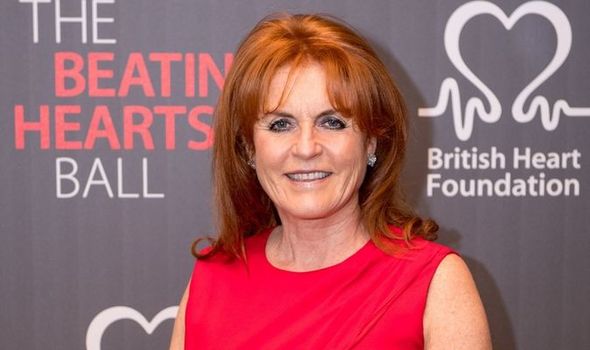 It had been thought Sarah Ferguson would be brought in from the cold after being apart from her daughters at Christmas and the rest of the royals since her 1996 divorce from Prince Andrew.

But Fergie remained at Royal Lodge, the home she shares with ex-husband Andrew.

The prince, along with the couple’s daughters and their husbands and children, joined a large party of family celebrating with the Queen three miles away at the castle, sources told the Daily Express.

After Andrew and Fergie’s breakup, Prince Philip could not stand to have his former daughter-in-law, 62, in the same room as him unless absolutely necessary.

It meant that she either spent Christmas elsewhere or stayed at Wood Farm on the Sandringham estate so her daughters Princess Beatrice, 33, and Princess Eugenie, 31, could see her for part of the day when the royals were in Norfolk.

The Queen has always been more accommodating and some insiders thought she might be joined by Fergie this year following Philip’s death in April. But sources at Windsor insisted the Duchess was missing from the large gathering.

Buckingham Palace declined to comment but it is understood the Queen hosted lunch for more than 20 of her family. Guests included Prince Charles and the Duchess of Cornwall, the Earl and Countess of Wessex and their children, Lady Louise Windsor, 18, and James, Viscount Severn, 14.

It is understood Andrew was joined by Beatrice, her husband Edoardo Mapelli Mozzi and their three-month-old daughter Sienna, as well as Eugenie and her husband Jack Brooksbank with their 10-month-old son August.

Other guests are said to have included Mike and Zara Tindall with their three children and Princess Margaret’s daughter Lady Sarah Chatto, 57, with her family.

Notable absentees were Princess Anne, 71, and husband Vice Admiral Sir Tim Laurence who were understood to be isolating at their Gloucestershire home after he tested positive for Covid.

The Duke and Duchess of Cambridge celebrated Christmas with their children at their Anmer Hall home on the Sandringham estate with Kate’s family.

Fergie may have seen her daughters and their family at some point in the day at Royal Lodge.

But in an interview with Italian TV this month she said: “I’m used to it. For 26 years, I’ve not spent Christmas with my children.

“If you leave the Royal Family, you can’t have it both ways.”