It follows alarming advances by Taliban insurgents across northern and southern provinces as coalition troops prepare to leave. There have been claims that more than 100 of the country’s 419 districts have fallen since May, leading US intelligence agencies to predict the fall of the Kabul government within six months. The advances, which have seen UK and US-trained Afghan forces surrender without a fight, have resulted in the capture of more than 700 trucks and US Humvees in June alone – allowing the Taliban to cover more ground and helping transport mortars and heavy machine guns.

“The best way to stop (our air strikes) – and I’ve actually told the Taliban – is to stop the offensive operations,” he said.

“I still have the authority to support and defend the Afghan security forces and certainly defend ourselves as well.”

In April an SAS squadron flew to Kabul to provide security as UK forces started to withdraw from the Afghan training college and various force protection roles. The 25-strong team of SAS and SBS soldiers staying behind will be based at the British Embassy, which sits on the edge of Kabul airport and is located very close to the US Embassy.

While the unit’s primary task will be to protect HM Ambassador Sir Laurie Bristow, it will also form part of the US Joint Special Operations Task Force, tasked with identifying targets for US aircraft to destroy, should the Taliban advance into Kabul. 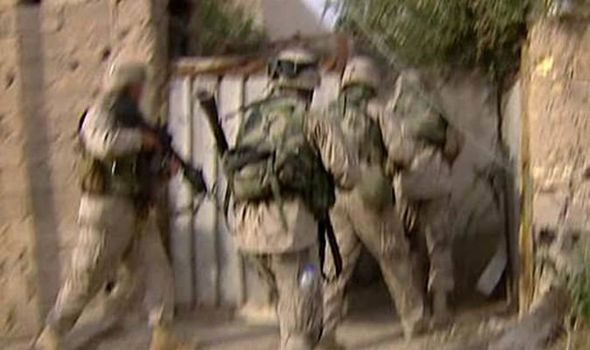 A dossier of MoD documents found near a bus stop in Kent last week included papers marked “Secret UK Eyes Only” which detailed requests by the US for Britain to leave behind some highly-rated Special Forces after the pull-out of troops.

The RAF began flying home UK military vehicles and equipment two months ago, and has made more than 100 round trips with C-17 transport planes between Kabul and RAF Brize Norton.

Bagram airbase, north of Kabul, has closed. Last week three Puma helicopters and around 50 personnel from 33 Squadron and 230 Squadron based at RAF Benson Joint Helicopter Command were returned to the UK.

The US has already withdrawn more than half of its 3,500 troops and equipment.

In February, US President Joe Biden signed a peace agreement with the Taliban, pled- ging to withdraw all troops by September 11, the 20th anniversary of the 9-11 terror attacks, which led to the Taliban being deposed from power in Afghanistan.

In return, the Taliban had pledged to prevent territory under its control from being used by terrorist groups and enter into negotiations with the Afghan government – although talks are not succeeding.