The UK’s 550 remaining troops, now based in Kabul, have been placed on notice to quit the crisis-riven country after almost 20 years of serving alongside coalition forces. Soldiers from 2nd battalion the Yorkshire Regiment, the main force protection unit in the city, have already begun to reduce their military footprint. And last week UK Army mentors at the Afghan Army officers training college on the outskirts of Kabul packed up and moved into a holding base inside the city.

More than 60 SAS soldiers have flown to Kabul where they will work closely with colleagues attached to US Special Operations to provide covert security and monitor and neutralise potential threats from Taliban, al Qaeda or Islamic State insurgents.

The unit has deployed with a dog team, medics and a bomb disposal unit, sources say.

Since then a much smaller force has been training and mentoring Afghan Forces while providing protection for Nato advisors as part of Operation Toral,

Last night a senior Army source said: “All withdrawals provide a particularly dangerous window, and Kabul is certainly no exception.

“Right now Islamic State, Al Qaeda and the Taliban are fighting for power and there is a fear it will escalate when we leave. 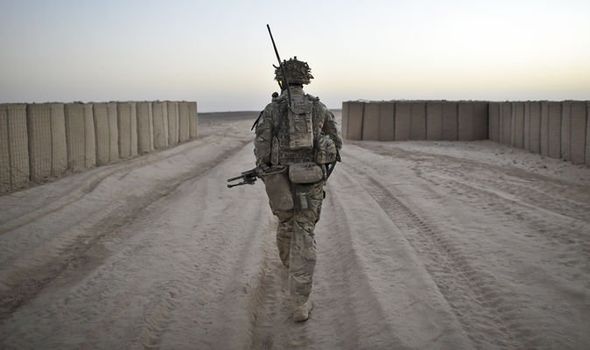 “The arrival of additional forces is for one reason – there will be resources across the city and beyond to provide an eyes and ears surveillance to prevent an attack.”

He confirmed that all UK forces would be out of Afghanistan by July 31, to coincide with the US withdrawal date.

British forces first arrived in Kabul in 2001 as part of US President George W Bush’s post 9/11 response to deny Afghanistan being turned into an al Qaeda as a training ground.

In 2006 they moved to Helmand Province to begin combat operations under Operation Herrick.

In total 454 British soldiers died in Afghanistan and thousands were left with life-changing injuries, either physical or mental.

Defence secretary Ben Wallace said: “As we drawdown, the security of our people currently serving in Afghanistan remains our priority and we have been clear that attacks on Allied troops will be met with a forceful response.”

Experts have criticised the decision, noting the increasing build up of Taliban forces since coalition combat operations ended in 2014. 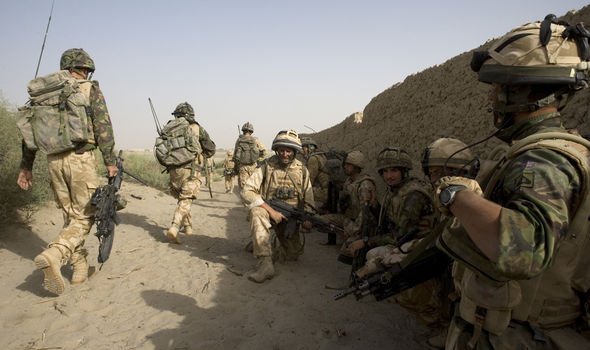 Over the last two years have seen the Taliban rebuild its forces and they now surround Afghan forces-in both Lashkar Gah and Kandahar.

Last night Col Richard Kemp, commander of UK forces in Afghanistan in 2003, said: “Donald Trump’s withdrawal plan was conditional on actions by the Taliban. He recognised the real danger of civil war between the Taliban and civilian government. Biden’s plan, however, is completely unconditional.”

He said the UK was not capable of remaining in Afghanistan without US support, adding:“We’ve spent many years training Afghan forces but the only thing that keeps them in check is a Western presence.

“They’ve suffered horrific casualties in recent years and the awareness that there is no longer a military guarantor if things get bad will play a big role, as will the lack of air support.

“So while we succeeded in ridding Afghanistan of Jihadi extremists until 2015, and in containing them since then, they will be nothing to stop Afghanistan once again becoming what it was in Sept 11 2001.

As Mod spokesman said: “The UK’s Operation TORAL forms a part of the Resolute Support Mission, which will be drawn down in line with our NATO Allies and Partners.”

Tier 3 update: Which areas could be Tier 3 soon?

WHO says e-cigarettes, 'smoke-free' products do not help reduce cancer