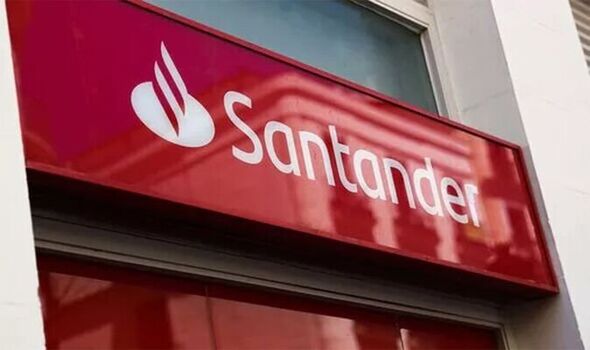 Santander has issued an urgent warning to its account holders after it discovered that more than 70 per cent of purchase scams originate on social media.

As a result, Santander has said all payment service providers should follow a specific set of rules to help prevent frauds where people are tricked into transferring cash to criminals.

Highlighting one case, Santander said a 61-year-old woman was persuaded to make several payments to someone she thought she had made friends with while playing an online game, PA reports.

She transferred over £80,000 and was told to lie about the reasons for the payments. Santander said it emerged that the woman had been the victim of a scam when she started to experience financial hardship.

The bank said it has refunded the woman and referred her to its specialist customer support team to check on her welfare and support her in the future.

Santander is now asking banks to include more consistent data sharing and the mandatory use of confirmation of payee – a fraud prevention system that lets customers know whether the name of the person they think they are paying matches the bank account number they are paying money to.

Comparing the issue to how Chip and Pin added a widespread layer of security to card payments, Santander said that a similar movement is needed to stop authorised push payment (APP) fraud. It suggested consideration should also be given to whether some higher-value or higher-risk payments require additional checks – which “could give potential victims the chance to ‘break the spell’ of scammers”.

The bank said the Online Safety Bill should be brought forward, and more consideration should be given to how fraudsters are reaching their victims in the first place. Santander also said there should be “effective and streamlined Government leadership” dedicated to tackling APP fraud.

Enrique Alvarez, head of everyday banking at Santander UK, said: “The sheer scale and value of APP fraud can detract from the real impact of these crimes on individual consumers, who can lose more than just money – their confidence and mental health can also be significantly harmed.

“Unfortunately, we see this far too often, and it is time for us all to act together. The criminals who perpetrate these scams shouldn’t be getting away with it.

Many banks have signed up to a voluntary code to reimburse APP scam victims and some have their own reimbursement guarantees. But under recent proposals from the Payment Systems Regulator (PSR), banks will be forced to reimburse anyone who loses more than £100 to bank transfer or payment fraud, apart from in exceptional circumstances.

A statement from the PSR said: “We want people to be better protected if they are targeted by a scammer and have already set out proposals designed to give much greater and consistent levels of protection for victims of APP scams.

“Financial firms have to act to prevent fraud, and these proposals will also provide strong incentives on banks to do more to detect and prevent APP fraud in the first place. As soon as current legislation is updated, we will implement our rules as quickly as possible.

“In October, we also directed an additional 400 financial firms to implement the name-checking service, confirmation of payee. This will see more widespread adoption of the protections available to people making payments.”

A Government spokesperson said: “Financial scams can have a devastating impact on people’s lives – and those responsible often prey on the most vulnerable. We are sticking up for victims by legislating to ensure the regulator can act to make banks reimburse people who have lost money through no fault of their own.”