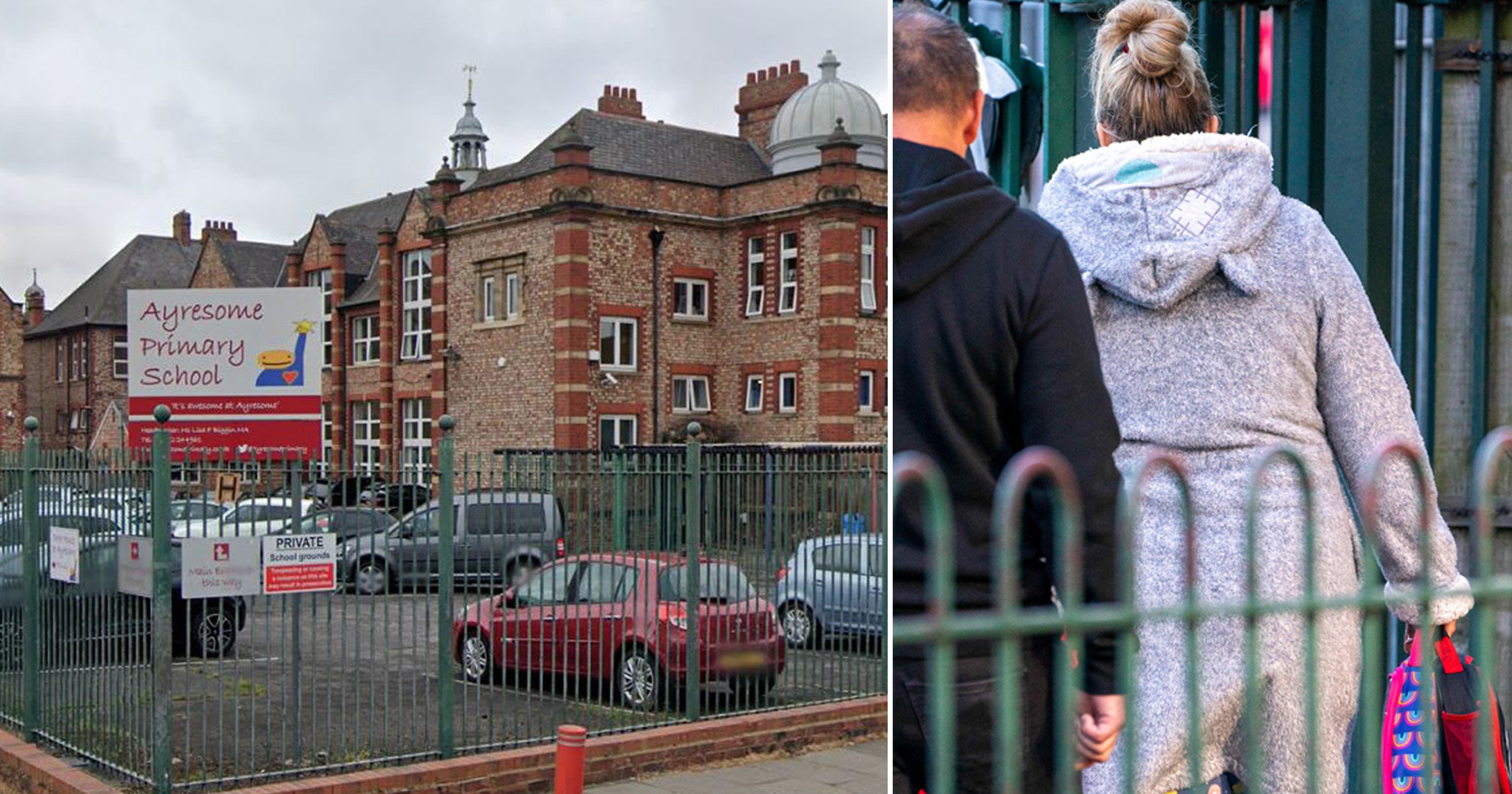 Parents have been told to stop dropping their children off at school in pyjamas because it is ‘inappropriate’.

Ayresome Primary School asked parents to get dressed before doing the school run on Friday after noticing an increase in people arriving in dressing gowns, pyjamas and slippers.

Headteacher Charlotte Haylock posted the ‘polite reminder’ on Facebook, later saying parents should ‘wear appropriate clothing when accompanying their children to and from school’.

‘As a school, we encourage our children to be appropriately dressed at
all times and we feel it is important for parents to do likewise,’ she added.

Many parents agree with the school’s position, while some branded the policy ‘judgemental’.

One dad, who asked not to be named, told Teesside Live: ‘I’m absolutely sick of it. It’s not hard to get dressed in the morning.

‘Imagine how much those kids are going to be ridiculed when they get into school.

‘They don’t even put on a fresh pair to come and collect them. A lot of the parents are disgusted by it.’

Similarly, mum Aimee Baker, whose 17-year-old son previously attended the school in Gresham, Middlesbrough, said the issue has been ongoing for more than a decade.

She said: ‘They’re taking the kids to school in their pyjamas and coming back in the same ones.

‘It’s embarrassing for the children. There’s no excuse you should get washed and dressed every morning.’

Most people supporting the move are worried about kids getting mistreated over what their parents wear, and may think it is ‘acceptable’ to go out in nightwear.

But one dad said he is not hopeful the trend will stop any time soon, because parents ‘never listen to what the school says anyway’.

Despite all the support, some people have taken to social media to defend parents who choose to wear pyjamas.

Rob Abel agrees people should be dressed for the school run but said the school should just ‘concentrate on educating children’.

‘Who does this headteacher think she is telling people how to dress?’ he asked.

Natasha Davis said: ‘If people wanna wear the pjs to take there kids then they can, as long the kids getting to school thats what counts.’

Others said the school’s policy and its supporters were ‘judgemental’ without knowing these parents’ circumstances.

Chief executive officer for the school’s Ad Astra Academy Trust, Andy Brown, said: ‘A number of parents and teachers have also expressed concern about some parents wearing nightwear at the school and I wholeheartedly support the stance taken by the headteacher.’