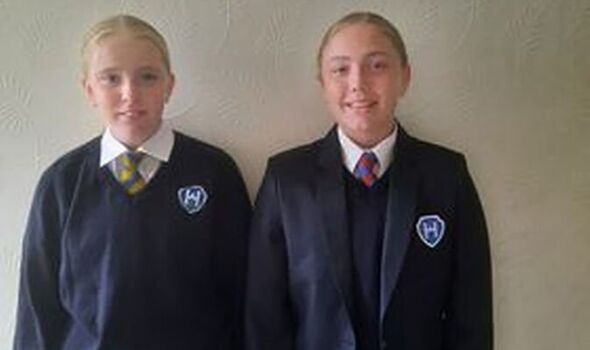 Haywood Academy in Burslem, Stoke-on-Trent, has brought in a trousers-only rule for the start of the academic year. It’s left parents fuming, though, with some even signing a petition against the move. Claire Rigby claims the school threatened two of her daughters with “seclusion” if they turn up to lessons in skirts.

Claire, 41, said: “The only option is black tailored trousers and no skirts. It hasn’t gone down well with my two daughters.

“There is a group of Year 10 girls that gathered lots of evidence from pupils, ex-pupils and anonymous staff members to show that it’s wrong and they don’t agree with taking skirts away.

“My girls won’t wear trousers. My daughter is the biggest tomboy in the world, she plays football and she still doesn’t want to wear trousers.

“They’ve had the decision taken away. They want to stand up for what they believe in.

“The school aren’t telling female teachers that they have to wear trousers. It is just wrong.”

The mum of four, from Burlsem, is particularly unhappy staff can choose to wear whatever they like, Stoke-on-Trent Live reports.

It is believed the school, which caters for more than 1,100 pupils, carried out a survey before the summer break and chose to opt for tailored black trousers for “affordability reasons”.

Other schools across the UK have barred children from wearing skirts under new ‘gender neutral’ rules but it is not clear whether this is the case with Hayward Academy, which was rated as Good after its last Ofsted inspection.

But Claire’s daughters, prefect Louise Coates, 15, and 12-year-old Charlie Coates plan to continue to wear skirts despite the risk of being put in isolation.

Their mum, whose petition has already amassed more than 100 signatures, continued: “They had a meeting with the headteacher which was right before the break up at the end of term. Over the summer there have been numerous parents that have emailed regarding it and nobody has had anything back.”

“There are a few pupils who have backed down because they don’t want to be put in seclusion. But my daughters don’t agree with it.

Haywood Academy has been contacted for a statement.