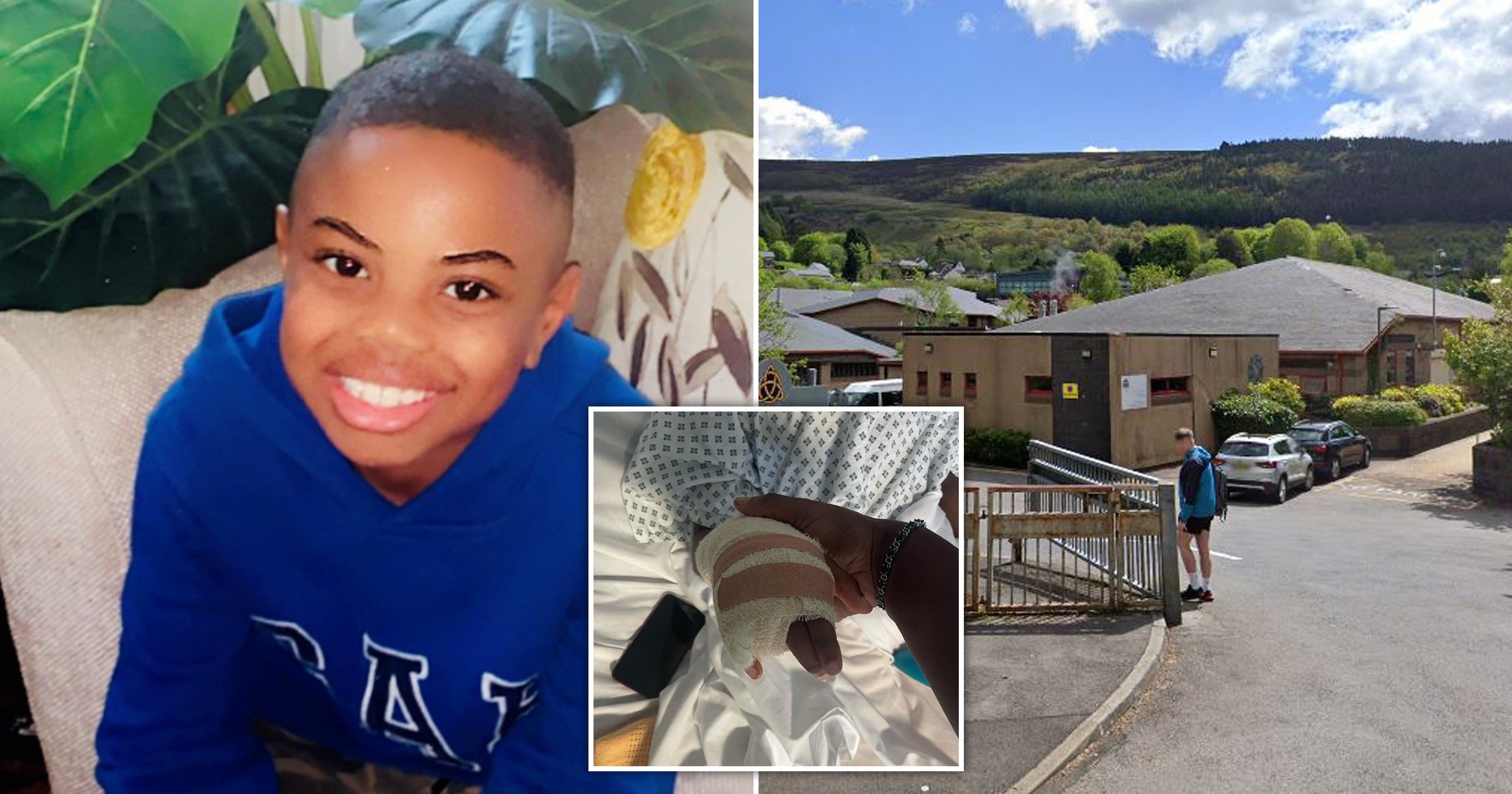 A school where an 11-year-old boy lost a finger trying to flee a ‘gang of racist bullies’ has been shut on health and safety grounds.

Raheem Bailey had a finger amputated after catching it in a fence at Abertillery Learning Community in Gwent, South Wales.

Raheem’s devastated mum Shantal Bailey said her son was ‘screaming in pain’ when he called her in tears last Tuesday.

She claims he was attacked, pushed to the ground and then repeatedly kicked by a group of schoolchildren.

‘While he was climbing over, he had a ring on, and his ring attached to the fence and it ripped but also broke his finger,’ she added.

‘Basically, he was running away because he was so tired of being picked on every day.’

Ms Bailey said her son was ‘truly brave’ and had been ‘in utter agony’.

‘The whole time [he was] telling me “I’m sorry, I’m sorry mummy. I just couldn’t, I couldn’t stay there, like why does no one like me”,’ she added.

‘These are things that my child, while being in pain, is constantly having to ask me, “Mummy, why does no-one like me? Like why? Why did they pick on me”.’

Raheem’s story has received international condemnation with boxer Anthony Joshua and footballer Jadon Sancho voicing their support for him.

Since Ms Bailey shared what happened to Raheem on Instagram, along with photos of the young boy in hospital, the family has received a flood of support.

A GoFundPage to get him a prosthetic finger and fund other recovery costs has raised more than £95,000 over the last three days.

‘Here’s so many people just in different places that have been so generous, and I did not expect what has happened so I am truly, truly grateful for it,’ Ms Bailey said.

She added the support has ‘really put smiles on his face’ and is ‘making him pick his head up’.

‘I just don’t understand, something needs to be done, I think it needs a conversation to be had.

Gwent Police confirmed they are investigating and liaising closely with the family and the school.

A statement from Blaenau Gwent County Borough Council said all campuses at Abertillery Learning Community will be closed today on ‘health and safety grounds’.

It added: ‘Learners will access blended learning for Monday, May 23.

‘The safety and well-being of learners and staff remains of paramount importance to the Learning Community and the Local Authority at all times.’