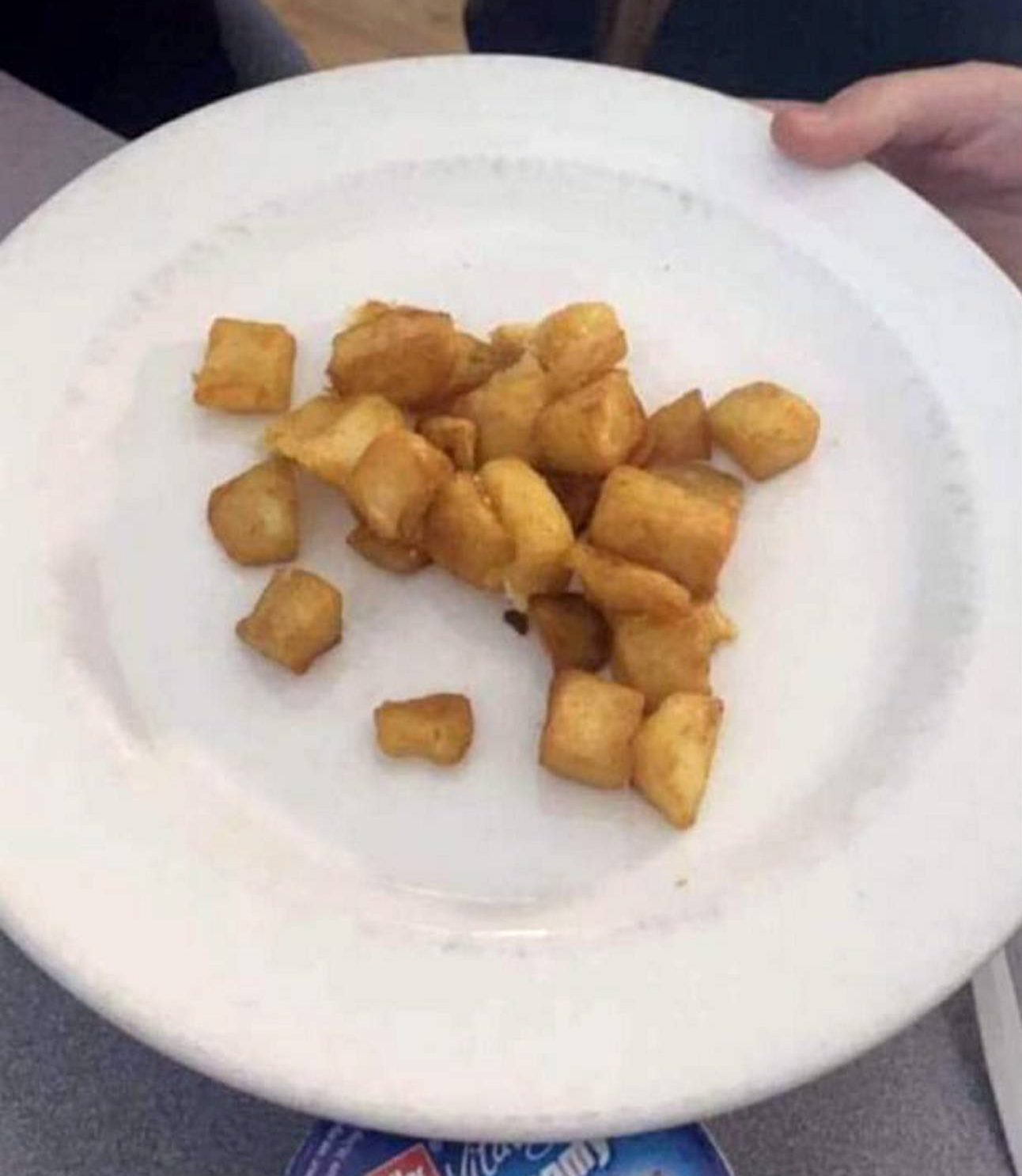 Parents claim they have to drop off food for their children to prevent them from going hungry because the food at their school is so bad.

Concerns have been raised over the quality of school dinners at Wyvern Academy in Darlington where parents claim the offering is so poor their children aren’t eating.

Several parents have voiced concerns over the current state of the school meals and have called for urgent changes to the menu.

Some say they rely on free school meals due to having low incomes but have had to give their children packed lunches to ensure they eat during the school day.

Others have said they regularly drop food off at the school gates due to meals running out before all pupils on school dinners have been fed.

Pictures of food that has been served at the school appear to show tiny portions of potatoes, pasta and undercooked food.

Many of the parents who have raised concerns wish to remain anonymous for fear of retribution.

‘They regularly run out of food by the time it’s my daughter’s turn in the
dining hall,’ one said.

‘She often texts and asks me to drop off food. She takes a packed lunch as standard now in case she can’t get a meal at school, so she isn’t hungry for the rest of the day.’

Another said they had started sending their child to school with packed lunches due to the low food supplies.

They said the situation had been ‘going on for a while’.

‘My child, along with others, are eligible for free school meals [but] now I’m having to provide her with a packed lunch,’ they added.

Several parents claim they have attempted to raise concerns about the situation with the school but have not received a reply.

One parent who contacted the school after their daughter didn’t get fed one day claimed they were told ‘there is always food left’.

They said the explanation offered by the school was that ‘perhaps she didn’t want to eat what was there as it was a healthier menu.’

‘My son comes home and says regularly that there is no food or water left when
he arrives,’ they said.

‘When looking on the parent pay it tells you what they have had and most
days they have red crosses on or just water.

‘I often find that I have to drop food off for them if they don’t feel they can cope till home time.’

Several parents said the lack of food at lunchtime was having a detrimental
impact on their child’s energy levels and ability to concentrate during lessons.

‘The pictures I have seen of the dinners are disgusting and wouldn’t fill a baby never mind a teenager,’ one parent said.

Wyvern Academy was rated ‘requires improvement’ by OFSTED at its last
inspection in 2019.

The school said it has recently introduced a menu of reforms in the dining
hall to make its school meals more balanced and reduce the reliance on sugary
carbohydrates – in line with the Healthy Schools Agenda.

In a statement, it said: ‘Wyvern Academy introduced changes to ensure students
were offered a diverse choice of quality food, from breakfast club before school
to mid-morning snacks and healthy lunches, all made on site from fresh
produce.’

Owen Inglis, the school’s head teacher said changes were introduced in line with research that saw a direct link between nutrition and brain function.