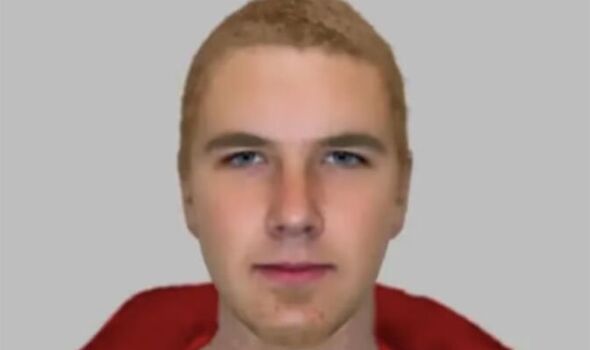 Three female students at South Gloucestershire and Stroud College have reported disturbing cases of being approached by the man, who asked them for the time – before taking their shoes off and sniffing their feet. The college, which has five campuses across the county, is investigating the incidents.

An e-Fit image of the individual has been released in the hope Avon and Somerset Police can trace him, reports Gloucestershire Live.

Students have been encouraged not to commute to and from the college alone.

A college spokesperson said: “The police have advised students not to walk to or from college alone, have mobile phones with them when walking to and from college and to call 999 straight away if any unknown male tries to come up to them or speak to them without a valid reason.

“The male has been described as being a white male, 5ft 6ins, skinny build, short blonde/brown hair, patchy beard, blue eyes, spotty complexion and around 19-years-old. He has targeted females between the ages of 10 and 15 with in the areas of Yate and Chipping Sodbury between 3pm and 5pm.”

The disturbances may be linked to other reports of inappropriate behaviour in March.

These involved a girl being touched inappropriately in an underpass in Yate, Gloucestershire.

Avon and Somerset Police said: “We’re releasing an E-fit of a man we want to identify in connection with an incident in which a teenage girl was touched inappropriately. The victim described the offender as white, with blonde hair and aged in his 20s around 5ft 9in tall. He was wearing a light red, blue and white block colour coat, dark trousers and blue trainers.

“Officers are also keeping an open mind as to whether the incident is linked with another which took place on Monday, March 21 at 4.30pm. In this incident a white man touched a girl inappropriately in an underpass near Sandhurst Street, Yate. On both occasions the victims ran away and were unhurt. The E-Fit image we’re releasing is based on the description of the offender in the first incident.”