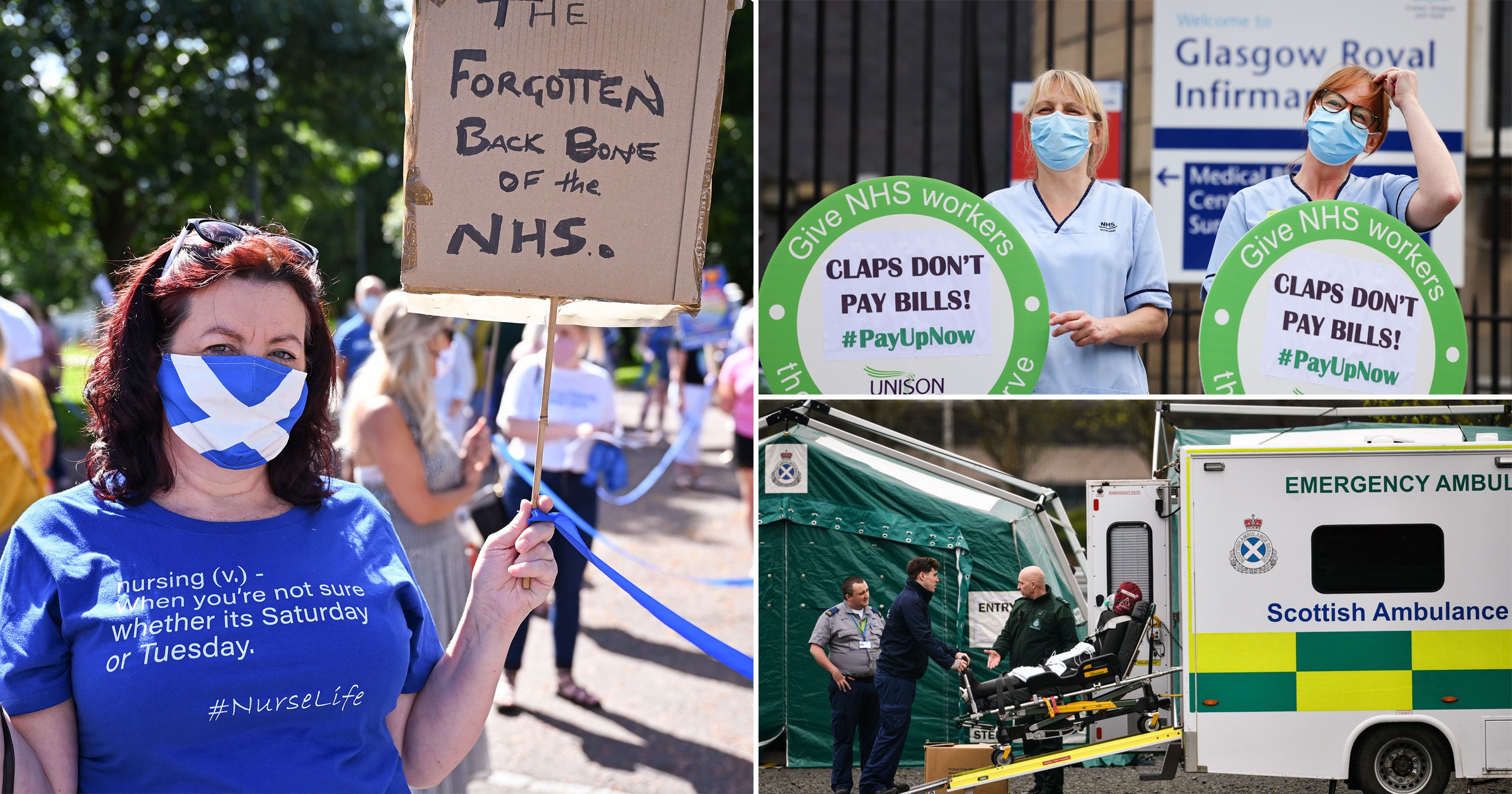 Scottish NHS workers will be getting a pay rise of 4%, leaving them thousands of pounds better off than their English counterparts.

Plans have been confirmed to reward health staff for their work during the pandemic with a bumper salary boost.

Most NHS workers in England are set to be given a pay rise of just 1% while some unions have called for hikes of 10% or more.

Health workers in Scotland, from porters to nurses and paramedics, will be roughly £1,500 to £2,900 better off throughout 2021-22, said the Scottish Government.

Unions welcomed the salary boost, which will benefit around 154,000 healthcare staff and will retrospectively cover pay packets from December 2020 and run until March next year when another deal is expected to be negotiated.

First Minister Nicola Sturgeon had already announced all staff would be given a a £500 ‘thank you’ payment last November.

She said: ‘I am delighted that unions representing a majority of NHS staff have voted to accept our offer of a pay rise of 4% on average.

‘We all rely on the hard work and dedication of NHS Scotland, and never more so than during this pandemic.

‘This pay rise, the biggest pay uplift for NHS staff since devolution recognises the unwavering commitment of NHS Scotland staff.’

The offer was accepted by the majority of unions representing NHS workers and will benefit staff with contracts under the Agenda for Change system, with payments expected to kick in from this summer.

The UK Government has been under pressure to come up with a more generous offer to NHS workers.

Its submission to the NHS Pay Review body provided for a £250 uplift for staff earning less than £24,000 and 1% for all other NHS Agenda for Change staff.

Boris Johnson has defended the rise by saying ‘it’s as much as we can give.’

In March, the Welsh Government announced all NHS and social care staff in Wales are to receive a bonus of £735 to thank them for their work throughout the pandemic.

One of the unions to reject the offer was the Royal College of Nursing in Scotland.

The chairwoman of the RCN’s Scotland board Julie Lamberth said: ‘We are disappointed that the Scottish Government has taken the decision to implement it without further discussion.

‘The Scottish Government must do more to value nursing staff – the biggest part of the NHS workforce.

‘We continue our call for the Scottish government to agree to further negotiations and to deliver fair pay for nursing.’