First Minister Nicola Sturgeon is still pursuing a referendum on Scottish independence after her party’s election victory earlier this month. But her plan has come under scrutiny after she admitted the issue of a hard border between Scotland and England needed to be addressed. She said last month: “I am not denying what the EU regulations say. I’m not denying that because of the absurdity of Brexit…all sorts of issues are raised for Scotland completely against our democratic will. “What I’m saying is we will work as a country to make sure that, for our businesses, there is no difficulties in terms of their day-to-day experience in trading.”

From the EU side, many have expressed enthusiasm regarding a potential Scottish return.

But, as Ido Vock highlights for the New Statesman, some in Spain still have reservations.

The foreign correspondent said that some European countries are wary of being seen to back the idea of secessionist authorities holding referenda on independence if they win regional elections. 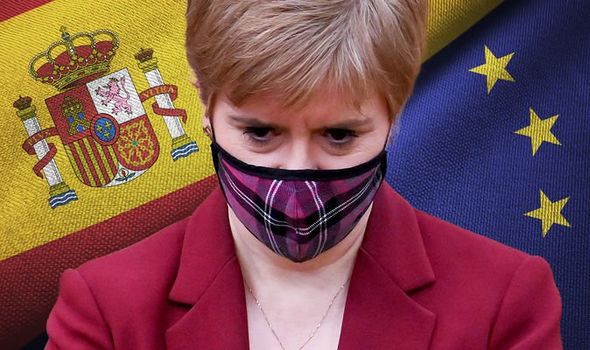 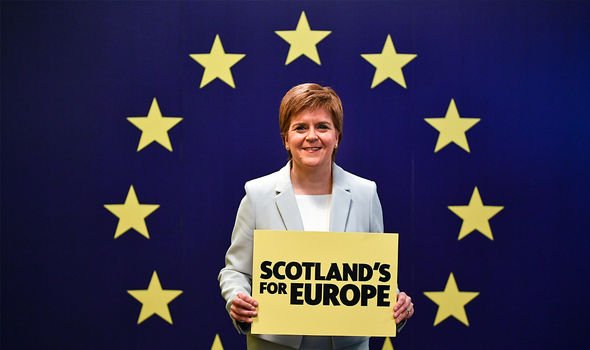 This is a concern in Spain, which has grappled with its own independence row regarding Catalonia.

In October 2017, Catalonia’s regional government held an unconstitutional referendum without permission from Madrid.

Organisers said 90 percent of voters backed a split but turnout was only 43 percent amid a boycott by unionists.

Mr Vock added: “The Spanish government is conscious that being seen to condone efforts to break up the UK could embolden Catalan parties – and in the longer term, perhaps Basque ones too. 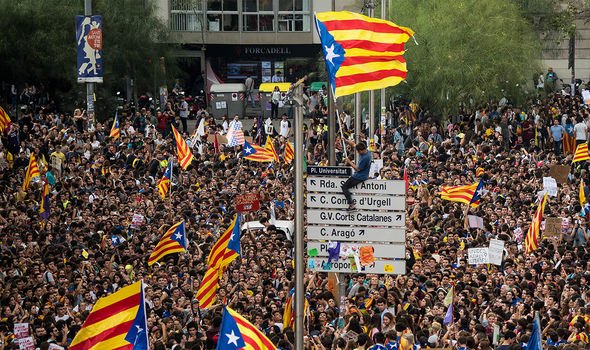 “Some in the Scottish and Catalan separatist movements see parallels between them.”

In June 2019, the Spanish government clarified that if Scotland becomes an independent state, it will not have to “wait in line” to become a full member of the European Union, nor would Spain veto its membership application.

In October last year, senior MEP Philippe Lamberts told Express.co.uk it would be a “definite yes” if Scotland tried to join the EU, adding that Ms Sturgeon could even take the top job in Brussels.

He said: “Nicola Sturgeon comes across as a genuine person, politically astute and someone whose word can be trusted, whereas Boris Johnson comes across very quickly as someone you can’t trust.

Some have feared that Ms Sturgeon could pursue a wildcat referendum if Westminster continues to turn down her demands. 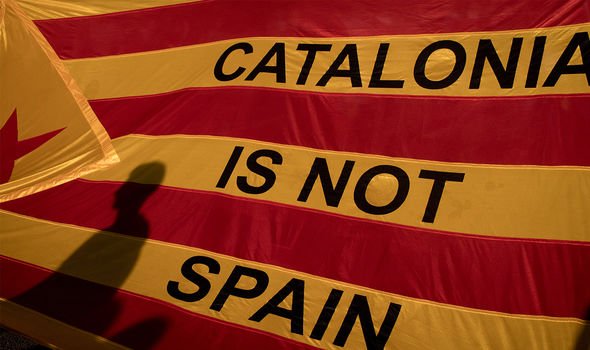 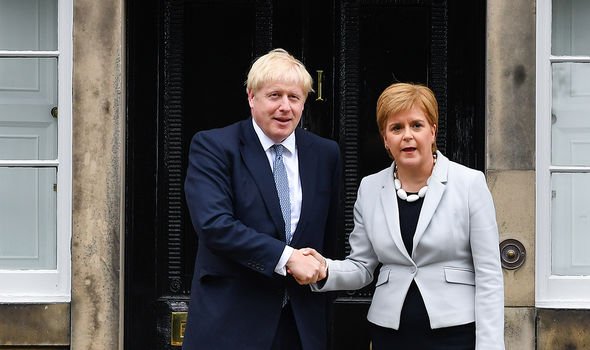 She has previously said she would not take this route, but public law expert Professor Aileen McHarg told Express.co.uk last year that a Catalonia-esque rogue referendum could backfire anyway.

She said: “Would there be a unionist boycott? [in the event of a unilaterally declared vote] I think this is quite likely.

“There are a couple of precedents that could support that – in 1973 there was a border poll in Northern Ireland on reunification.

“How significant that becomes is a question of how high support for independence is. If it is floating at just around 50 percent then a unionist boycott is a significant undermining of its legitimacy.

“If however, support for independence is as high as 75 percent, then a boycott would be much less significant.”