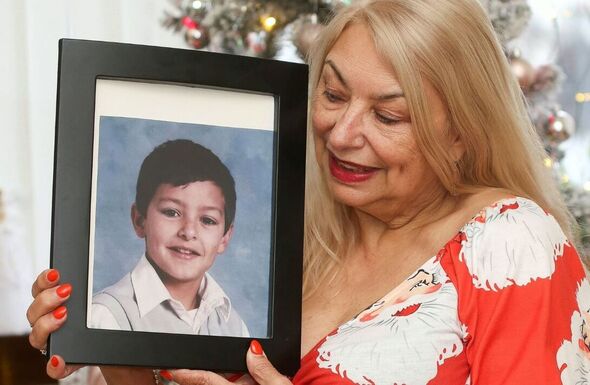 Joyce Curtis cried all day on hearing totally out of the blue that Nicholas was in a hospital in France.

He had been hitchhiking around Europe before vanishing in 2010.

Joyce had accepted he was dead, but told how a phone call informed her that Nicholas was alive, giving her a Christmas miracle.

She said: “I can’t believe it. I thought with Covid and everything that has gone on, I thought he was dead. I grieved for him.

“When I got the call to say he was alive I just went into shock. All I did was cry all day.

“This has just made Christmas for me, especially since my husband died back in June. It’s like a miracle.

“I’d resigned myself to the fact that he had died. I really thought that and I think everybody thought the same.”

Nicholas had left his home in Glasgow in the mid-2000s to travel Europe after losing his job as a joiner. Joyce originally reported him missing in 2009, but later found out he was in a hospital in France. She flew over to visit him in 2010, and he was due to travel home before disappearing.

Joyce received the shock news that he was alive when the British Consulate contacted her to say he had been admitted to a French hospital for a second time.

She added: “I spoke to him on the phone. He looks healthy. I can’t imagine what he’s been through. I’m not building my hopes up until I get him home.”

Changing of the Guard RETURNS to Buckingham Palace