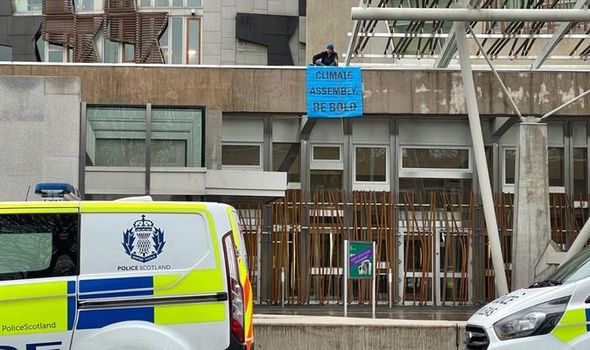 Pictures from the scene show a man sitting cross-legged on the building holding a sign that reads: “Climate assembly, be bold.” Police and firefighters are at the scene. The protester appears to be acting alone.

Climate change activists have in the past descended on public institutions to gain publicity for their cause.

The man continued to climb higher while police officers stood below shouting at him to retreat.