Home » Europe » Scottish Tory MP ridicules Sturgeon’s call for independence – ‘Get on with your day job!’

Nicola Sturgeon on Wednesday announced she will seek to hold a new independence referendum by 2021 if the British Government succeeds in securing a Brexit deal and quit the European Union. But Scottish Tory MP John Lamont ridiculed the First Minister, demanding she “get on with your day job” and address prominent issues in the Scottish schooling, health and transport systems. Addressing Leader of the House Andrea Leadsom in the Commons on Thursday, Mr Lamont said: “Despite Scotland’s NHS failing, despite Scotland’s schools failing, despite Scotland’s transport system failing, the First Minister of Scotland Nicola Sturgeon has announced she’ll be pushing ahead with a second referendum to break up the United Kingdom.

“So could we have a debate to discuss the need to respect referenda results, and would the Leader of the House join me in reminding the leader of the SNP that Scotland voted to remain part of the United Kingdom?

“They do not want another divisive referendum and Nicola Sturgeon to get on with her day job.”

Analysis conducted on behalf of Scottish Labour released earlier last week suggested funding for pupils in Scotland has fallen by hundreds of pounds per child since 2010. 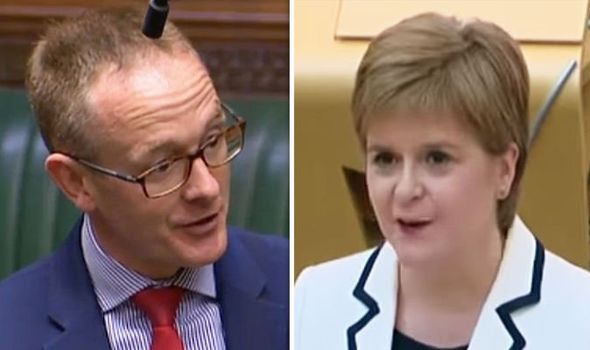 Health boards across Scotland have been forced to make “difficult decisions” over how to pay for new drugs and staff wages as they struggle with a funding gap of at least £335million.

The huge hole in hospital budgets over the next 12 months comes despite SNP finance secretary Derek Mackay using a Treasury windfall to give the NHS a five per cent funding boost.

But in spite of the issues plaguing Scotland, Nicola Sturgeon told MSPs Scottish voters should be offered the chance to decide whether to remain in the UK once Brexit is potentially finalised on October 31.

Ms Sturgeon stated the “status quo is broken” and called on the Scottish people to be able to decide their own future relationship with Europe.

She said: “A choice between Brexit and a future for Scotland as an independent European nation should be offered in the lifetime of this Parliament. 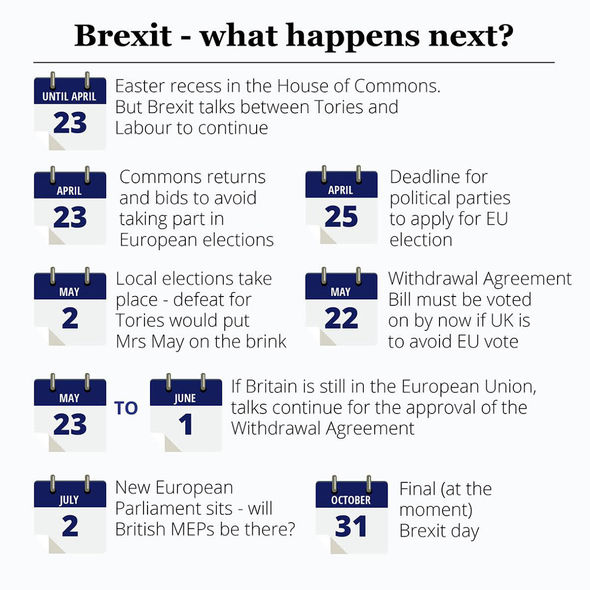 “I can confirm that the Scottish Government will act to ensure that the option of giving people a choice on independence later in this term of Parliament is progressed.”

The SNP leader sparked the immediate reaction of Theresa May, whose official spokesman said: “As we have been repeatedly clear, Scotland has already had an independence referendum in 2014 and voted decisively to remain in the United Kingdom. This should be respected.

“Our position hasn’t changed. Both sides agreed to respect the result of the 2014 referendum. That is what needs to happen.”

The spokesman pointed out that the 2014 vote was described by parties on both sides as a “once-in-a-generation referendum”.

He added that all Scottish parties in 2015 had signed up to the recommendations of the independent Smith Commission, which said the power to hold independence votes should continue to be reserved to the British Government.

The commission also ruled that the approval of administrations in both London and Edinburgh should be required for any future referendum.