A carpet of flowers will greet mourners arriving at St George’s Chapel for the Queen’s committal service this afternoon. The Royal Family are among 800 people attending the committal at the church on the grounds of Windsor Castle.

A sea of flowers of all kinds covers the area outside the chapel.

A wreath from Number 10, signed by Prime Minister Liz Truss, sits close to the door, and says: “For a lifetime of devotion and duty we offer our deep and sincere gratitude.”

Inside one of the main entrances to the chapel, a floral arrangement of white blossoms sits in full bloom.

Among the flowers in the chapel were lilies, dahlias, roses, and greenery including Eucalyptus and other greenery picked from Home Park. 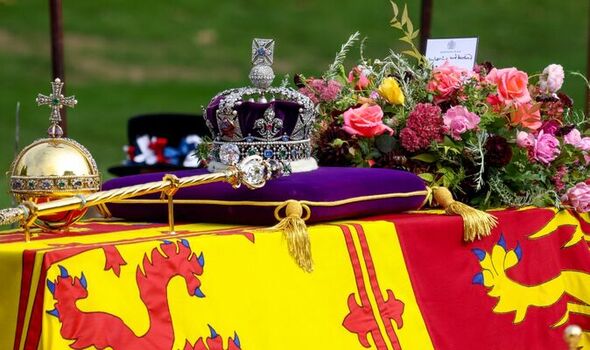 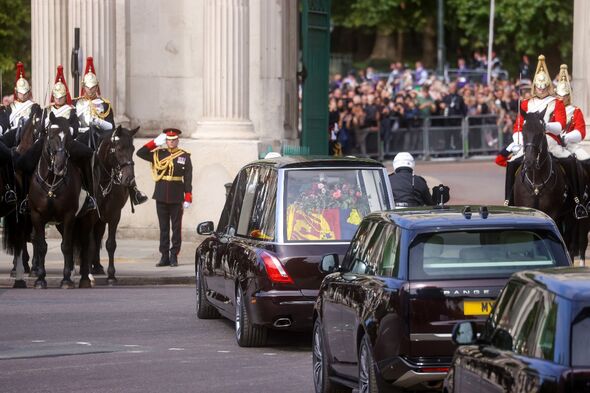 It comes as a wreath requested by the King adorns the late Queen’s coffin.

Cut from the gardens of Buckingham Palace, Clarence House and Highgrove House, the flowers and foliage have been chosen for their symbolism.

They include rosemary, for remembrance, and myrtle cut from a plant which was grown from a sprig of myrtle in the Queen’s wedding bouquet. Myrtle is an ancient symbol of a happy marriage.

These are in shades of gold, pink and deep burgundy, with touches of white, to reflect the Royal Standard. 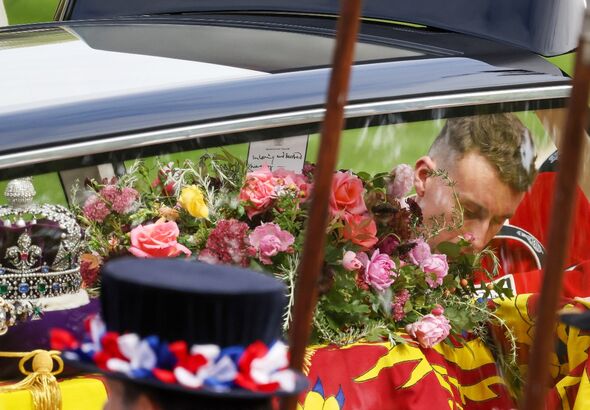 The wreath had a handwritten note which was penned by Charles. The message said: “In loving and devoted memory.”

The congregation at St George’s Chapel this afternoon is expected to include members of the Royal Family, household staff past and present, and foreign royalty.

The televised committal ceremony will take place at 4pm after the Queen’s coffin makes its last journey from London to Windsor following the funeral service at Westminster Abbey this morning.

Hundreds of thousands of well-wishers flocked to London and are lining the route through the capital to say their last goodbyes.

Around 2,000 people including prime ministers and presidents from across the world attended the service at the Abbey at 11am. 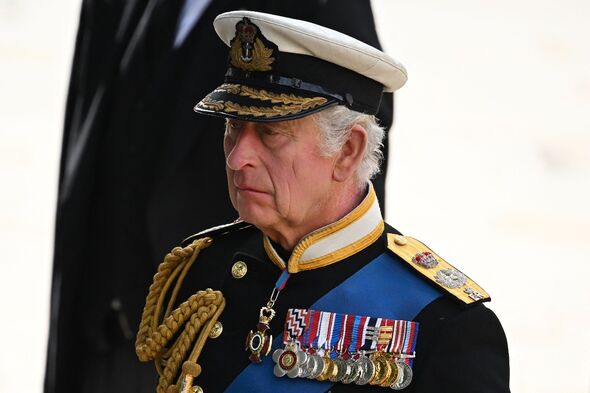 During his sermon, the Archbishop of Canterbury told the congregation the outpouring of emotion for the Queen “arises from her abundant life and loving service, now gone from us”.

Following the service, Charles led royals in a procession behind the Queen’s coffin out of the Abbey and past Buckingham Palace for the last time.

When the coffin reached Wellington Arch, it was transferred to the state hearse to be driven to Windsor.

The nation’s longest-reigning monarch will be buried with her beloved late husband Prince Philip in the King George VI Memorial Chapel.

A private burial service, attended by the King and other members of the Royal Family, will take place on Monday evening.

M6 traffic latest: M6 CLOSED in both directions all night